It is possible to jailbreak iOS 6.1 on iPhone 4, iPhone 3GS and iPod touch 4G, albeit tethered. Earlier today Apple finally released iOS 6.1 firmware for the public. While an untethered iOS 6.1 jailbreak release is going to take place real soon, at this point in time A4 based iOS devices can be jailbroken tethered on iOS 6.1 firmware using redsn0w.

A4 based devices are easier to jailbreak because they are susceptible to the Limera1n bootrom exploit. A5 and A5X based devices don't have a bootrom level exploit, which basically means that they can't be jailbroken tethered or untethered at this point in time. Jailbreak developers have found userland exploits that they are going to use for iOS 6.1 untethered jailbreak, and are expected to release the new jailbreak by Sunday.

As previously mentioned, right now it is only possible to jailbreak iOS 6.1 tethered on iPhone 4, iPhone 3GS and iPod touch 4G. Since it is going to be a tethered jailbreak you will need to connect the device to the computer in order to do a tethered boot, if the device is shut down or it runs out of charge. The sensible thing would be to wait for a few days until the new untethered jailbreak is release, though if you absolutely must jailbreak iOS 6.1 right now, follow the easy to understand steps given below.

Step 1: You'll need to download both iOS 6.0 and iOS 6.1 firmware files for this procedure to work.

Step 3: Launch redsn0w on your computer. Click on Extras followed by Select IPSW. Now select iOS 6.0 firmware file, repeat 6.0 NOT 6.1,  that you have previously downloaded. 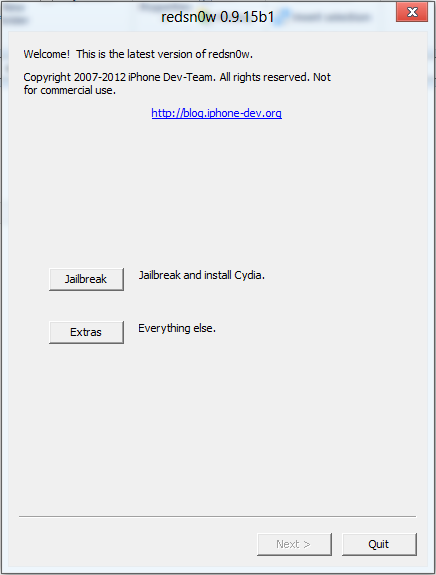 Step 4: When redsn0w has finished verifying the firmware file, click on Jailbreak from redsn0w's main screen. The click on Next followed by Install Cydia. Redsn0w will now display on screen instructions to put your device in DFU mode. Follow them to the letter. 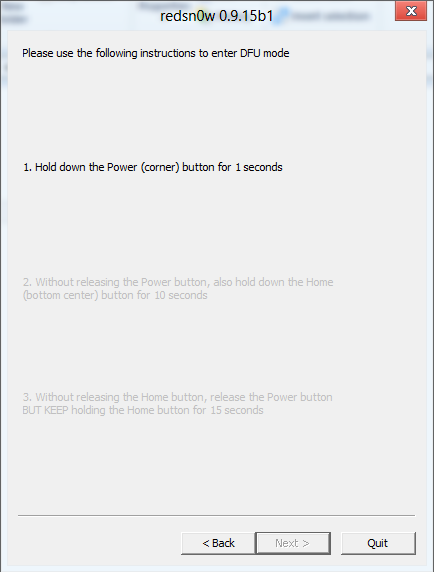 Now sit back and let redsn0w jailbreak iOS 6.1 firmware on your device. Cydia will automatically be installed on your device. When its done, just check the “Autoboot this device when it connects in DFU mode” option. Since this is a tethered jailbreak you will need to perform a tethered boot if the device shuts down. To do that simple launch redsn0w, click on Extras and then on Just Boot. It will take less than a minute and the process is automated.

That concludes our guide on how to jailbreak iOS 6.1 on iPhone 4, iPhone 3GS and iPod touch 4G. An iOS 6.1 untethered jailbreak for iPhone 5, iPad 4, iPad mini, iPod touch 5G and other new devices is expected to be released as early as Sunday. Things are certainly looking up for the jailbreak community again.