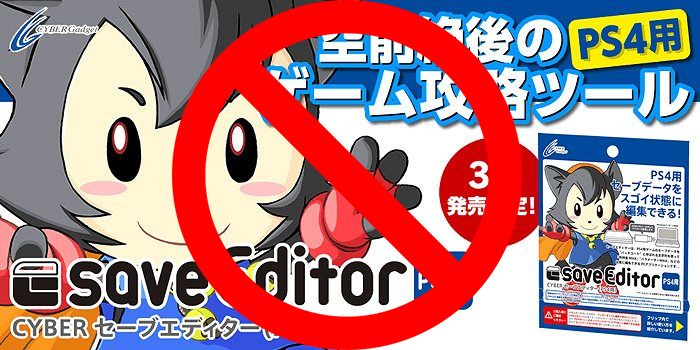 Last month Japan took a very strange turn towards anti-consumerism by bringing in one of the harshest laws I've seen in recent times, in a free and open country, related to the entertainment industry. In an amendment to the Unfair Competition Prevention Act (currently only in Japanese text) three core acts have been banned.

Having been translated and posted on Reddit by user bparker06, as well as covered by the website NintendoSoup, we now know what these acts are:

According to NintendoSoup, committing any of these acts can result in up to five years in jail or a fine of up to ¥5 Million (roughly £36,900 or $46,500 at time of writing), potentially both.

In addition to affecting companies that provide these services, the law also affects individuals and products. Stores can no longer sell game-editing software and in particular, it directly affects people themselves. Nintendo, in particular, will be happy with this ruling as they are ardent in their 'protection' of their products. Recently the company has sued a man in California with another man in Japan being arrested, both for selling modified consoles.

What is more interesting is how this will be policed in the case of a person selling a CD key to another. Sites like G2A can, naturally, be tracked. This law will, no doubt, bring forward cases where companies will either attempt to sue G2A within Japan or at least have the site be banned within the country.

It also remains to be seen how this will affect sites and programs like Cheat Happens, Cheat Engine and a wide range of modding and emulators. From what I can find and read, only console titles are specifically mentioned, though there isn't anything to say that this is exclusively limited to consoles and not the PC. I would imagine, in the case of emulators, the PC is included as playing older Nintendo titles is possible via emulation.