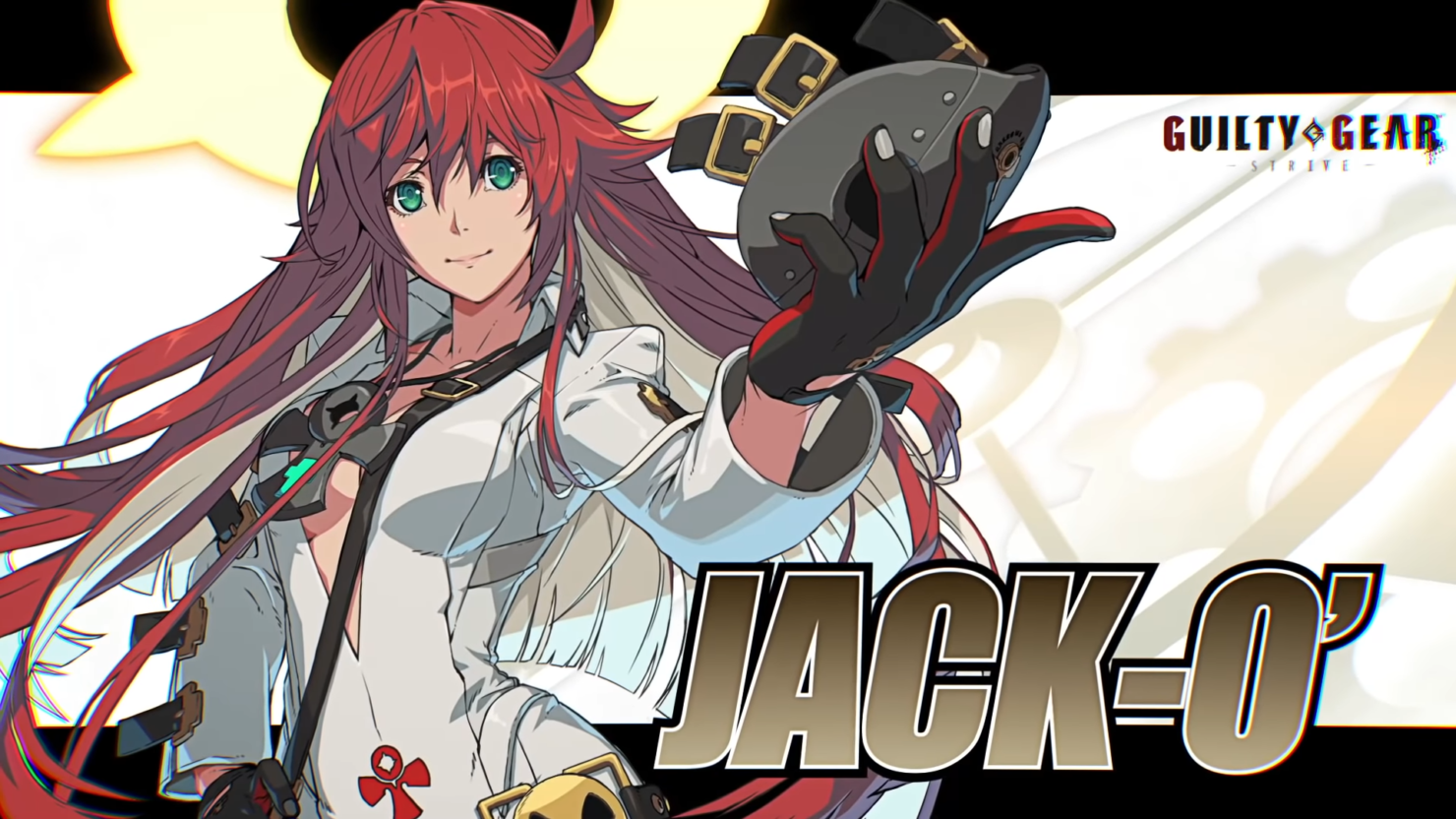 Nearly a month ago, Goldlewis Dickinson was added to the Guilty Gear Strive roster. Known as The Secretary of Absolute Defense, he brought a style focused on his special move Behemoth Typhoon, along with various tools to mix your opponent through overheads and side-switch shenanigans.

Now, Jack-O' is coming back to Guilty Gear as a DLC. This isn't the first time this character comes up as a DLC. Jack-O’ was originally a DLC character in Guilty Gear Xrd. Now, she will fulfill the same function as DLC for Guilty Gear Strive.

She's an artificial life form fused with the protagonist Sol’s former love’s consciousness with high skills in combat and a powerful arsenal that allows her to overtake her opponent easily.

Her playstyle focuses on using her summonable minions to advance onscreen and attack the opponent. The minions themselves have been reworked, though, as she lost her previous gimmick of setting houses to automatically spawn them (which could lead to the screen getting extremely cluttered and busy if she had momentum).

Instead, Jack-O' can have three minions active at a time and set them to detonate on a countdown or launch them across the screen, turning them into pseudo-projectiles. We've seen this before with playstyles focused on minions like with Pom in Them's Fightin' Herds. Anyways, before I start rambling, here's the trailer for Jack-O':

Jack-O' will become a playable character from August 27 for Season pass 1 holders. Afterward, on August 30, she will be available for individual purchase. In addition, Arc System Works will add a new color pack for a select number of characters. There's 2/5 characters coming to the Season Pass, who do could be next?

Guilty Gear Strive is currently available on PlayStation 5, PlayStation 4, and PC through Steam. Do you have any other upcoming character ideas? Tell us about them in the comments section.