I’ve written a couple of times over the years about the threat to jobs by technological automation and several pieces of news this week feels make now feel like an appropriate juncture to pick up the thread again. For a primer on the relationship between interest rates, job automation and inflation, have a read of this piece where I discussed some of the considerations facing the Fed. Of importance will be the basic understanding of the traditional interpretation of the Phillips Curve. An economic idea which fairly effectively conceptualised the basic principle that the level of unemployment within an economy had significant bearing on price stability, or inflation. The Phillips Curve in its original form however was broadly disproven in the 1970s when stagflation occurred (high inflation along with high unemployment), but it’s worth keeping in mind that this doesn’t mean the relationship doesn’t exist, more that it cannot be assessed in a vacuum since consumers and workers may also have a view on future inflation and unemployment rates and adjust behaviour accordingly.

As with much of the world then, the basic principle was expounded, somewhat proven, disproven under some conditions and refined over time. It’s important to understand that just because the basic theory put forward by the Phillips Curve didn’t hold true for 100% of scenarios, it doesn’t mean that the entire idea is dead in the water. Indeed, most central banks/governments around the world today still operate the levers of monetary policy on the basis of some linkage between inflation and unemployment and for the most part, it has allowed the global economy to continue functioning as expected.

Well this week, we had a couple of major pieces of news with bearing on the topic. First of all, Fed Chair Jerome Powell, basically testified before congress that “this time is different” (context, read this book), stating that the relationship between inflation and unemployment has gone away. It’s important to understand the profound economic significance of a statement like this coming from the Fed Chair. The basic principle of the Fed is to pursue a monetary policy which attempts to achieve full employment and price stability via monetary policy. It’s no mistake that these were the factors chosen as they are supposed to be competing and somewhat unable to be achieved in tandem for any length of time. If the relationship between unemployment and inflation no longer exists, surely the Fed should just drop rates to zero and shut up shop, counting its blessings that it doesn’t need to worry about an overheating economy or inflation ever again. Ok, it’s a slight exercise in reductio ad absurdum but you get the point. 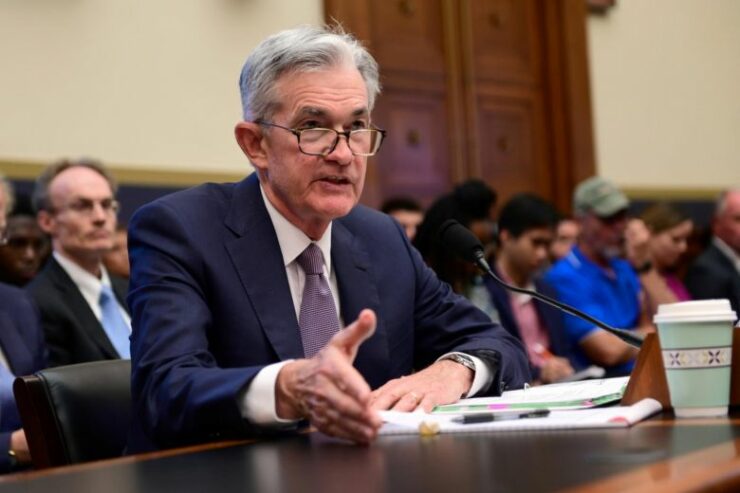 Invariably people talk about new economic paradigms that challenge the traditional understanding and make it no longer relevant and while it’s true that most theories get refined over time, the basic linkage between inflation and unemployment has also been proven on numerous occasions. Indeed, in his testimony to congress, Powell contradicts himself after he said the link has gone away by saying it’s obviously still there. Here then, we see a man under significant political pressure to cut rates and scrambling for a justifiable reason grounded in economics to do so.

So why are people talking about new economic paradigms and the old rules no longer applying? As usual, the argument is a technological one. Technology as an enabler of growth despite low unemployment and without causing significant inflation (we don’t pay robots after all, they’re a capital expenditure rather than an operational one like headcount is), this of course is where Jeff Bezos comes into the story, with the announcement yesterday that Amazon (NASDAQ:AMZN) is planning to retrain a third of its US employees over the next 6 years at a cost of about $700 million. What does this have to do with the Fed cutting interest rates?

When we talk about productivity, at the simplest level, we’re talking about the ratio of output to input produced by work. As technology has advanced, productivity has grown. What used to take ages to do is now done quickly by washing machines, dishwashers, vacuum cleaners, computers, algorithms, bicycles, cars, aeroplanes, tractors and more. Technological innovation and automation then has always further extended the ability of humanity to continue to drive economic growth for longer before inflation kicks in. Amazon is a great example of this, a highly automated organisation which has used technology to innovate and drive down the costs of operation associated with the traditional retail bookshop (that feels like a long time ago now), to providing huge amounts of retail shopping items as well as cloud computing and more.

The thing is, where some organisations that are able to automate human jobs away may think to themselves “great, I don’t need those people anymore, I’ll just get rid of some of them and boost my profit margin”, Bezos has taken a different approach and seems intent on supporting the next stages of his employees career development to allow the behemoth that is Amazon to continue growing and it’s initiatives like this which give economists dreams of the possibility to enter a virtuous circle of investing and continually achieving greater productivity as a result of that investment which would allow for the link between unemployment and inflation to be permanently broken.

For the moment, it is of course unlikely that the linkage has been completely broken (even if it has undoubtedly been stretched by the technological advances of the current economic cycle), but Bezos’ seemingly decades long lack of desire to truly monetise Amazon may be an example which the Fed points to in future as justification for cutting interest rates further because growth in productivity rates can continue to occur with huge retraining initiatives like this and continued investment in technological automation. Automation is absolutely coming, jobs will absolutely disappear because of it, but for the time being at least, Amazon is showing that humans are not becoming redundant just yet and it is investing to ensure it can best make use of the ones it has.

The more that productivity and the economy can continue to grow without inflation jumping, it just may give the Fed Chair enough breathing room to allow him to give President Trump (and the markets too) the interest rate cut it so desperately wants. That doesn't mean the link is gone however and keep an eye out. Everyone should know that inflation is a lagging indicator...