There Will Be No Iron Sight Aiming in Star Wars Battlefront

Some very interesting news has come out regarding the aiming mechanism in Star Wars Battlefront. Namely that there won't be any iron sight aiming at all, only aiming down optics. 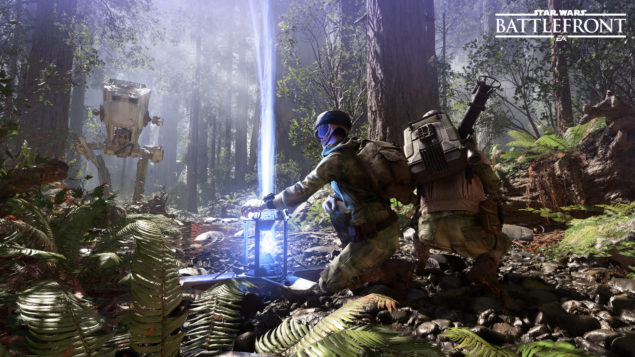 An executive producer from DICE sat down with the Official Xbox Magazine and had some very interesting things to say regarding the aiming mechanism that was going to be present in the upcoming Star Wars shooter, though he was unable to expand any further on the information.

Traditionally iron sights are used to signify a greater level of control on the weapon and help to add increased accuracy. Just as in the Star Wars Battlefront 2, though, there will be no representation of iron sights.

Patrick did further elaborate on why they're taking a relatively new direction compared to Star Wars Battlefront 2, giving us at least a little insight into what they're thinking.

"We’re not taking into account what we’ve done before, because I think that would be disrespectful to the fans, and to what we’re trying to achieve here. A lot of the things you saw in the game have nothing to do with anything we’ve done before. Some features of course resemble [our other shooters], because we want to make the best possible shooter, but in general we’ve tried to do something completely unique."

Does this mean that all weapons aside from those specifically with optics are going to be relegated to a simple small zoom feature? Or are they going to at least replicate what we perceive as a the optics for the DL-44 blaster (it's on the top for crying out loud) and the E-11? Even though it's a traditional gameplay mechanic, they could have something completely new in mind for us. That doesn't mean that it'll be accepted easily, or at all, by the masses. But again, they're trying to differentiate from the Battlefield franchise.