Daedalic Entertainment is quickly becoming a much more interesting publisher to me. Much like Focus Home Interactive, Kalypso Media and Bigben Entertainment, Daedalic Entertainment are what you could best describe as mid-tier. AA if you will, though they are dealing with big IP's in the form of Lord of the Rings. You know what, that's a great position because it's there that you find some of the more interesting and experimental titles. The question is: Does Iron Danger fit this description?

One aspect certainly fits this description. That is the fact that Iron Danger is all about time, essentially measured by the heartbeats of the main character, Kipuna. Set in a world of Finnish folklore, Kipuna was just a regular girl until she was pierced in the heart by a crystal that gave her the ability to turn back time. Using this ability - well, you can't lose. Ever. 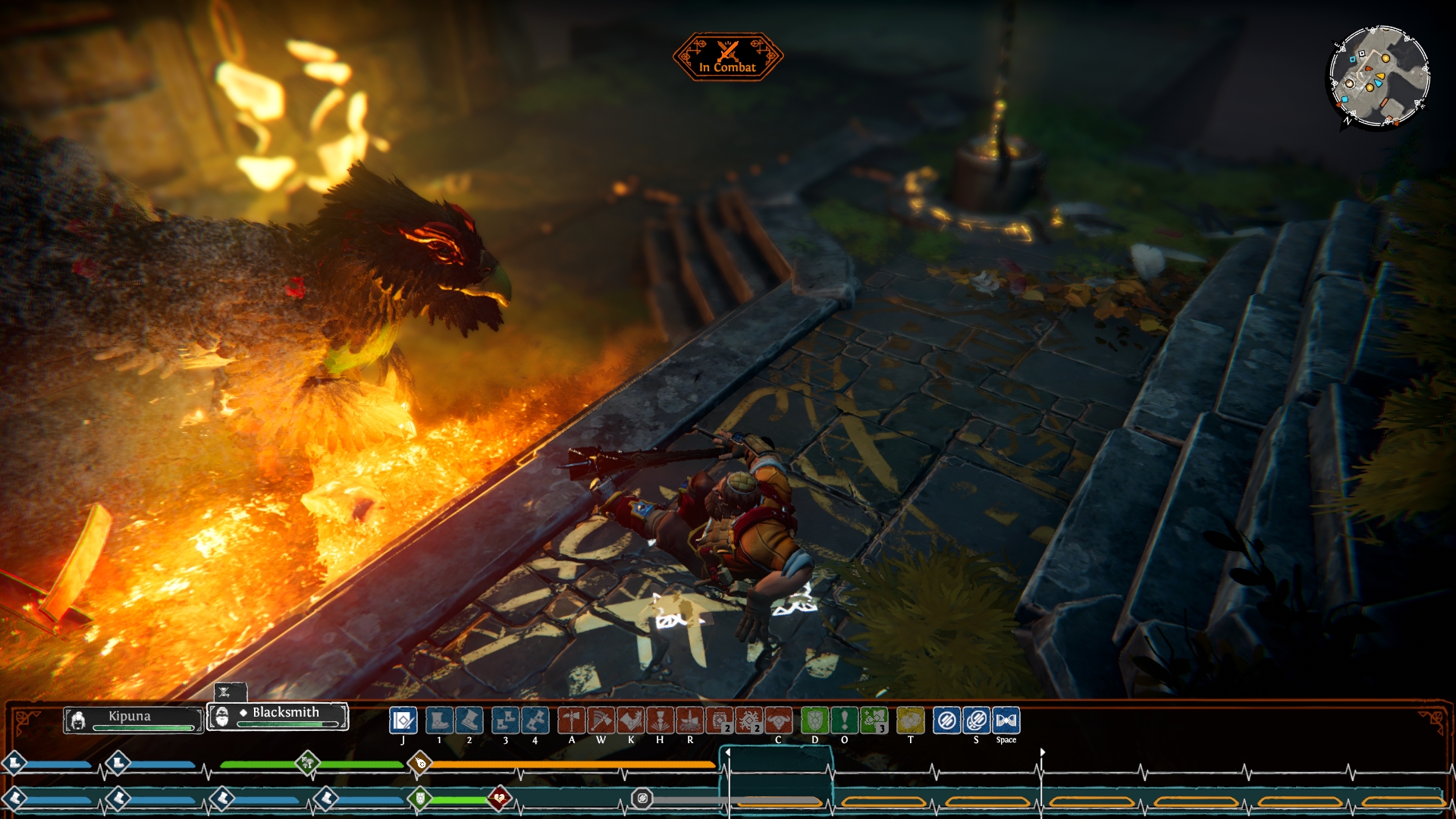 "A game without an end-state?" I hear you ask. I asked the same question and it doesn't seem that there isn't an end-state. This isn't to say you won't die. You're going to die a lot. It's more the fact that as soon as Kipuna or one of your characters dies, everything stops. I like to believe that Kipuna can't fathom losing someone she values so highly, nor does she want to die herself, so stopping time and letting you go back is her defence mechanism.

It's this mechanism that interests me so much about Iron Danger. Combat, in games, has always been a puzzle of sorts. Only now it's more in line with that of a puzzle game than anything else of its kind. At any point, the games turns, dictated by a bar at the bottom of the screen, is measured by heartbeats and you can go back a maximum of ten heartbeats. Fortunately, you know exactly what's going to happen and where the enemies are moving, letting you pre-empt them.

With the battles I was shown during my preview at Gamescom, it's certainly going to be interesting how it will all work out. Not only because of the fantasy setting, so naturally you have magic and other similar elements, but also due to the fact that the game also has a bit of steampunk to it. Guns and huge-hulking mechs will also be amongst the things attempting to kill Kipuna and her allies, so you're going to need your wits about you. 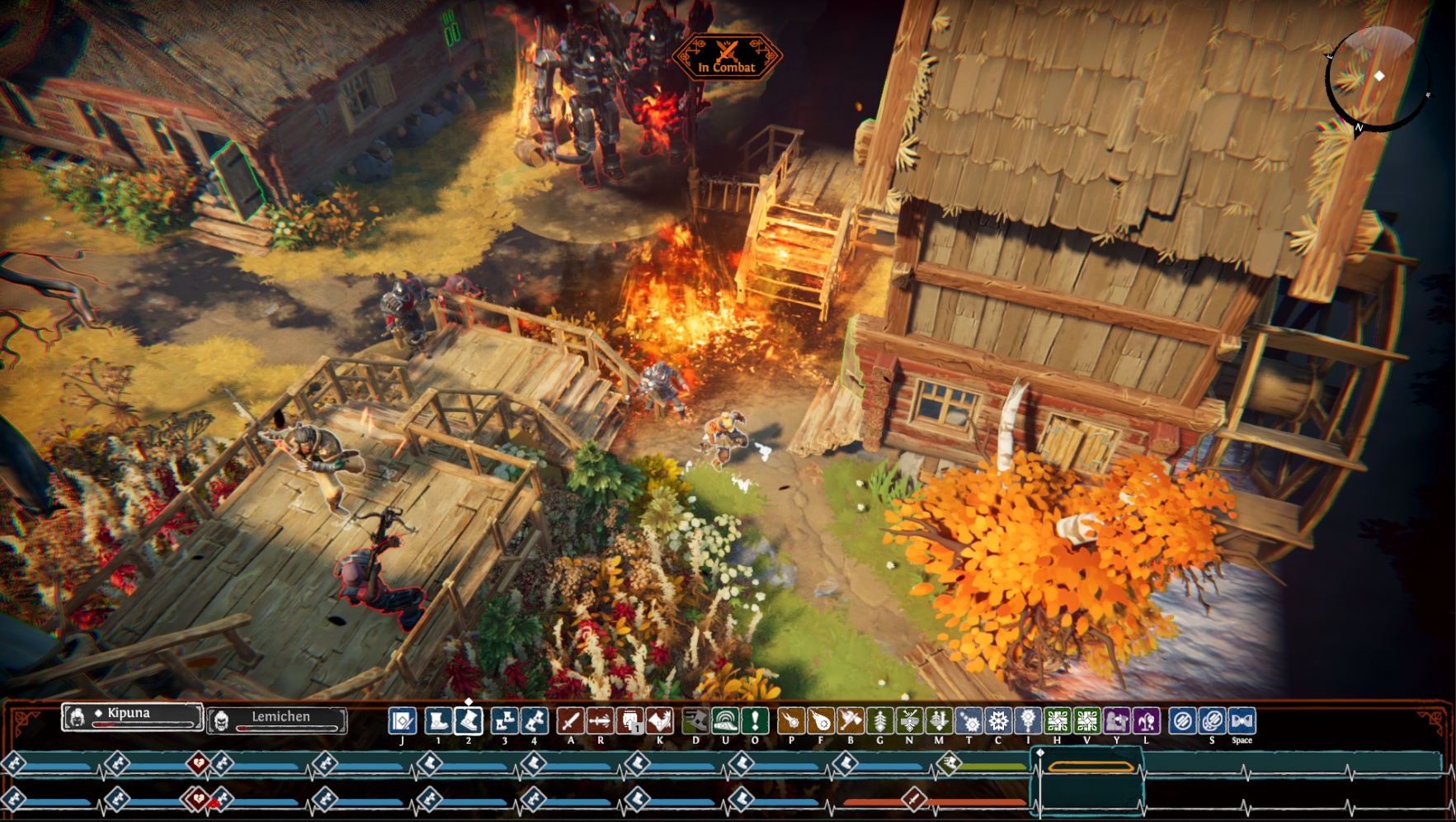 More than just your abilities and how you're using them, you'll also want to utilise the environment to your advantage as best as possible. You'll be able to do this both in and out of battle, combining your abilities with what you see around. For example, you see some wet ground so why not use an ice-based ability to freeze it, restricting movement or causing somebody - or something - to slip. Surrounded by long grass? Not only can you hide in the grass to get yourself an advantage, but you could also set it on fire to cause a fair amount of damage to anything foolish enough to run through.

It's using the environment and your regular abilities combined with the time travel that allows for a different type of game. Turn a corner and happen to run into a group of enemies? Don't worry, just pop back in time and you could set a trap, lure them in and cripple them before the battle even starts. It's all quite interesting and something I'm surprised I haven't seen more of.

All of it reminds me of a mixture of XCOM, with a dash of SUPERHOT and Frozen Synapse. Maybe with a sprinkle of Jagged Alliance. Honestly, I'm just naming games now, though I have to admit that due to the rewinding and what is essentially a slow-motion nature of the game, I was begging for a SUPERHOT style recap at the end of a mission. I did ask about that and it's something the developers, Action Squad Studios, have considered and are looking at.

It would be a great addition, though even without it there could be a lot to offer. At the end of each level you will be shown stats like how many times you've died, how many rewinds, amount of time played during the mission but also the amount of time the mission would take - working from your eventual actions - if time wasn't stood still or rewinding. It's designed to encourage exploration of the levels, as well as push the player to replay levels. It wants you to aim for better results, which I can imagine happening if the levels are entertaining and varied enough. 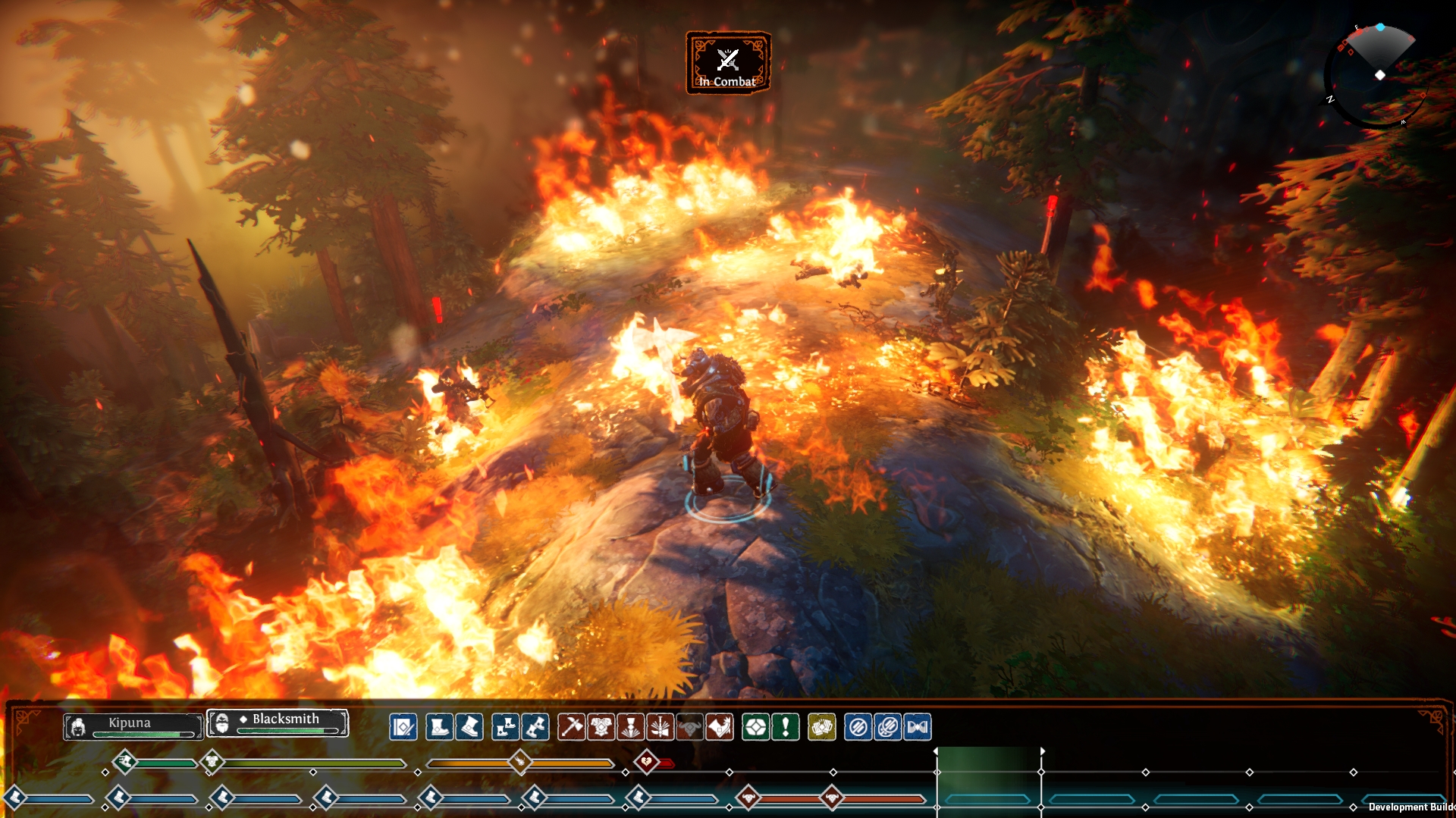 Moving back to the fire for a second. Iron Danger honestly has some of the best fire effects I've seen in a game of this type. It's helped by the colourful design of the game, but just how bright and vivid the fire was, watching it spread, the smoke and embers coming off of it - it all brought out the inner pyromaniac in me. The use of colour with its quite unique style certainly helps to make the game stand out, even where some aspects may not have the same level of detail as some other games.

Due to the mechanics, I'm certainly interested in checking out more of Iron Danger, though it seems I'll have a little while to wait. It's scheduled to release sometime next year, 2020, on the PC. When I asked, the developers did say that they hope to release on consoles. That's understandably going to be down to how the game performs.