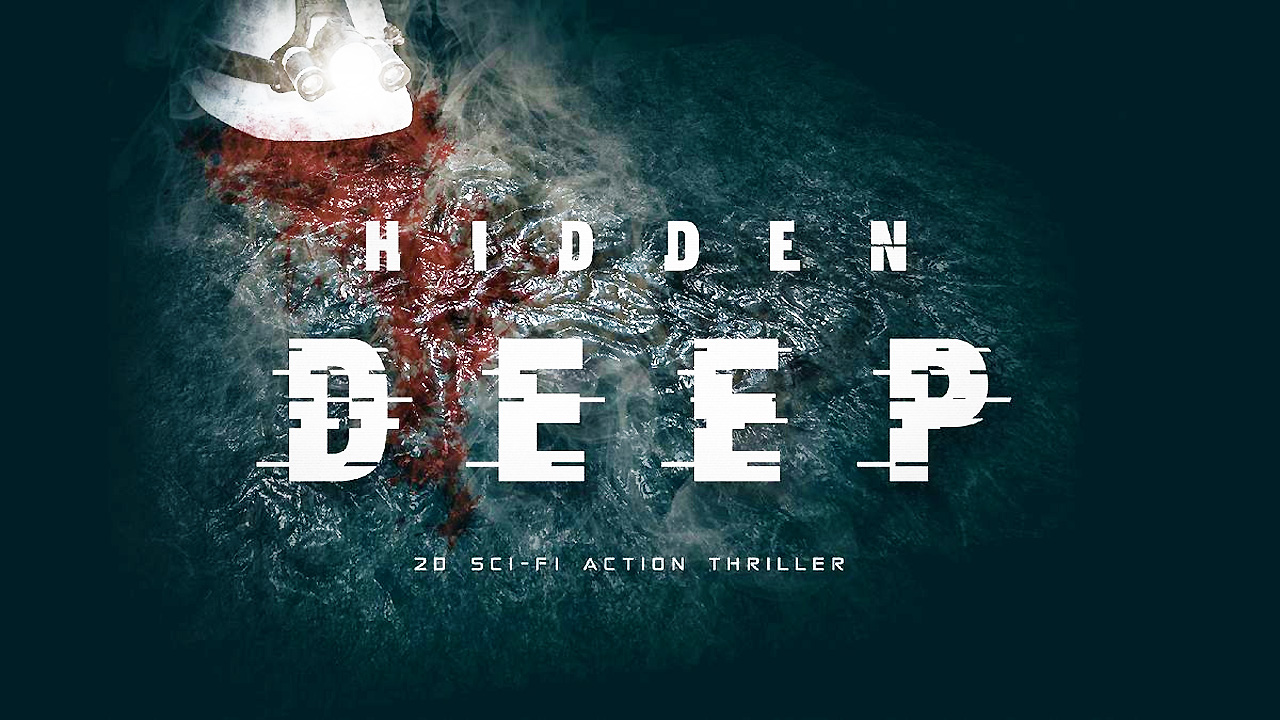 I was intrigued the first time I saw Hidden Deep, the new atmospheric horror adventure from one-man indie developer Cogwheel Software. The game just pushes a lot of buttons for me, as it’s set in a series of deep dark caves (a personal phobia) and takes inspiration from movies like Aliens and The Thing (a couple favorites). Hidden Deep arrives in Early Access form next Monday (January 24), and will launch with eight levels, five of which I’ve currently played through. While I obviously can’t render anything resembling a final verdict yet, I do have some early thoughts about the game’s potential… and issues. 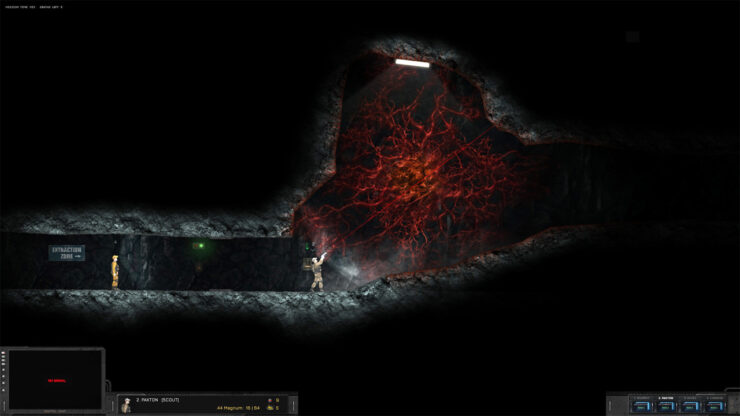 Hidden Deep’s set-up is classic sci-fi horror stuff. Strange signals were detected at a subterranean research station on an inhospitable alien planet. An expedition was sent out to find the source of the anomaly, and surprise surprise, they didn’t come back. Now it’s up to a second crew, which you’ll control, to find out what happened to the first expedition (spoilers – it’s nothing good). Hidden Deep is divided up into levels, with the general goal being to delve ever deeper using your grappling gun and other tools, while rescuing team members, performing various tasks, and killings lots of fleshy little alien abominations.

Speaking of grappling, the first thing you’ll have to come to terms with when playing Hidden Deep are its controls. To put it very charitably, there’s room for improvement here. Despite this being a 2D action-platformer, keyboard and mouse controls are your only real option, as controller support is currently barely functional. Movement is handled with the keyboard, while shooting is somewhat awkwardly assigned to the mouse. Your character’s movement is slow, floaty, and awkward, bringing to mind classic PC platformers like Prince of Persia and Another World (the game’s creator has cited the latter as an influence). Much like those games, your avatar is also very vulnerable, easily dying from fall damage, enemy attacks, and other unexpected dangers. 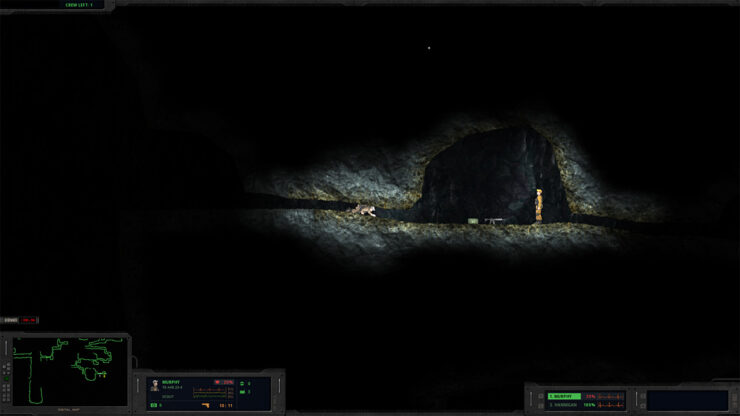 In addition to your basic gun and grapple, you have access to a variety of other tools, including a flying scan ball (think the one used in Alien prequel Prometheus), motion tracker, and more. These are all assigned to seemingly random keyboard shortcuts, and the game’s UI provides absolutely no reminders about what they are. Certain tasks even have their own specific controls – trying to set up a zip-line with your grappling hook is like trying to launch the space shuttle. If this all sounds rather unintuitive, well, you’re right. This is one of the wonkiest control schemes I’ve encountered in a long time. Things only get more complicated once the game introduces multiple characters that you have to control in turn in order to progress and solve puzzles (the game’s 2-player co-op would likely help in this respect, but I wasn’t able to test it out myself). 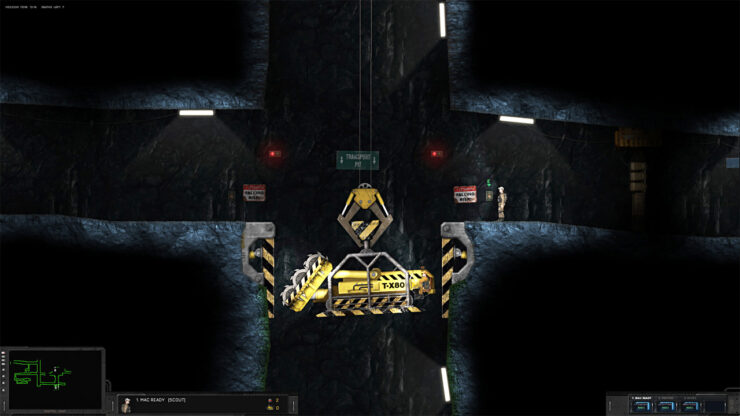 Now, it may sound like I had no fun at all with Hidden Deep, but that isn’t necessarily the case. As frustrating as it can be at times, there is a certain satisfaction in coming to grips with the game’s unique interface and figuring out how best to use your tools. Eventually, you get into a decent groove (at least I did), moving forward slowly, learning by trial and error (you get 15 lives to complete each stage, so you don’t need to fear death too much). At times the level design may seem unfair, but if you think outside the box, you can usually figure out ways to deal with most irritations – for instance, you can shoot walls to lure enemies to you so they aren’t ambushing you during inopportune moments.

I will admit, I’m not sure how much longer my “groove” would have continued if I’d ventured further. Relatively simple early levels give way to more daunting challenges that require you to navigate multiple elevators, cranes, and switches, as well as make use of your full four-person crew. Any more complexity might have pushed past the limits of my patience. 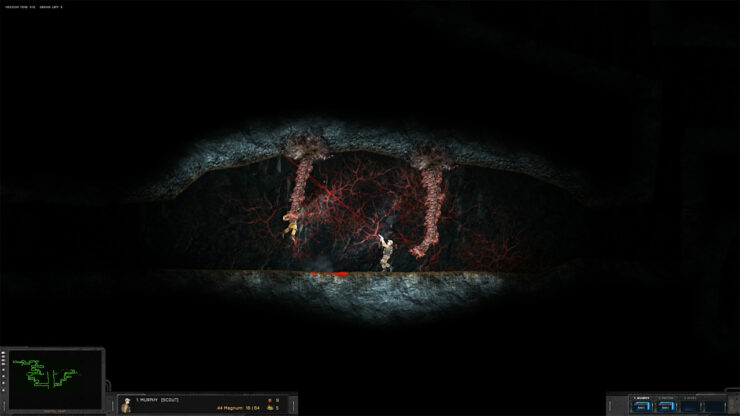 I could see Hidden Deep becoming popular amongst a certain niche audience who like to figure out challenging, mechanically obtuse games. It might also be a hit with streamers given its jump scares and tendency to kill you in often-ridiculous ways. That said, I don’t see it becoming a mainstream hit in its current state. Thankfully, the game is still in Early Access, but without some serious tweaks, Hidden Deep will likely remain buried in Steam’s back catalog.

Daedalic CEO: PS5 Will Be Huge; I Think Microsoft Is Doing Some Things Better Than in the Past