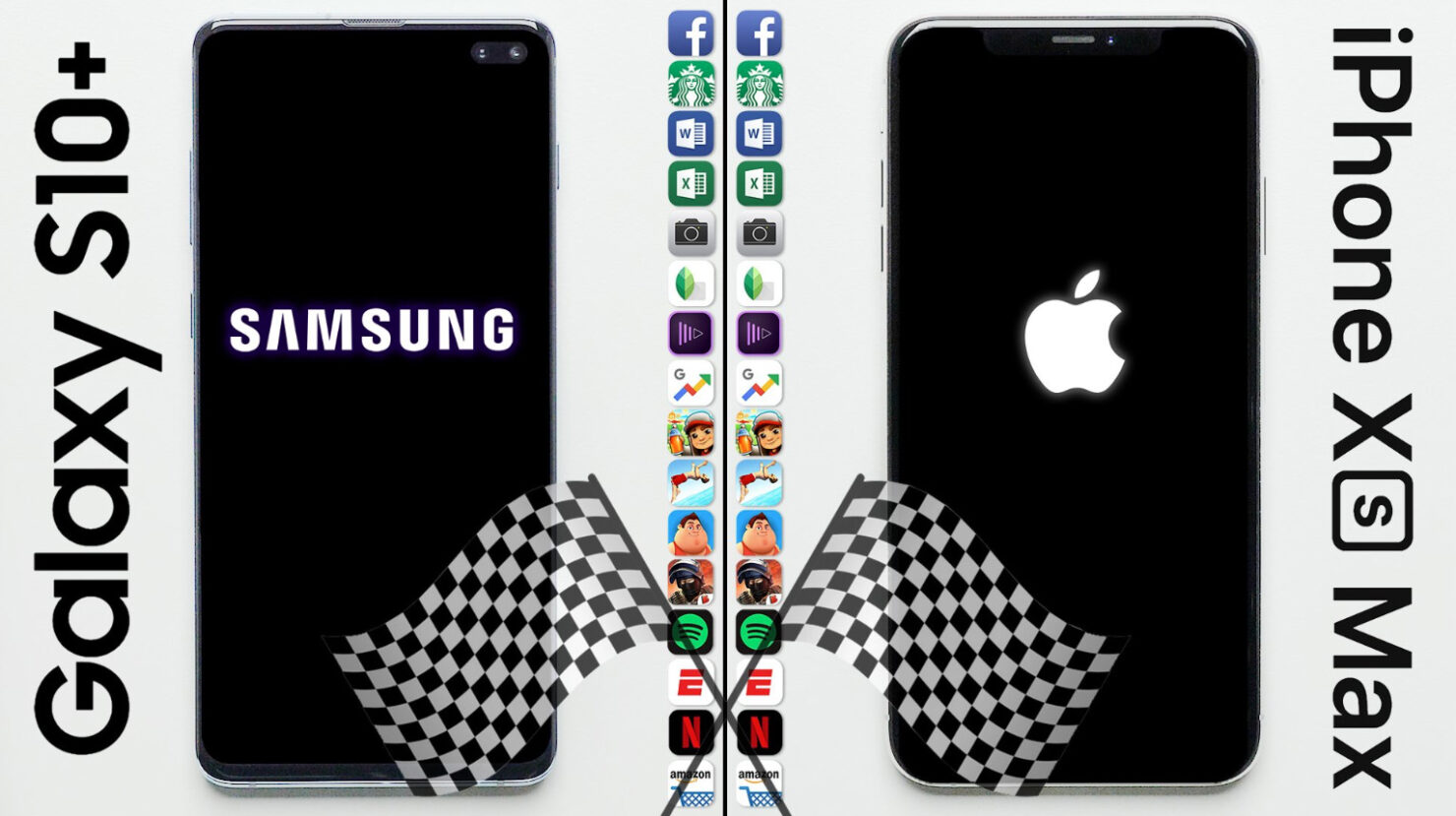 The Huawei Mate 20 Pro and the OnePlus 6T McLaren Edition with 10GB RAM weren’t enough to topple the iPhone XS Max, Apple’s latest and greatest device. It would only be fitting for Apple’s biggest rival in the smartphone space, Samsung to come up with a competitor that would finally be able to best the flagship, even though Samsung took its sweet time. The latest speed test shows that the iPhone XS Max finally met its match, but the competition was always stiff.

Galaxy S10 Plus Features 8GB RAM Like the Mate 20 Pro, but an Upgraded Chipset Is What Allowed It to Gain the Upper Hand

The iPhone XS Max managed to best the Galaxy S10 Plus in the first lap of the speed test, but the performance of Apple’s flagship started to slump as the device found it difficult to retain applications in its available RAM. To recap, the iPhone XS Max features 4GB RAM, which isn’t sufficient for Android flagships, but as most of you know, iOS doesn’t rely on ridiculous amounts of memory.

In the second lap, the Galaxy S10 Plus’ higher RAM count allows the premium device to retain the already opened applications, allowing it to beat the iPhone XS Max by a 16-second margin. To get the most accurate results possible, PhoneBuff states that multiple test runs were carried out, along with a total of 9 trials over a period of several days. This goes to show that you don’t need to have the most premium version of the Galaxy S10 Plus around to best the iPhone XS Max.

To remind you, the top-tier Galaxy S10 Plus features a whopping 12GB RAM and an eye-watering $1599 price tag. However, if you want bragging rights, you can still spend $999 and achieve the same result. If you want to check out PhoneBuff’s video showing the speed test, you can view it below.