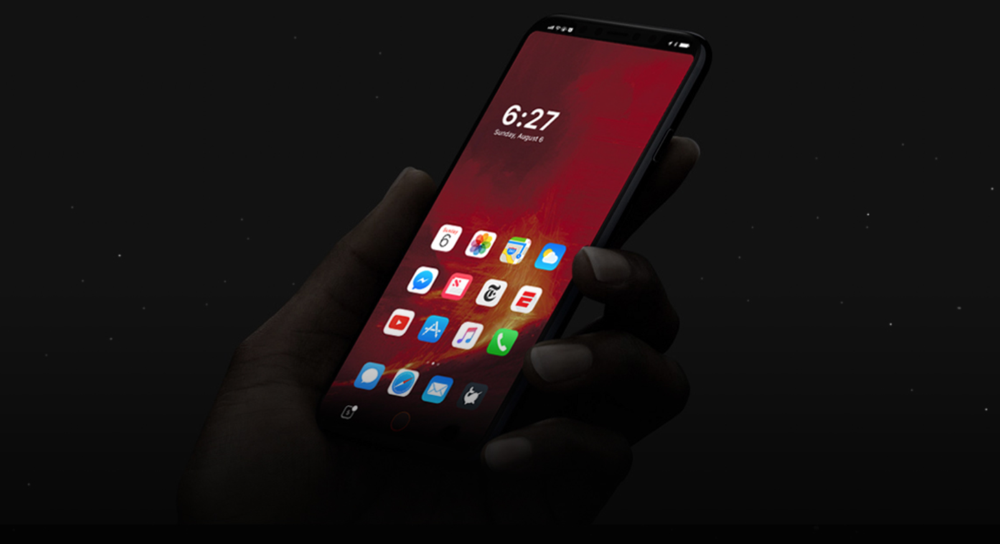 We are all set to receive the iPhone 8 running iOS 11 this year (if the rumors and reports are true). But one designer jumped the gun and imagined an advanced iPhone Pro running Apple's iOS 12 software.

It's all set at this point what features we'll be getting with the release of iOS 11. But it's unclear what the iPhone 8 will bring to the table. There are bound to be surprises which we just can't wait for. While the reveal is far off from present day, one designer named John Calkins worked his designer magic and conjured up the iPhone Pro, complete with iOS 12 as its underlying software. It features a 4K OLED display, screen-to-body ratio unlike any other and bragging rights that can only be found on an Apple smartphone. Check it out below.

The smartphone does indeed look slightly overkill, but it looks like something straight out of the future. The HomeBar along with the virtual Home button gives the phone a screen-to-body ratio that can't be found in any other smartphone.

While we have no clue whether or not Apple will release something similar this year or the next, but what we do know is that smartphones are going to eventually take an all-screen route, ditching those ugly bezels altogether for an extremely immersive experience on the go.

What do you think about today's iPhone Pro concept? Do you believe it's the future of smartphone and a route every manufacturer should take going forward? Or is it just a bit too overkill and provides us with standards that are a little hard to achieve? Sound off in the comments section below.

Before you head out make sure you check out the following links.