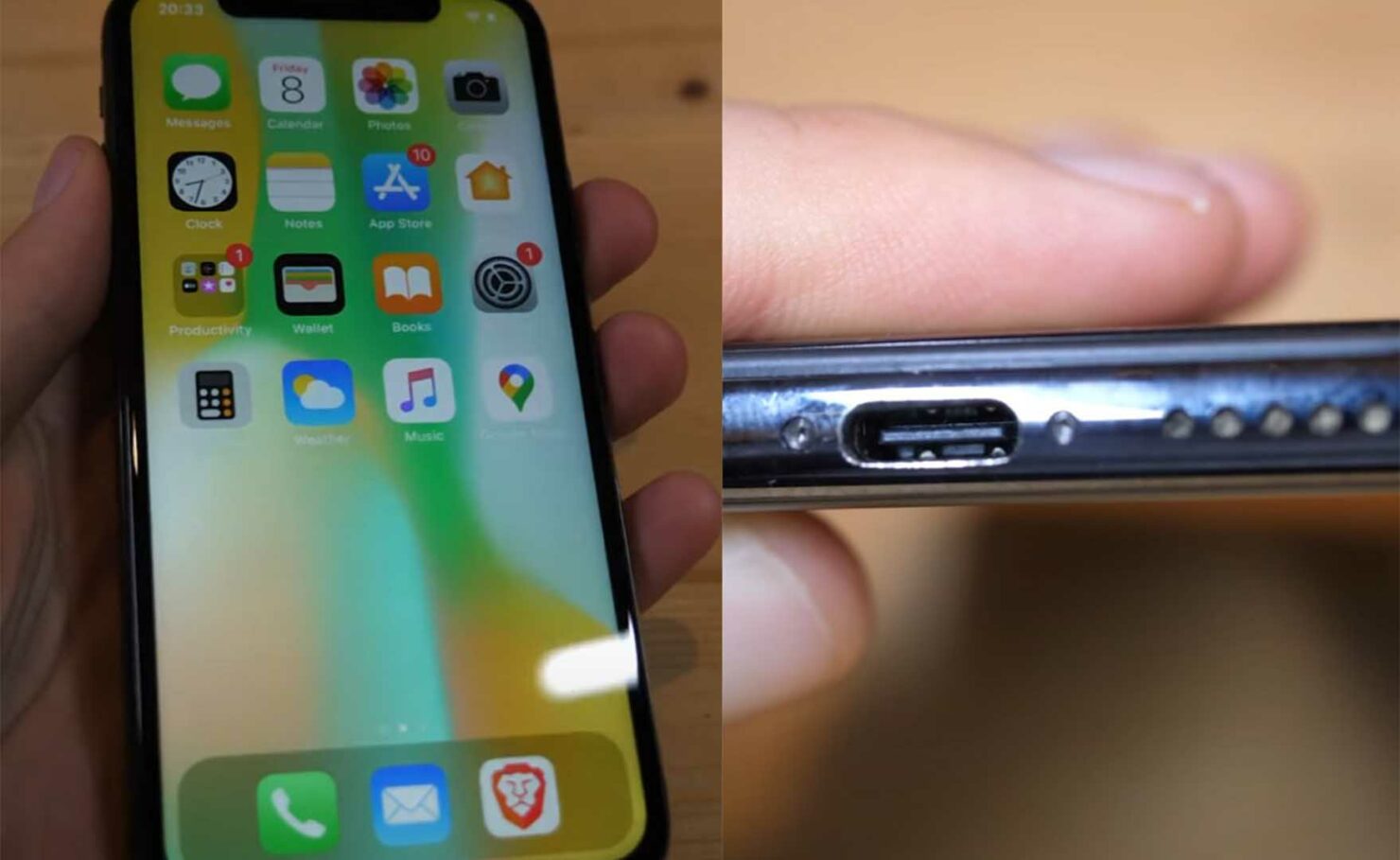 We are still waiting on the day that Apple will unveil an iPhone lineup that uses USB-C ports instead of Lightning, but so far, nothing of that sort is likely to happen this early. However, one modder replaced the Lightning port on his iPhone X with a USB-C one, though the process is not as easy as desoldering one part and attaching another.

Switching a Lightning port to a USB-C one is not as easy as one might think. According to Kenny Pi, Apple’s C94 connector was reverse-engineered to make a PCB with a female USB-C port. Even after the blueprints were in place, another challenge was to shrink the PCB down and install it in the iPhone. If you noticed, a smartphone has minimal space to work with. The entire process took months to complete, which is not surprising.

In late September, Kenny Pi designed and ordered a flexible PCB so that the Lightning to USB-C port switching can happen as easily as possible. He does mention in the video below how he managed to squeeze the board to be compatible with the iPhone X. The entire process shows how difficult it is for DIY enthusiasts to perform port switches themselves, and keep in mind that this procedure was repeated on the iPhone X, a model that was released back in 2017.

With the iPhone 13 series, there is no telling what security measures Apple has in place to prevent such modifications from happening. Thankfully, the modded iPhone can not just receive power, but can also perform data transfers seamlessly when its USB-C port is utilized. Unfortunately, performing repairs on this handset would not be possible now as Apple prohibits users from performing any form of modifications on the company’s products.

The measures put in place by Apple may also hint that the technology giant will be slow to embrace the USB-C port on iPhones, most likely because of the royalties it receives from third-party accessory manufacturers to be allowed to make products using the proprietary technology. Apple has slowly transitioned its products to the USB-C interface, with the iPad mini 6 being the latest addition, but its progress to take iPhones and AirPods to the same category may take some time.

In fact, with the introduction of MagSafe, it is entirely possible that Apple removes the charging port on iPhones before introducing USB-C altogether, and that will be a sight to behold. The EU recently proposed a new legislation that would force Apple to incorporate USB-C ports on future iPhones, AirPods, and iPads, stating that sticking with Lightning ports stifles competition, forces consumers to pay more, and has harmful effects on the environment.

Make sure to check out the video below and let us know down in the comments on what you think.