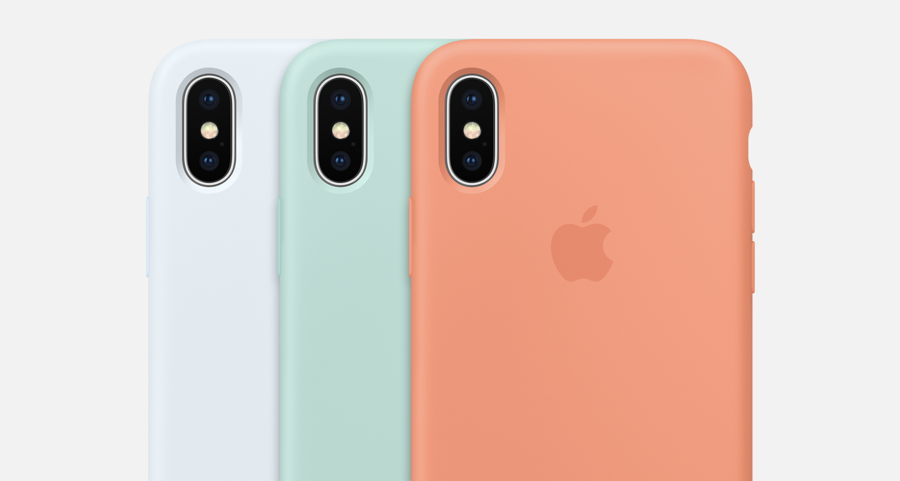 After a brief pause, we've got some more leaks for two of Apple's upcoming iPhones. Right now, reports suggest that the company will launch three new smartphones this year. Two of these, will expand the current iPhone X to a larger form factor, and upgrade it. The third will feature an LCD display with Apple's proprietary True Depth camera setup. Now, a fresh case renders leak provides details for the iPhone 9 (Apple's rumored 6.1" LCD iPhone) and the iPhone X(s) Plus (an iPhone X upgrade with a 6.5" OLED display). Take a look below for more details.

After several years of similar design on the lineup, Apple finally upgraded the iPhone's form and design with last year's iPhone X.  The smartphone is the first mobile gadget from the company which features an edge-to-edge OLED display and a front camera sensor capable of accurately generating 3D facial maps.

Now, after the starting $999 price tag for the iPhone X drove up Apple's ASP, the company will bring  3D facial recognition to a semi-affordable smartphone this year. A lot of sources believe that we'll get a 6.1" LCD iPhone with a starting price ranging between $699-$799. Tentatively dubbed as the iPhone 9, this smartphone will remove features such as 3D Touch to achieve this lower price.

Today, we've got some fresh case renders of the iPhone 9, that corroborate earlier leaks for the device. It's expected that the smartphone will feature a single rear camera setup, that according to our estimate will let in more light especially for low-light scenarios due to a wider lens. The smartphone will also feature a display notch to house a True Depth camera setup.

After Apple's upgrade with the iPhone X, one question which jumps up is: Are things back to normal? Prior to slowing down with the iPhone 7, Apple generally upgraded the lineup's design one year and then proceeded to refine it in the next. Rumors for an iPhone X(s) and iPhone X(s) Plus suggest a similar strategy for 2018, with the iPhone 9 looking to serve Apple's business interests more rather than chase innovation.

As you can see above, renders for the iPhone X(s) Plus reveal little change in elemental usage or balance. It's natural and Apple's improvements on the current iPhone X's design will surely be noteworthy. The jump to 7nm for the smartphone's A12 processor will definitely help battery life and Apple's experience with OLED displays will ensure smoother performance for the 2018 upgrade.

More interestingly, the 2019 iPhone lineup is seeing some rather spectacular and far-fetched claims. Not only do sources believe that we'll get a triple-camera setup, what'll be interesting to note is will Foxconn and Sharp's collaboration for Micro LED displays make it on the smartphone lineup? It might and if it does, Apple's fans will have more bragging rights that's for sure. Thoughts? Let us know what you think in the comments section below and stay tuned. We'll keep you updated on the latest.