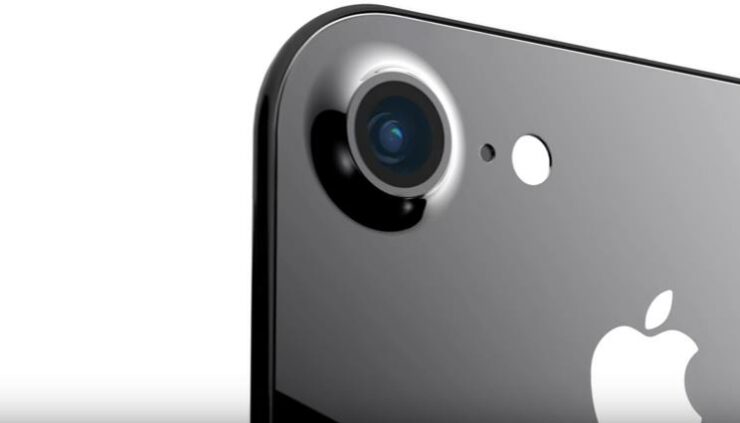 With the passage of time, the rumor mill has started to become increasingly active. We get to see specifications and features of upcoming devices surface months before their launch. Apple's iPhone lineup is a strong feature of leaks, with devices surfacing consistently online through a variety of sources prior to their launch. Now, even with a good ten months remaining until the iPhone 8 is launched, the device continues to be a regular feature of leaks. Today, we've got some more information for you. Take a look below to find out more.

Apple's iPhone 8 Will Feature Wireless Charging Courtesy Of All Glass Body; But With A Catch

Apple's known to not rush in when it comes to adopting mass market features on its devices. Cupertino still uses good old LCD screens for the iPhone and we saw the upgrade to 5.5 inches take place after repeated furor. Still, the company did increase screen sizes and the iPhone 6 Plus turned out to be very popular among users; owing particularly to a large amount of switch overs from Android.

To this end, the iPhone 8 is going to be a device which will upgrade on a lot of areas. We've heard quite a bit about Foxconn and Sharp's merger in China, with the latter all set to churn out OLEDs for the iPhone soon. In fact, the transition to OLED will be temporary for the iPhone. Apple will make the switch to Micro-LED soon after wards, with the later claimed to have several benefits over the former. Today, a reliable source has spoken about another mass market feature which will make it on the iPhone.

KGI securities' Ming Chi Kuo is back today, with some great news for the iPhone 8. According to him, the device will feature wireless charging owing to the material upgrade that will take place next year. The iPhone 8 will be manufactured out of glass, which in turn will make charging the device wirelessly quite easy. However, not all users will get a wireless charger bundled with the device, with the addition to be limited to higher end models only. Kuo also claims that Apple's sole manufacturing partner for the wireless charger will be Pegatron.

The iPhone 8 has seen a lot of claims surface so far. For starters, the device is expected to be launched in three variants instead of the standard two. It's expected to feature an embedded home button, a bezel-less display, 10nm processors and dual OIS rear cameras. The shift to OLED also appears to be a given at this point. Apple's been facing tough love from the market on its flagship smartphone lineup and the iPhone 8 just might be enough to shake things up. Thoughts? Let us know what you think in the comments section below and stay tuned for the latest.