Reducing the battery capacity of future iPhones is not going to be an answer for Apple in justifying the thickness reduction of its upcoming iPhone 8. This is probably the reason why the tech giant has taken a huge bet with its iPhone arriving in 2017, with majority of the changes taking place will be from the inside as well as the iPhone 8’s display.

According to Digitimes, iPhone 8 is finally going to be rid of the LCD panels that Apple has been incorporating in its smartphones for years. There are huge perks of placing an AMOLED panel on a smartphone, and they have been listed below:

Additional details state that the deal is going to last till 2019, suggesting that Samsung is going to supply quite a large number of AMOLED panels for not just Apple’s iPhone 8 but for future iterations of the smartphone as well. In addition to Samsung, it appears that Apple is going to be partnering with more than a few firms in order to keep the pricing competition of AMOLED panels very high to get the best possible deal.

The upcoming iPhone 8 plus an additional 8 models are also going to provide support for a wireless charging feature. This could mean that Apple will be introducing smartphones featuring the iPhone 7s branding, and seeing as how there are 8 possible models that could sport this feature, we have to wonder if there are going to be more models being introduced by Apple in 2017 and 2018 (and by that we mean more than two smartphones per year)? 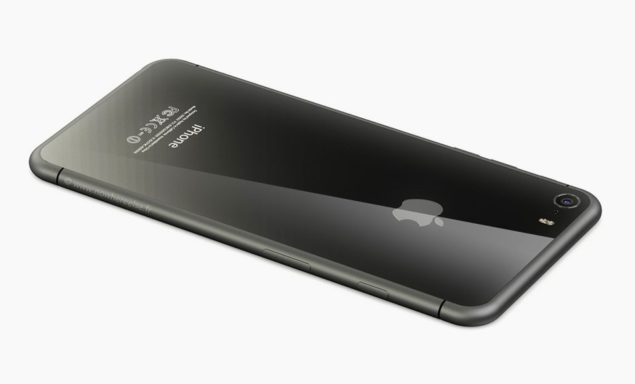 Of the things that must have caught Apple’s attention was LG’s subsidiary named LG Innotek, and its recent progress with wireless chargers that can deliver up to 15 watts of power to smartphones; Apple could partner with LG to produce a wireless charging circuit that could reduce the time it takes for the smartphone to charge completely with ‘no strings attached’.

Unfortunately, one thing that we fear will be a thing of the past is the iconic home button. Lots of Chinese manufacturers have attempted to be replicate that ‘all important’ home button on their own devices, and we believe that to reduce the overall thickness of the iPhone 8 family, the home button must be removed from the equation.

Are you excited that Apple is finally going to discard its LCD panels for good? Let us know your thoughts immediately.