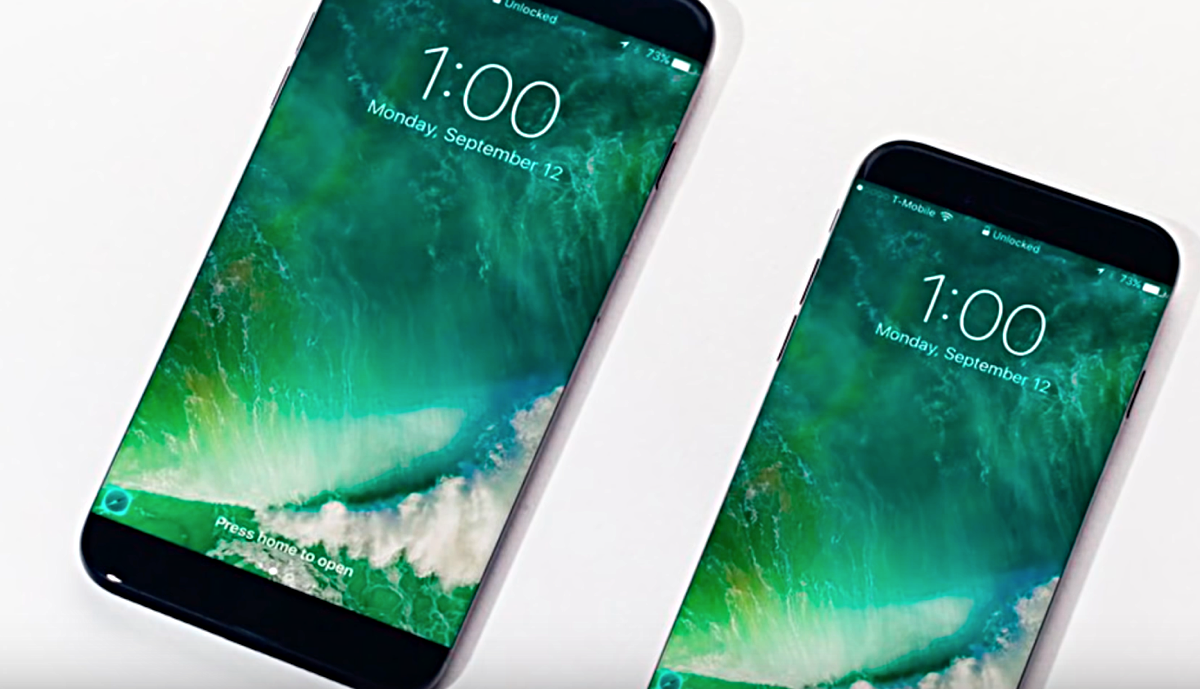 A new iPhone 8 and iPhone 8 Plus concept has surfaced online, and boy it's packed with some great features.

The iPhone 7 and iPhone 7 Plus are boring releases in terms of design. Apple sneaked in very small cosmetic changes, tossed in a couple of new 'black' color options and called it a day. This essentially means that the next iPhone release - rumored to be iPhone 8 - could feature a lot of changes under the hood, and outside as well. But of course, we have no clue exactly what the next iPhone will pack, therefore it's up to concept designers to conjure up what could very well be the next iPhone.

Today, we have stumbled across one iPhone 8 and iPhone 8 Plus concept that takes things to the limits in the design and features department. Check out the video below and see for yourself what it holds.

Right off the bat, the display is the first thing you lay your eyes on. But it's not just an average display, it packs the same 'Free Form' display from Sharp, ensuring there are no bezels to look at. The screen resolution also sits at Quad HD, something which no current iPhone boasts.

To iron things out, the designer imagines a 'flat' camera design, which means there is no hump on the back of the smartphone. A neat little addition, but something that might not bother a lot of people out there.

It's been barely a month since the iPhone 7 and iPhone 7 Plus saw its big release. We are a full year away to see what Apple has to offer next in the smartphone department. But during the months leading up to the end of next year, we are going to see a lot of leaks, rumors and concepts that are surely going to pique our interest in the best possible way.

It's also rumored that the iPhone 8 will feature a chip that would be based on TSMC's 7nm process. But of course, that's just a wild rumor, something which everyone should take with a pinch of salt.

What would you like to see with the iPhone 8? Let us know in the comments section below.