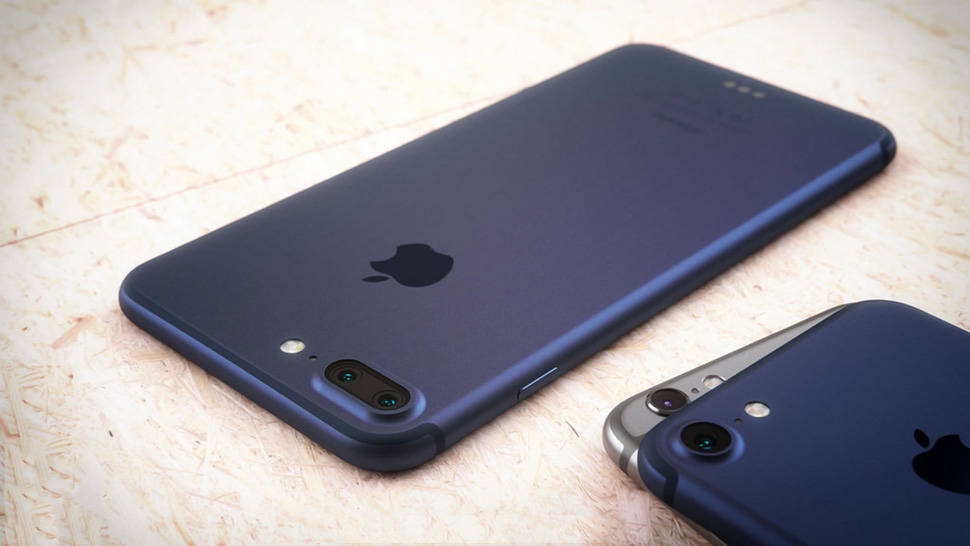 The iPhone 7 and the iPhone 7 Plus will be with us in less than a month. The pair have surfaced regularly on the rumor mill over the course of this year. While no major changes are expected in terms of design, Apple should nevertheless introduce some upgrades to differentiate this year's devices from last year's pair. iPhone sales have seen their first slump in years after all, and Cupertino's hard pressed to reverse this trend. The amount of leaks and rumors which have surfaced so far can very rightly be said to be countless.

If you've been following us regularly for the past couple of months, we've covered quite a bit about the upcoming devices. This covers leaks related to specifications, to blueprints and alleged image leaks. Given that the iPhone 7 and the iPhone 7 Plus are expected to be launched next month, it's time to do a complete roundup of everything that's surfaced so far. If you're looking for an iPhone upgrade this year, head over below to find out more on what to expect this year.

Apple's approach on this year's iPhones will be different from last year's pair. In 2015, it was all about upgraded materials, camera specifications and 3D Touch. This year, we're expecting a more subtle approach. The iPhone 7 and iPhone 7 Plus have seen very diverse rumors so far. For starters, we've been hearing more about new color options for the pair. These include new variants such as Space Black and Deep Blue, which should breathe new life in the lineup.

In terms of hardware, little information has surfaced on Apple plans for the A10. Given that 10nm isn't expected to reach complete maturity until next year, the A10 is expected to come with 14nm FinFET on board. We're also expecting the devices to be slightly thicker than last year's pair. Starting from that, take a look below at some alleged blueprints of the devices which surfaced earlier. We'll progress gradually from blueprints, to design to performance and finally to miscellaneous.

The images which you can see above represent almost every design detail that's leaked on the iPhone 7 so far. In terms of dimensions, the pair are expected to be slightly thicker, with the iPhone 7 rumored with a width of 0.34 inches. In addition, the smaller variant of the device is also expected to feature a larger rear camera sensor. This will fall neatly in line with Apple's policy of almost regularly updating the lineup's camera specifications.

All done with dimensions, let's move over to the design of this year's devices. Apple's expected to continue with the spaceship approach of the iPhone 6 and iPhone 6s lineups. This has rightly led some quarters to comment that the iPhone 7 will in essence be the last of the theme introduced with the iPhone 6. Before you get too disappointed however, there will be some changes this year. The most definitive of these in terms of aesthetics will be redesigned antenna bands.

Rather than the antenna bands for the iPhone going around the back, this time we'll see a different approach. According to leaks so far, the pair will come with antennas going around the top and bottom. In addition to this, the second change this year will be the removal of the 3.5mm earphone jack. This will create a more simpler bottom for the iPhone 7 and the iPhone 7 Plus. Still, we're not sure how Apple intends to sort out earphone connectivity this time around.

Some sources claim that we'll get to see a lightning to 3.5mm dongle being provided with the iPhones. Others claim bluetooth earphones for the pair. It's a bit unclear at the moment as to what approach Apple will actually take. However, disappointingly, the space freed up by the removal of the earphone jack won't be supplemented with extra speakers. Rather, according to sources, we should see the microphone being adjusted here.

Coupled with design, we've also been seeing several hardware related leaks take place over the past couple of months. These range from the motherboard of the devices to its display panel surfacing in alleged images. The pictures of the device's logic board show little differences. The few images that have leaked so far don't contain any components. Therefore, hardware changes under the hood are difficult to predict at the moment. Nevertheless, if you take a look at the third image above, you'll see that we just might be looking at an Intel LTE modem on the device. Santa Clara's rumored to make a presence on the devices this year as well, so it's possible that you're looking at the real deal right here.

Images of the display panels of the devices are slightly more interesting. Taking a look at them above, you'll see that the home button appears to be slightly changed this year. It's hidden under the flex cable for the iPhone 7 and iPhone 7 Plus. Whether we'll get a Touch sensitive capacitive home button this year is unclear - Apple will have to make quite a bit of adjustments if this does turn out to be the case indeed. Resolutions for the device are unknown as well, though the rumor mill claims that the 4.7 and 5.5 inch devices will get 1080p and 2K displays. Apple loves its optimum 326ppi though, so we're not sure whether this will materialize.

The camera for the iPhones this year should once again be the one to come with the lion's share of changes. The smaller iPhone 7 will get OIS and a larger camera sensor, as you can see in the images above. While we know the benefits of OIS, it's not clear how the larger sensor will affect photography. It's most likely to improve low light scenarios, especially as Samsung's Galaxy S7 and S7 Edge improved in this area significantly. The larger iPhone 7 Plus on the other hand might feature the lineup's most significant camera upgrade so far.

Rumors for the device's camera have revolved around a dual camera setup for quite a while. Image, component and render leaks have further boosted these claims. Information so far suggests a dual camera for the iPhone 7 Plus. Apple appears to finally be following in the footsteps of Android once again. While Cupertino's been as stubborn as ever for display resolution, the dual camera just might actually materialize this year. As far as technical specifications for resolution go, we've got no concrete information at the moment.

Finally, let's move towards the 'other' rumors for the iPhone 7 and iPhone 7 Plus. Interestingly, these are the ones that sound quite promising for the devices. For starters, Apple's rumored to finally do away with 16GB as base storage for the pair. This should entice a lot of users to upgrade, especially if the second rumor of a $100 price decrease for the pair also turns out to be true. Coupled with this, there's also been talk of 256GB storage for the iPhone 7 Plus.

Space Black, Deep Blue and 32GB as starting storage with a $100 price decrease. These just might be Apple's taglines for the 2016 iPhone 7 and iPhone 7 Plus. What defining change this year's pair will see? We're not sure right now. The removal of the 3.5mm earphone jack and a dual camera seem to be 'it' at the moment. Of course, before you proceed towards lambasting us in the comments section below, keep one thing in mind. All of this information is preliminary in nature. Treat it with a grain or a bag of salt; depending on your preference. The rumor mill has been accurate previously as well, so we'd recommend a grain. Thoughts? Let us know what you think in the comments section below and stay tuned for the latest.