iPhone 7 Retail Packaging and What’s Inside the Box 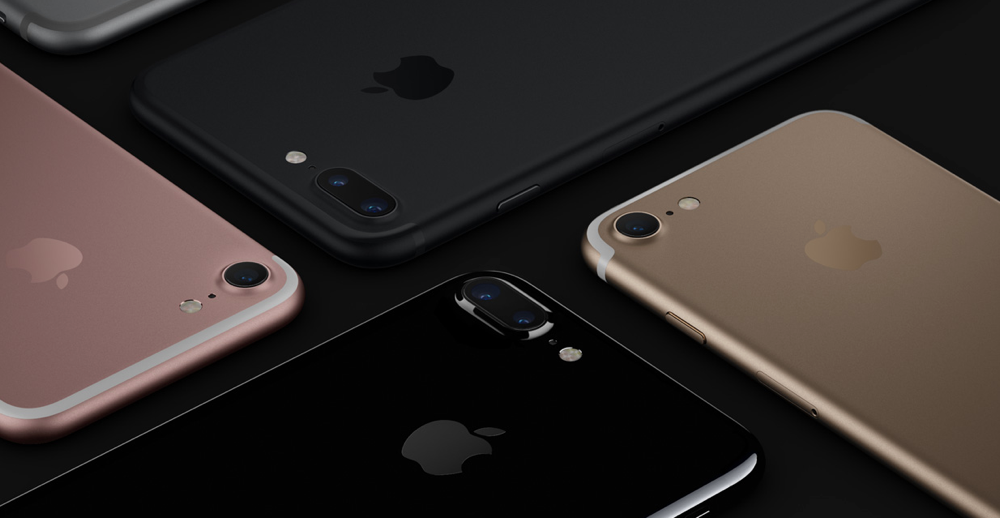 The iPhone 7 and iPhone 7 Plus have been officially announced. So, let's get to the stuff that matters the most to a lot of people - the retail packaging and what comes inside the box.

At its event yesterday, Apple went through 10 key features of the iPhone 7 and iPhone 7 Plus. The company made quite a few waves in a bunch of departments while dropping hints at what the phone will ship with. Today though, the dust from the media event has settled and we can start scrutinizing the things which Apple did not announce at its keynote.

Starting with the retail box.

First and foremost, from what we could gather from Apple's website, it seems as though the iPhone 7 retail box will carry the same design as its predecessors. While we don't have a detailed view of the box just yet, but what we do have is an image showing the 'iPhone' text slapped on the side of the retail box itself. Have a look below and see it for yourself.

Secondly, in case you're wondering what comes inside the retail box itself, Apple has listed everything on its website as well. Have a look at the image below. 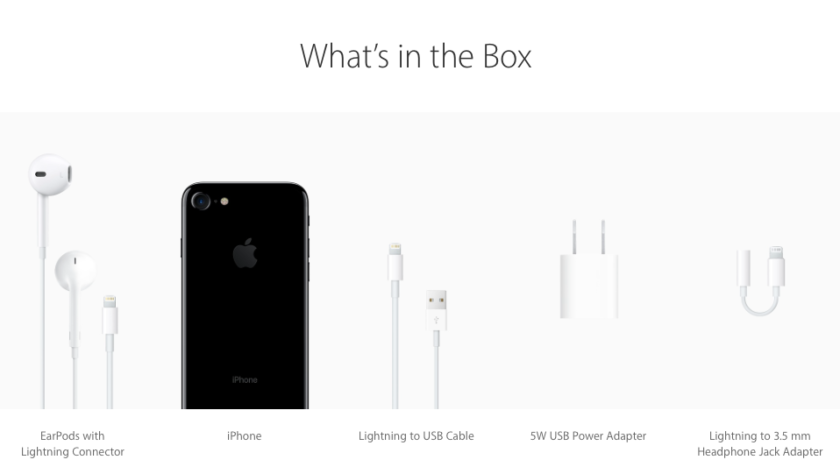 In the box, you get the iPhone 7 itself, obviously. On top of that you get EarPods with a Lightning connector, a Lightning to USB cable to charge your iPhone and of course a 5W USB power adapter. The only thing that's unusual this time is the inclusion of a Lightning to 3.5mm headphone jack adapter. Quite frankly, this is a great move from Apple, considering how many of us still have a pair of headphones that utilize the 3.5mm headphone jack. Hence, you can be rest assured that your favorite earbuds won't go obsolete the moment you buy Apple's shiny new smartphone.

If you're looking to buy the adapter separately though, it'll set you back $9.

There are a lot of things regarding the iPhone 7 that are waiting to be discovered. The retail packaging is the tip of the iceberg, if not more. So, we will keep on digging through Apple's website to find more useful information and share it with our readers, therefore stay tuned to our coverage in the future.

The iPhone 7 will go up for pre-order on September 9th and will ship out on 16th in the same month. You can find more details here.