Since last week, there have been a string of hardware leaks surrounding the highly anticipated iPhone 6S. Now, the latest images shows that the upcoming smartphone will most likely be featuring an upgraded NFC chip, along with chips that are going to exhibit impressive energy efficiency. However, the fact that the iPhone 6S may ship out with 16 GB storage as the minimum storage capacity models is giving us a little hiccup at the moment.

New NFC Chip Of iPhone 6S Might Still Be Limited To Apple Pay; Device’s Logic Board Has Been Shrunk Considerably

According to the analysis presented by 9to5mac, the new NFC chip inside iPhone 6S is from NXP and is labelled 66VP2. The chip is going to be an upgraded one compared to the previous NXP 65V10 NFC processor currently present in the iPhone 6 duo. It is expected that the upcoming NFC chip’s capabilities will remain limited to performing contactless payments through Apple Pay. Perhaps the chip will also provide a much more secure element, but this will be made clear once the device is officially showcased to the public. 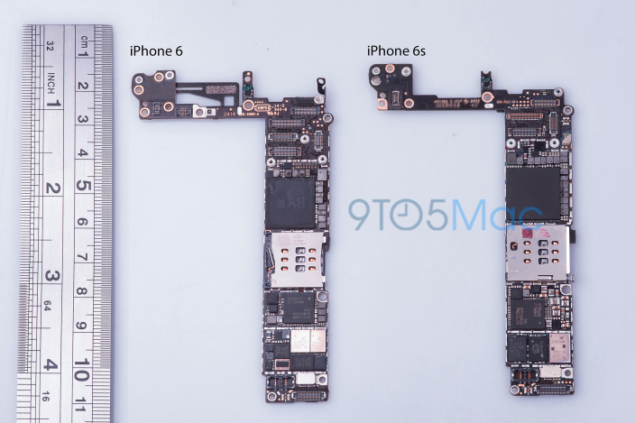 Moving on, the iPhone 6S’s logic board has significantly shrunk in size, and from the looks of it, Apple has reduced the number of chips it’s using as well. Previously, one section of the board featured more than 10 components, which have now been reduced to just three. As a result, consumers can expect to rake more battery life out of their iPhone 6S.

Additionally, a Cirrus Logic audio chip, a Murata Wi-Fi module, and wireless power amplifiers from RFMD, Triquint, Avago and Skyworks will be assimilated to the logic board of iPhone 6S. Coming to the most surprising revelation, it appears that Apple could launch its next iPhone in a 16 GB starting capacity, while presenting higher capacity products in the 64 and 128 GB models. 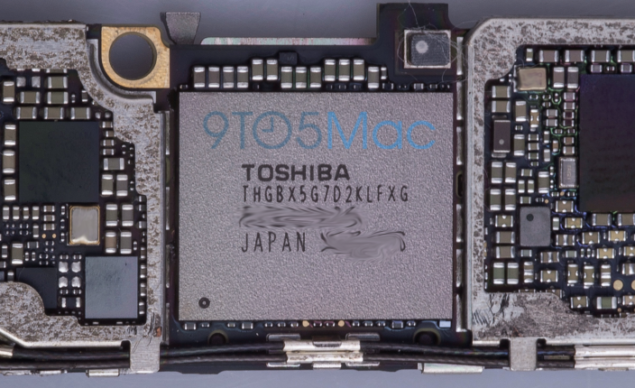 The flash memory belongs to Toshiba and is built under the 19 nm process. While it is disappointing to see that Apple has not forgotten what users went through with the iOS updates after purchasing 16 GB models of the iPhone 6 duo, consumers should not forget that iOS 9 will be able to temporarily remove app data.

In addition to the NFC chip, iPhone 6S is also expected to feature a 12 MP rear shooter that can record 4K videos, along with a Cat 6 LTE modem from Qualcomm, 1080p display and Force Touch tech. Looking at all these specifications, our excitement level has reached a new peak. September is not far from when we can finally witness the mobile computing powerhouses that will be unveiled by Apple. As always, we will be providing you with the latest updates so stay tuned.