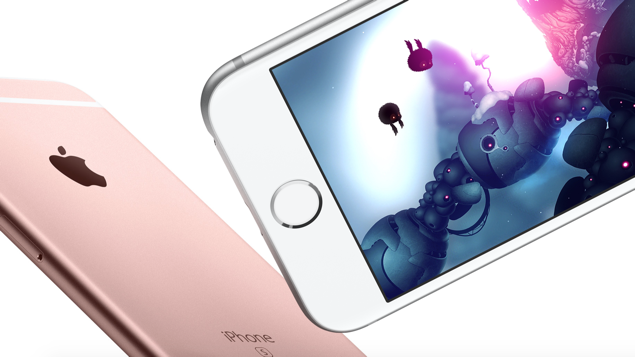 With the release of the iPhone 6s and iPhone 6s Plus, Apple tossed in a lot of new technology under the hood. Among those new changes is a second-generation Touch ID fingerprint sensor, which Apple claims is faster than previous generation sensors found in the iPhone 6 and iPhone 5s.

But how fast it really is compared to the iPhone 6 and iPhone 5s? A new video by iFixYouri aims to show just that. Check it out below and see for yourself.

As you can see from the video above, the iPhone 6s was the clear winner, with the iPhone 6 coming in second, and the iPhone 5s securing third place. This test also goes on to show that Apple really hasn't tossed in a gimmick under that Touch ID lens and has indeed bumped up the specs in the fingerprint sensing department as well.

But the real test, in our opinion, will arise when you use a greasy thumb or finger with the iPhone 6s. Because under that aforementioned situation, the iPhone 6 and iPhone 5s fail pretty miserably. And this writer can confirm the agony he has to go through while unlocking his iPhone 6 Plus after taking a walk under the sun, but thankfully, it seems as though it won't be a problem with the iPhone 6s.

It remains to be seen whether or not the iPhone 6s and iPhone 6s Plus would stand the test of time as it will come face to face with a lot of competition in the form of other flagship handsets from manufacturers such as Samsung, Huawei and Xiaomi, to name a few. After all, others can't be ruled out of the equation just yet even if Apple has pushed out a technologically advanced piece of consumer hardware.

What are your thoughts on the matter? Don't forget to share them with us, in the comments section below.