The dust has not yet settled following Apple's announcement of iPhone 5 a couple of months ago. The company is gradually releasing the device in many countries around the world, with the goal of releasing it in 100 countries by the end of this month. We know that the iPhone 5 is great and most people are just letting that sink in.

The rumor mill however has something else on its mind. Earlier today some iPhone 5S pictures were allegedly leaked for the very first time. Rest assured this is just one of many iPhone 5S rumors to come our way in the future. 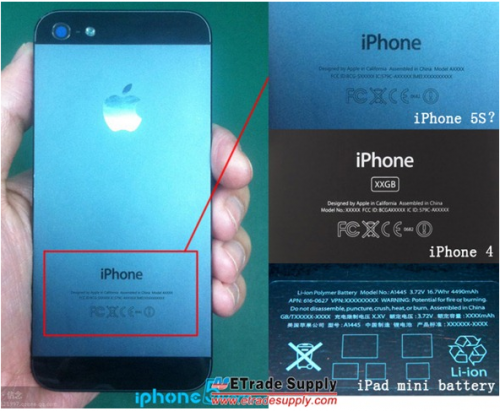 There is speculation that Apple wants to go back to the Summer timeline of releasing iPhones, as it did in the past. Traditionally the company used to announce new iPhones at its WWDC conference held every Summer. If that is really the case then these iPhone 5S pictures may very well be offering us an early peek of what is going to be the seventh generation iPhone. 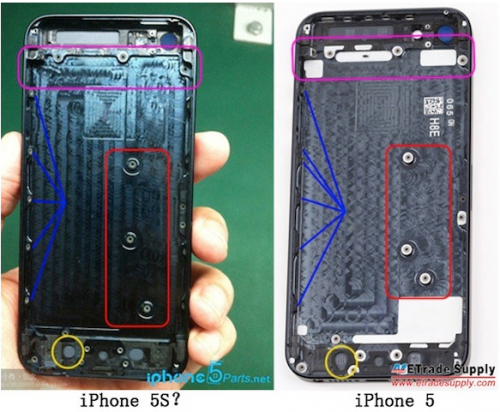 The part that you can in these iPhone 5S pictures is believed to be its rear housing. On the face of it, it is pretty clear that there won't be any major design changes. Though it does reveal that Apple will alter the way the logic board sits inside the chassis. Reportedly, the company has ordered 50,000 new units of this yet to be released smartphone various trials.

These iPhone 5S pictures don't reveal anything extraordinary though. The back plate does not carry any particular model number which means that this housing is probably of an early prototype. Apart from the logic board bit, nothing new can be seen as of now. Then again, Apple's "S" carrying iPhones haven't exactly been revolutionary devices.

The leak of these alleged iPhone 5S pictures isn't surprising. Apple is not running the tight ship it used to do before. Even in the case of iPhone 5 and iPad mini there have been many leaks and most of them have turned out to be true. So we're not calling it on this one, for all we know this could very well be the rear housing for the upcoming iPhone.