With less than five days to go, anticipation regarding next generation iPhone is at an all time high. Just two days ago Apple started sending out media invites for iPhone 5 release event, confirming our earlier suspicions that the event will be taking place on September 12. The event will be taking place at Yerba Buena Center for the Arts in San Francisco, California and preparations at the venue itself have kicked in to high gear. 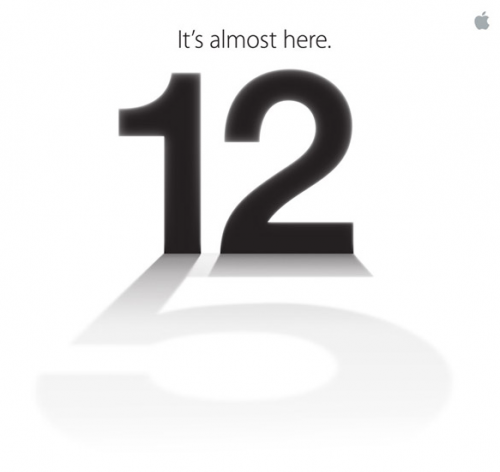 At this point in time, most of the work is being done on the inside. However as the event date draws more near, the outside of this venue will also be decorated in the traditional Apple way ahead of a new product launch. For now a big Apple logo is visible from outside the venue. 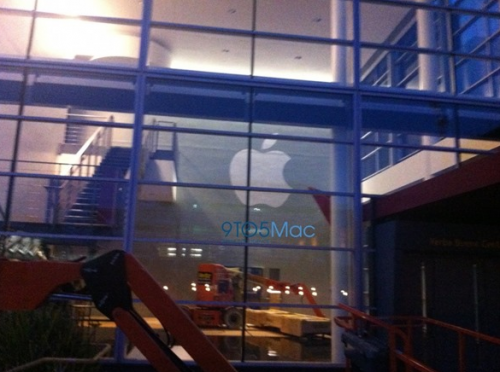 Last year when Apple announced iPhone 4S, it invited the press over to its campus where the announcement was made at Apple Town Hall. It was not a big gather per se partly due to the fact that iPhone 4S was not a substantial upgrade over its predecessor. Major product announcements are always made in San Francisco, either at Yerba Buena or Moscone West. It should be noted that Yerba Buena Centre for the Arts will be seeing its first ever iPhone announcement this time as this venue as previously been used for iPod and iPad events only. 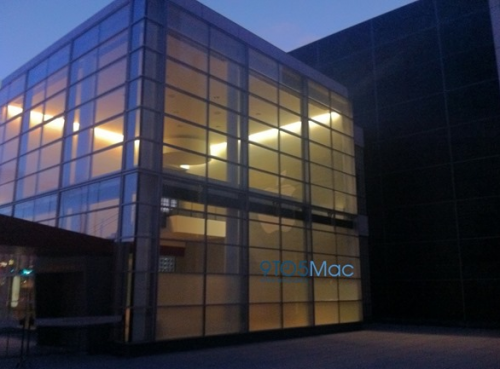 We have come to expect a lot from this upcoming iPhone. Rumors have us believe that Apple will announce an iPhone that will have a larger display, a thinner profile, a smaller dock connector, 4G LTE connectivity, a quadcore processor as well as a lot more. Regardless of all rumors we have heard from a plethora of sources, nothing can be said for sure about the device until Apple makes the official announcement. Lucky for us, that day is not far off anymore.

The iPhone 5 release event beings 10AM PT sharp on September 12. Shipments for the US are expected to commence just after nine days on September 21. No word on pricing or availability for other countries yet.