It has been almost a year since we got to know that the iPhone 14 Pro models will come with a hole punch and pill-shaped cutouts near the top of the display. While the design has been corroborated since then throughout history, what has remained a mystery is just how iOS will handle the cutouts when the iPhone's display is turned on. Today, we might have some information on how that is going to work.

According to information coming from MacRumors, the pill and hole cutouts are not virtually separated when the display is powered on instead, they appear as a single, longer pill shape.

Rather than going with an uneven look, Apple has decided to turn off the Pixels in the empty space between the cutouts, giving a more unified appearance which will be a lot less distracting when watching something or simply viewing content.

The source has also claimed that Apple is intending to visually expand the blacked-out areas around the cutouts to host content. For instance, Apple could make the area slightly wider to fit the status icons on the left and right sides or even extend it down into a large rounded square when it comes to receiving notifications on iPhone 14 Pro. 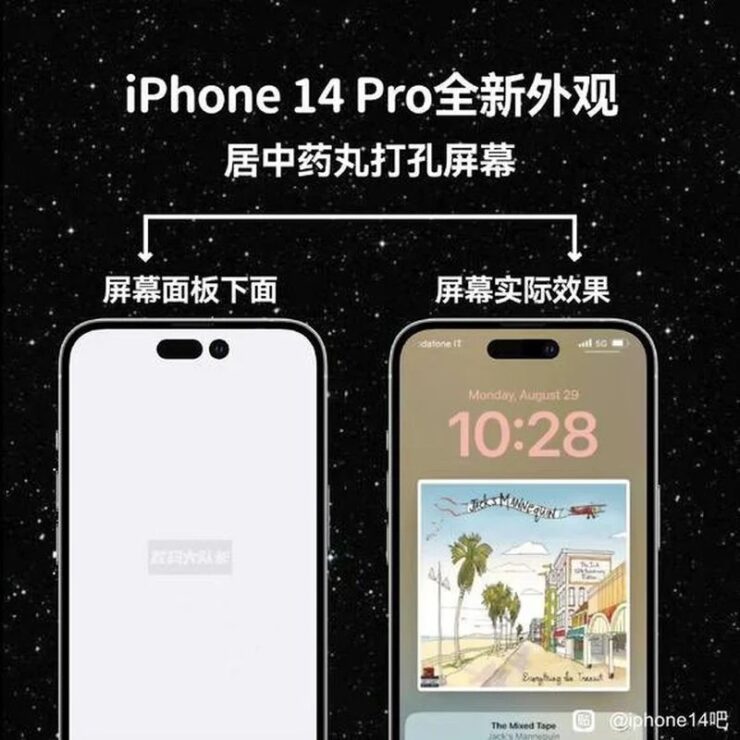 The image above has been circulating on Chinese social media and even that shows how Apple is planning on a more streamlined and unified approach with the pill-shaped cutout in iPhone 14 Pro.

Of course, it is too early to say anything but Apple is hosting the Far Out event in a week on September 7th, 2022. Needless to say, we are expecting a number of devices from Apple, and hopefully new AirPods, too.

Do you think the unified pill is going to look better than two separate cutouts? I believe it is a neat idea. Let us know what your thoughts are in the comments below.