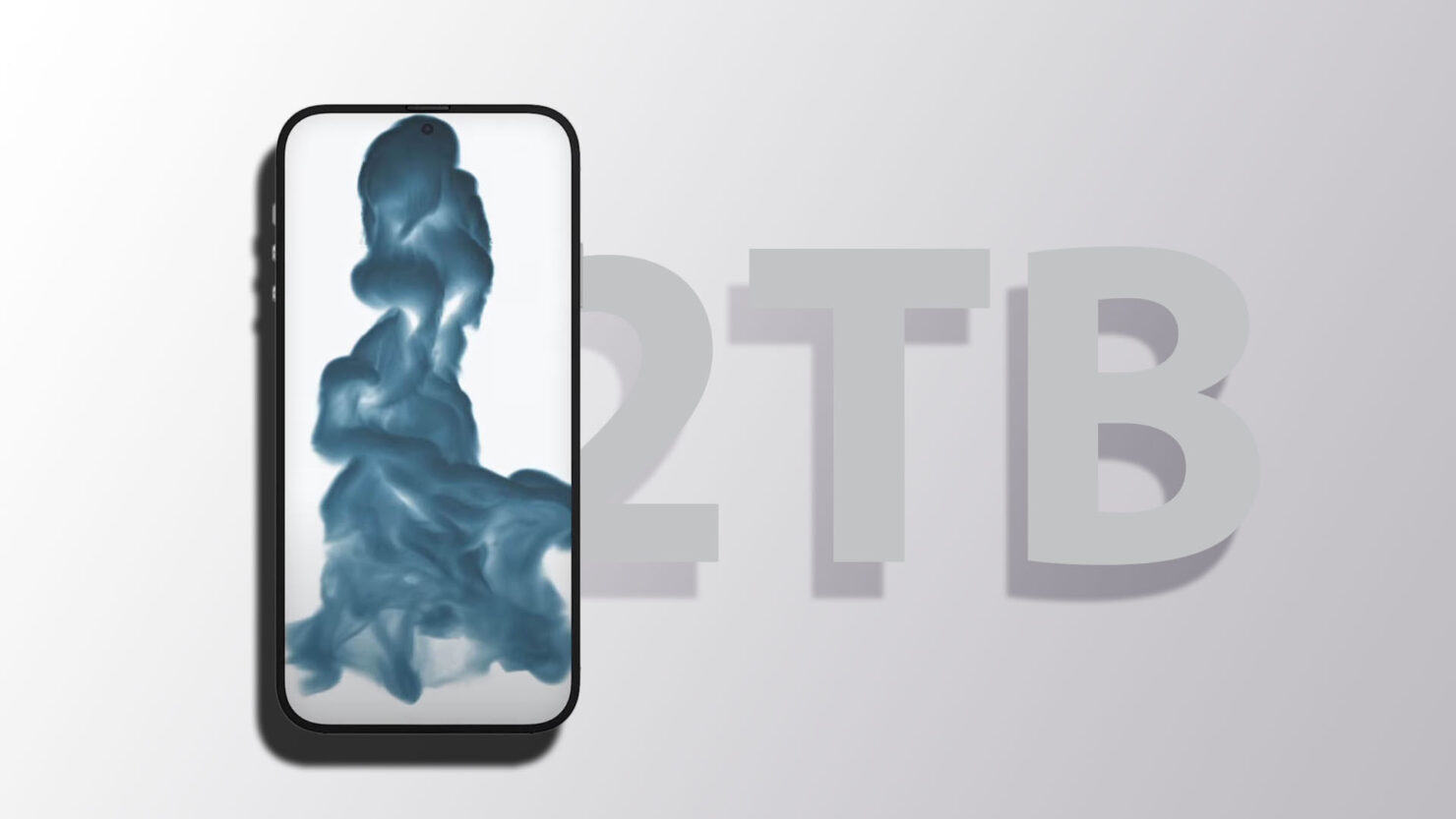 With Apple introducing 1TB iPhone 13 models for the first time, the company may go higher next year, as it prepares for the iPhone 14 unveiling. According to a new rumor, customers may be able to configure their devices to feature 2TB of internal storage.

As demand for more storage increases, Apple will have to go beyond the 1TB storage threshold to sate these requirements. A sketchy rumor from MyDrivers mentions that the iPhone 14 will have a 2TB storage option but fails to mention which model will be available to purchase next year with the aforementioned capacity. Though it is far too early to comment, we believe that these storage variants will be exclusive to the more premium iPhone 14 Pro and iPhone 14 Pro Max as both of them are expected to ship with new camera features that will let content creators, and professionals take advantage of the upgrades.

With Apple adding ProRes mode for capturing footage, not to mention an already existing 4K 60FPS option that was introduced back in 2017, your storage requirements will need to go higher. Additionally, renowned analyst Ming-Chi Kuo previously predicted that the iPhone 14 series would launch with a 48MP main camera and 8K video recording support. With a bump in resolution on both ends, it will chew through your internal storage in a jiffy, thus customers requiring 2TB of storage will become necessary, at least for some of you.

This rumor would also explain why Apple was earlier reported to be working with suppliers to secure QLC NAND flash memory for the iPhone 14. QLC NAND features more bits per cell, allowing manufacturers like Apple to incorporate double the capacity in the same space, and this flash memory type costs less too. Unfortunately, the drawback is that QLC NAND has lower write endurance, meaning that the amount of data that can be written to these memory chips and deleted is lower compared to TLC or MLC NAND, hence their lower price.

However, do not expect your iPhone 14’s storage to give out because even when used aggressively, these handsets will last you for years. We would love to see what other camera features Apple introduces in 2022 that will let users take advantage of this much storage, but remember to treat this information with a pinch of salt, and we will be back with more updates for our readers.