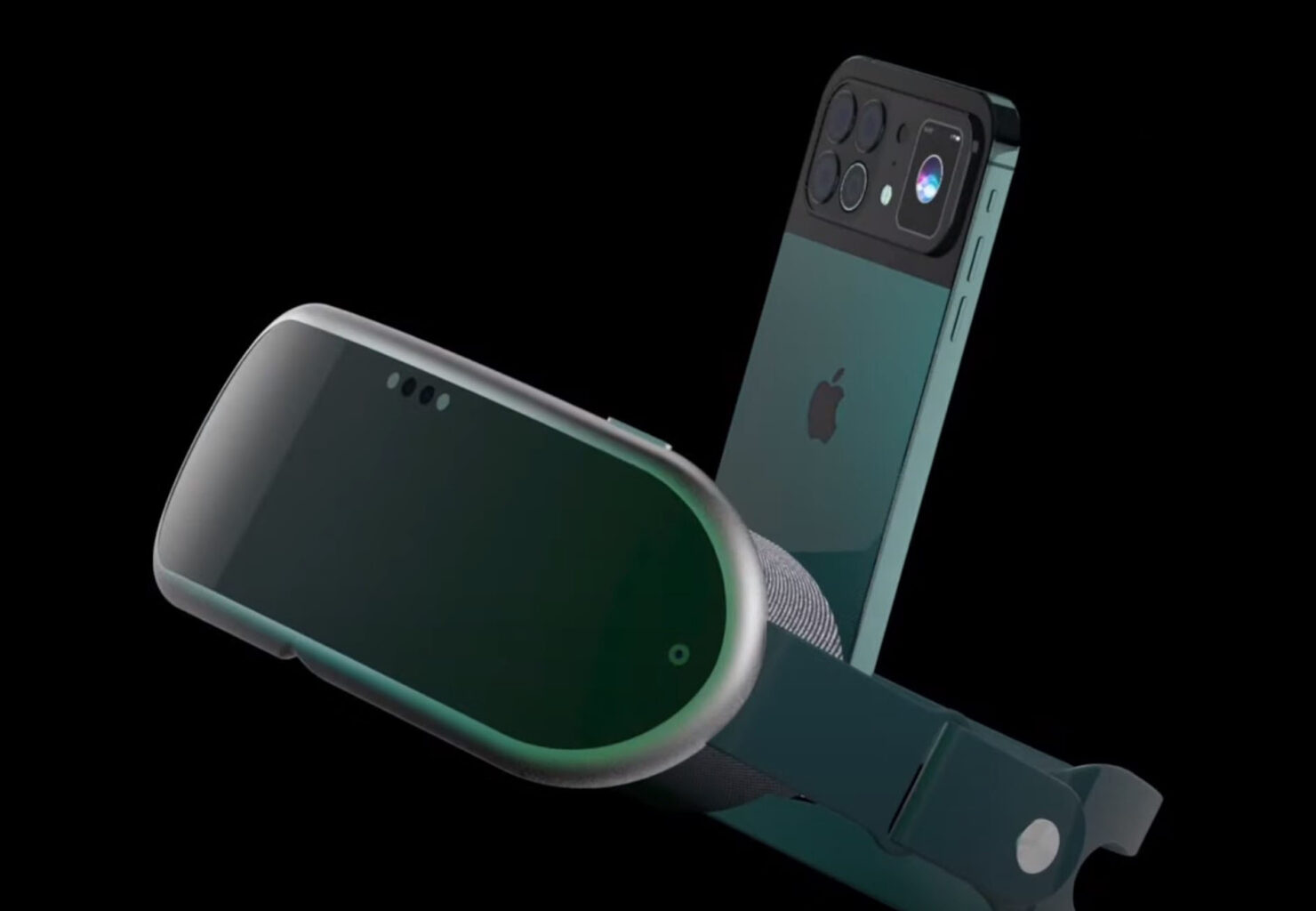 Apple’s AR headset could be the company’s most ambitious product to date. Pair that with Apple’s iPhone 13, and you will potentially have the best augmented reality experience. Well, this iPhone 13 VR concept aims to bring just that, and it is introduced in a well-rounded sage finish. We will start with the headset first.

If you look at the concept from ConceptsiPhone, the headset looks near-identical to a previously published concept, where the product is illustrated in a variety of finishes. Apple is reportedly attempting to make the headset extremely lightweight compared to what is out there in the market, so users can enjoy the upgraded experience without feeling any fatigue or discomfort.

It is slated to arrive in 2022 for $1,000, which might be steep, but that is what critics said about the iPhone X too when it debuted in 2017 at the same price and that too for the base storage model. Now for the iPhone 13; it is wishful thinking to believe that Apple will introduce something like this in late September, but one can hope for the best. After all, it has four large cameras at the back, unlike what previous reports have talked about. Moreover, it takes a feature out of the Mi 11 Ultra’s book and that is a secondary rear display.

While it might increase the size of the hump, it will display important notifications, such as the picture of the person calling, as well as act as a viewfinder if you are taking a picture with the primary camera. This sounds more useful in various scenarios, and it definitely looks like Apple could work to bring something similar down the road. Of course, we should not expect the feature to arrive with the iPhone 13 lineup, but a couple of years should force Apple to bring a secondary display to some models.

You can check out the entire iPhone 13 VR concept below and after you are done, let us know down in the comments on what you think.