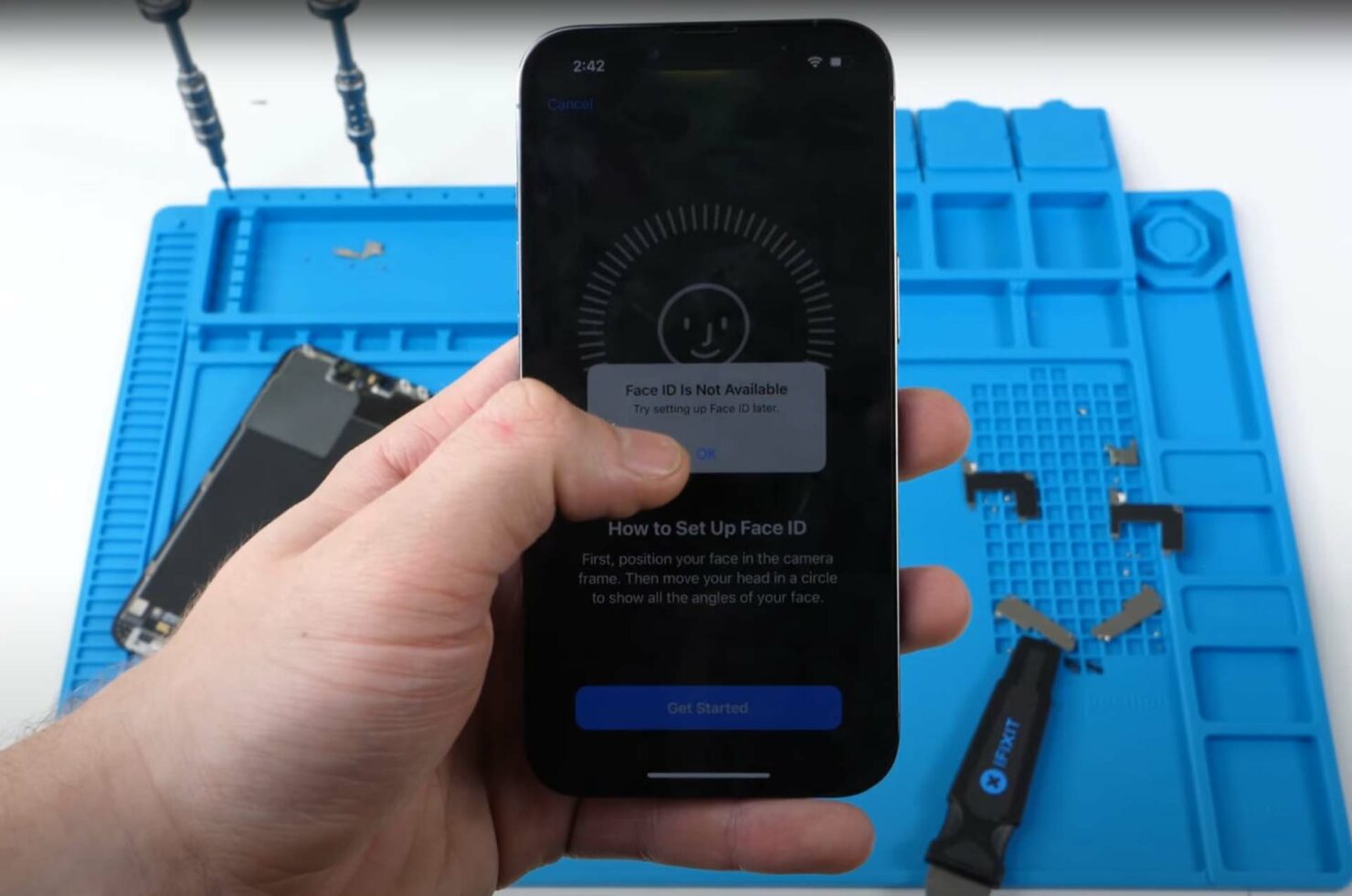 Apple has introduced additional unauthorized third-party repair lockdown measures with the release of the iPhone 13. If a customer decides to replace the display with a non-genuine part, Face ID will stop working for them, as shown in this latest repair video.

Despite the iPhone 13 Display Separated From the Face ID Components, the Facial Recognition Feature Will Stop Working

As shown by Phone Repair Guru’s YouTube channel link below, the iPhone 13 screen does not feature any attached Face ID components and can be replaced separately. Unfortunately, if you are not licensed with Apple through its Independent Repair Program, you will receive a warning label on the iPhone’s home screen that the display is non-genuine, and once you hop in the Face ID menu, it will refuse to work.

This is strange because there are no TrueDepth camera components attached to the genuine iPhone 13 display that should prompt this lockdown, so it is likely a software implementation from Apple that recognizes authorized parts from unauthorized ones through serial numbering. The only way to get Face ID working is to sign yourself up for Apple’s Independent ‌iPhone‌ Repair Program. This program is designed to allow any company or third-party repair center to become an authorized Apple service provider only if they meet the requirements and go through the process.

Unfortunately, the drawbacks to being an Apple partner are that customers who want to replace a broken or defective part will have to pay higher prices, wait a significantly longer period and often deal with poor customer service when following up on the repair timeline. Apple has received incessant criticism from Right to Repair advocates over locking down simple repairs for customers, instead forcing them to pick the more arduous and expensive route.

Independent repair outlets often have spare parts to perform repairs or replacement procedures almost immediately, but Apple’s plans are limiting such efforts. In fact, the California-based giant has teamed up with other giants like Microsoft and Google to block the Right-to-Repair law through extensive lobbying. Apple’s reasoning is that limiting unauthorized repairs can prevent accidents from happening, which would otherwise cause harm to devices or to the people performing those repairs.

Remember to check out the video below and let us know what you think of Apple’s decision on disabling iPhone 13’s Face ID.