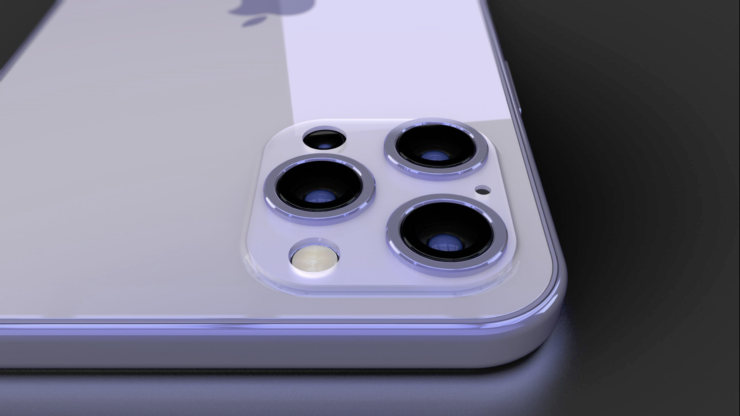 If its fans are lucky, Apple will finally upgrade the iPhone's design next year. The company's been cheeky when it comes to aesthetics for the flagship smartphone. Its previous design language mirrored the iPod Touch, and in 2017, Apple launched a brand new iPhone X with an upgraded form factor and design.

Then, next year, it made this design language permanent across the lineup and in doing so got a free pass. The iPhones 11 continue to follow the iPhone X's design principles, despite being marketted as a new generation of devices. So, unless Apple upgrades this particular area on the iPhone 12, it'll be certain that the company is back to its lethargy. Now, designer Hassan Kaymak from Germany has made some pretty cool renders for the iPhone 12 Pro Max. Take a look below for more details.

While they're similar to the 2018 iPhones formwise, this year's iPhones do make some changes. The biggest is on their back, as Apple's decision to add an ultrawide camera sensor changes the entire look of the iPhone. It also pushes the Apple logo to the bottom, and the new camera housing allows Apple to flex its creative muscles.

The latest iPhones have a frosted glass back which is a first for the lineup. The new back glass coating solves the problem of a user's fingerprints being left on the surface, and lends the smartphones a deeply premium look and feel. Additionally, Apple's filleted the edges of the iPhone 11 lineup's rear camera housing which makes it blend in with the rear glass panel.

Moving towards today's concept renders, the biggest change they imagine is a notch-free design for the iPhone 12 Pro Max. The change was mentioned by tipster Ben Geskin late last month, when he claimed that Apple's testing protoypes for an iPhone 12 with 3D facial recognition hardware built directly in its top bezel. For what it's worth, Geskin also believes that the iPhones 12 will feature thicker 5G antennas to accomodate 5G connectivity.

As opposed to the iPhones 11, the housing imagined for the iPhone 12 isn't filleted and stands out sharply against the device's back glass panel. Additionally, Hasan has also removed each camera sensor's circular border that protects them from scratches when put on a flat surfce. To compensate, the designer has instead raised each sensor's border. This ends up providing them with a depth that isn't present on the iPhone 11 lineup.