The new iPad Pro is finally available to buy, and with that, Zoom is ready to take advantage of the updated hardware found in the new iPad. Zoom has now delivered an update that will use the Center Stage feature of the new iPad Pro. This feature follows the users as they move, and in addition to that, a new Gallery view for all iPads, as well as new developer support sources, and more were introduced in this update.

Zoom has announced the support for the new iPad Pro Center Stage feature in a blog post this morning.

For those who want a little extra freedom to roam while Zooming on iPad, you’ll love our support for Center Stage!

Center Stage, new to Apple’s 11-inch and 12.9-inch iPad Pro models, uses the ultrawide front camera and machine learning to keep you in frame as you move, allowing you to go hands-free or move about during a video call. Center Stage even recognizes when others join or exit the frame, automatically adjusting to fit everyone in.

Zoom will now include a button on the left hand of the screen that will let users turn the Center Stage on or off. The support for Center Stage comes with Zoom for iPadOS version 5.6.6 and later for the 11 and 12.9-inch iPad Pro.

Additionally, Zoom also has a new Gallery view on all iPads. This allows the 12.9-inch iPad Pro to have up to 48 tiles, which will be great for larger meetings and ensure that you can see everyone on the screen without manually navigating and checking. 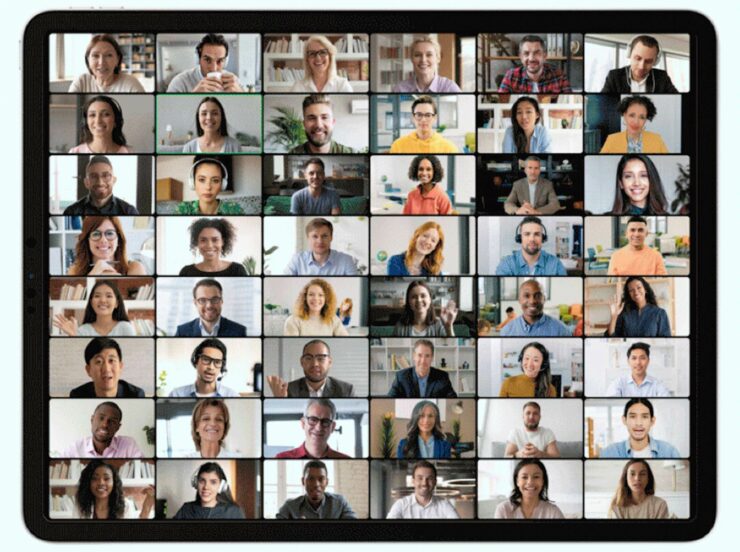 However, the feature will not be limited to the 12.9-inch iPad Pro, as Zoom says that other iPads will also get to experience this.

Don’t have the latest iPad Pro? No worries! Many iPad models are also getting expanded Gallery View, and those users will see a few additional participants on a single screen, depending on the device.

To bring more or fewer people into view on any iPad, simply pinch the display with two fingers to zoom in and out.