You might have thought at first that the iPad IPS panel is pressure sensitive?. Well the answer to your question would be easily solved by 1 word: No!. 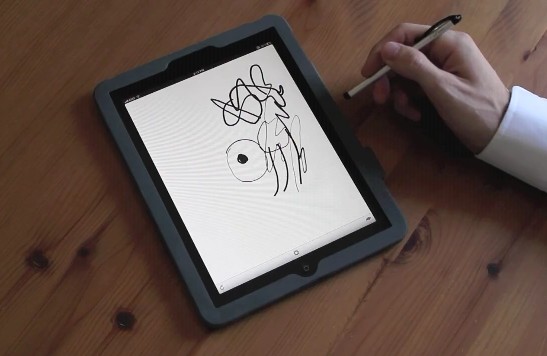 However, the folks over at Ten-One-Design created a very unique software using special software and stylus that allows the iPad to become pressure sensitive. This would be a major feature for the iPad, as it would be a great help to designers and artists alike!. According to the folks, over @ Ten-One-Design the stylus front tip would act like a brush head. If pressed hard, it would exert a much more pressure making the brush or line stroke thicker.

All that is left is for the software to be allowed by the folks over at Apple. If that happens, expect to see the software and hardware available very soon!