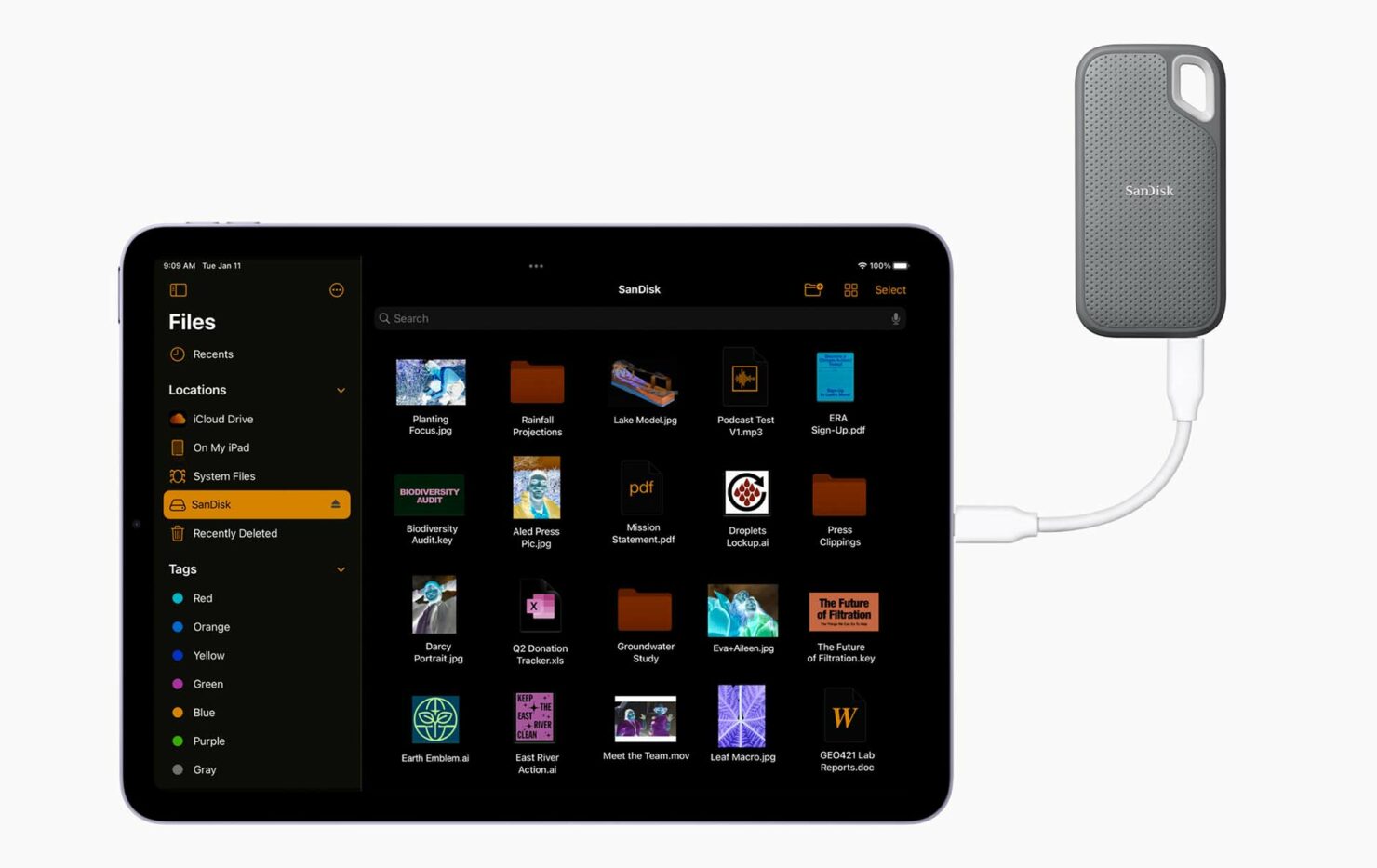 The iPad Air 5 offers several upgrades over the iPad Air 4, including increased data transfer speeds through its USB-C port. However, despite the upgrade, the newly announced tablet does not support the Thunderbolt standard, likely due keep that cost low.

Apple states that the iPad Air 5 has a faster USB-C port and can transfer data at 10Gbps (gigabits per second), which is equal to 1,250MB/s (megabytes per second). This speed upgrade makes the slate a beloved product when users want to transfer heaps of data from one device to another, but since Apple has reached a $599 starting price with the tablet, there are some compromises potential buyers need to know about.

For instance, the lack of Thunderbolt support on the iPad Air 5 means some performance might be left on the table. Apple likely made the move to exclude Thunderbolt to bring down the cost because if it might have slipped your mind, both the 11-inch and 12.9-inch M1 iPad Pro family support that ultra-fast protocol through a USB-C port. Unfortunately, the overall data transfer speeds will depend on iPadOS’ optimization, and we will explain why.

Even though the M1 iPad Pro lineup supports Thunderbolt, data transfer speeds are not what you would expect. We previously reported that the premium tablet was tested by connecting a Sabrent XTRM-Q Thunderbolt 3 external drive, with a 20GB file transfer completed in 36 seconds. Average speeds were 570MB/s based on those speeds, and those results are not even close to the Thunderbolt standard, which has a maximum throughput of 40Gbps, or 5,000MB/s.

It was suspected that iPadOS limitations were responsible for the lack of recorded data transfer speeds, so we will see if things have improved with the iPad Air 5. It makes little sense to have a capable port in a device and not be able to take advantage of it, so if you think you want to spend the extra money on the iPad Pro because it has a Thunderbolt port, you may want to rethink your decision.