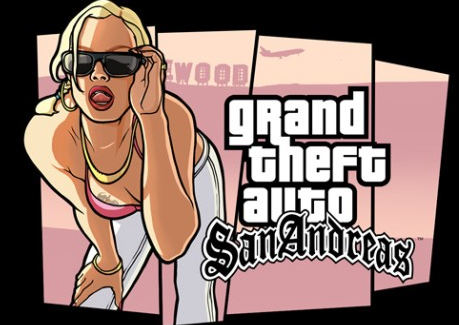 Rockstar Games have already got three Grand Theft Auto games in the App Store. These games include GTA III, GTA: Vice City, and GTA: Chinatown Wars. While the GTA: San Andreas, GTA IV and the newly launched GTA V are only for the consoles as yet! However, we might not be too far from GTA: San Andreas for iPhone and the iPads. Rockstar Games have just made this announcement on their website!

The iOS GTA: San Andreas for iPhone and iPad will have the support for the recently launched iOS 7 game controller. We have already written about the two iOS 7 game launchers, namely Logitech's PowerShell and Moga's Ace game controllers.

The makers' website is claiming that the game is completely polished with better graphics and improved control. We don't doubt it! It also notices that checkpoints will be different so the game playing on the iPhone and iPad becomes even better.

Encompassing Los Santos, San Fierro, Las Venturas and everything in between, Grand Theft Auto: San Andreas has been upgraded for its mobile release. Newly remastered graphics including dynamic and detailed shadows, greater draw distance, an enriched color palette, plus enhanced character and car models make this the best-looking version of San Andreas yet. - Rockstar Games

According to the announcement made on website, Rockstar will release iOS GTA: San Andreas for iPhone and iPads in December this year. Date isn't given but then December is right around the corner!

Some of the Best Games for Your iPhone and iPad – PAID