Every year Apple releases a major update for its iOS platform. It is one of the widely used mobile platforms in the world, which is used on a variety of devices which include iPods, iPads and iPhones. Before a major iOS update is released to the public, Apple seeds a number of betas to registered developers so that they can test their apps as well as report about any bugs present in the unfinished software. When beta testing is successfully finished, only then the update is made available to the public.

Apple announced iOS 6 at WWDC 2012 back in June. Since then 4 betas of iOS 6 have been seeded to developers. Every new beta version comes with fixes as well as new features. The latest beta, iOS 6 beta 4, comes with a new WiFi plus cellular data switch control. 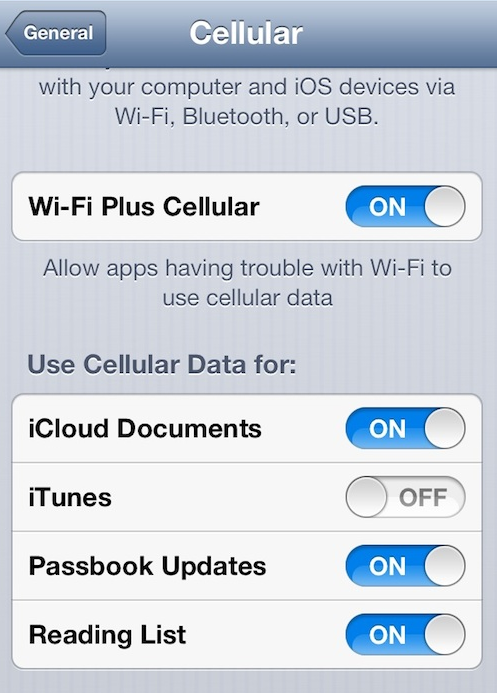 iOS 6 beta 4 was seeded to developers last week. Apart from the usual bug fixes and performance improvements, this latest beta came with quite a number of updates in terms of features. First and foremost, the native YouTube iOS app has been removed from this beta.

Apple confirmed that their license has expired and while older iOS versions will continue to support this app, iOS 6 will not have a native YouTube app. Google is working on a standalone YouTube app for iOS devices which will be available in the App Store soon. Till then those who are using iOS 6 beta 4 can use the official YouTube web app developed by Google. There is also a new Bluetooth sharing menu in the Privacy options in Settings app. It is not yet known what this menu is for, but it is believed that this menu has something to do with the enhanced Bluetooth 4.0 connectivity expected in the next generation iPhone.

This WiFi plus cellular data switch control can be found in the Settings app, under Cellular. The function of this toggle is simple. When turned on, this feature would let apps automatically switch to the cellular data connection if WiFi is not working correctly due to some reason. This feature is quite handy and is expected to work with iCloud Documents, FaceTime, iTunes as well as third party applications. Users who don't want to exceed their cellular data limits to avoid overage charges can simply toggle this feature on or off at their behest.

How To: Jailbreak iOS 6 on iPhone 4, iPod touch 4G And iPhone 3GS

Would Apple Compensate Users Who Were Over Charged For Data Usage?

Do Not Disturb Feature In iOS 6 Setup Guide