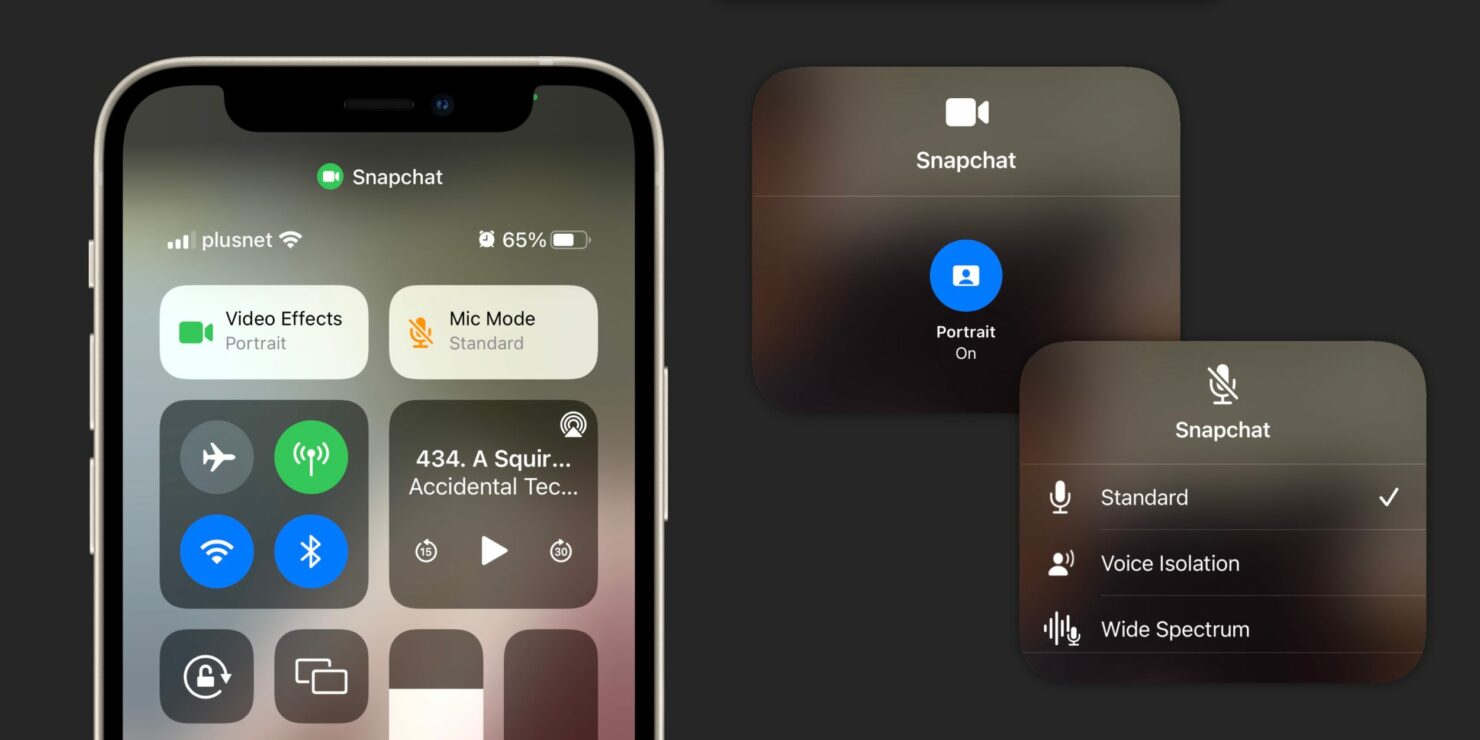 Apple announced a handful of new features in iOS 15, and the extensive list of changes brought many new features that went unheard of. With that said, the iOS 15 also introduced portrait and video effects that you can use in FaceTime, but one thing that we missed was the fact that these features can be used in third-party apps like Snapchat.

Even though Apple talked about bringing these features inside the FaceTime during the keynote, we have found out from 9to5Mac that these features are also implemented system-wide, making them available to all third-party apps, including Snapchat as Zoom when we are talking video calls.

When you are using a third-party app, you can access these features through the panels in the Control Center.

For instance, if you are using Snapchat on iPhone running iOS 15, you can swipe down from the top of the screen to reveal Control Center. This will give you access to two contextual panels at the top; one will be for the Video Effects, and the other for Mic Mode. Once you get into the Video Effects, you can turn on Portrait mode from there, and this will isolate your face and body and apply a background blur effect. This is similar to how a Portrait photo will work in the background.

As for the Mic Mode option, this includes the Standard, Voice Isolation, and Wide Spectrum. As the name suggests, the Voice isolation will try and remove environmental noise distractions and concentrate on the user's speech. On the other hand, Wide Spectrum tries and incorporates more ambiance for a relaxed and natural sound.

These features are currently tried out in the iOS 15 developer beta. iOS 15 will launch for everyone this fall. If you want to download the beta, you can check here.