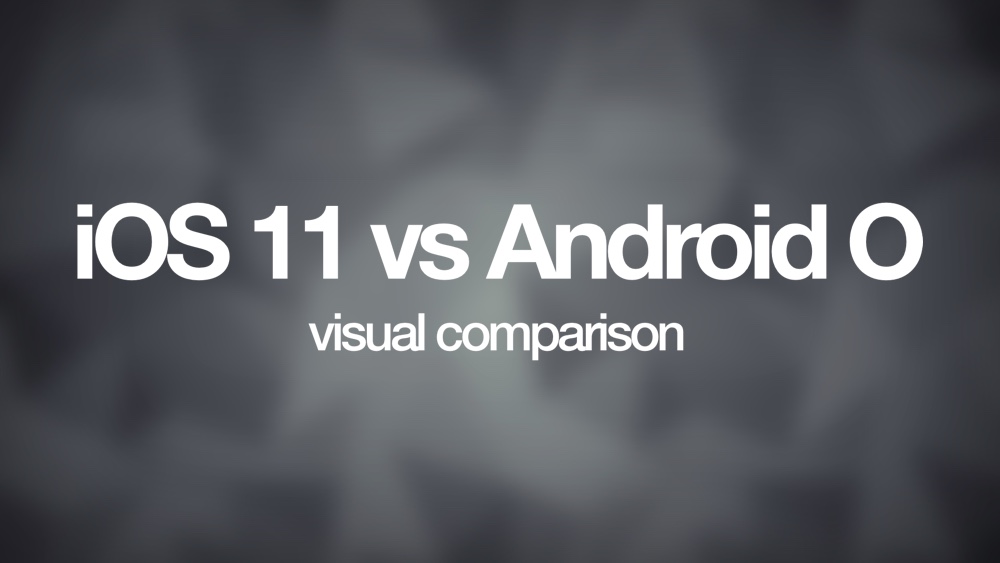 At this point in time, Apple's upcoming mobile operating system for mobile as well as Google's is in beta. The latter, however, is expected to be made available soon to Pixel users. The former, on the other hand, won't see a release at least until Fall. This means that there's a long way to go until everyone get their hands on these bad boys and takes them for a spin.

However, the above mentioned software is available to those enrolled in the official beta channels. Sure they're not perfect in any way, but they contain all the features and visual changes which their respective developing companies showed off on stage. So, that begs the question: how do the two mobile software compare to one another? Rather than doing all the talking, we're going to kick things off with a massive gallery. The screenshot on the left belongs to iOS 11 Beta, while the one on the right belongs to Android O Developer Preview from a Nexus 5X. Remember one thing: some visual elements will change when the software is available to download for everyone later this year.

As you can see for yourself, both operating systems are miles apart in terms of what they have to offer visually. Sure, Android offers slightly more customizable options here and there, but iOS is slowly catching up in a lot of different areas. This is especially obvious in the new Control Center.

But what do you think? Which side of the fence do you sit on? iOS 11 or Android O?