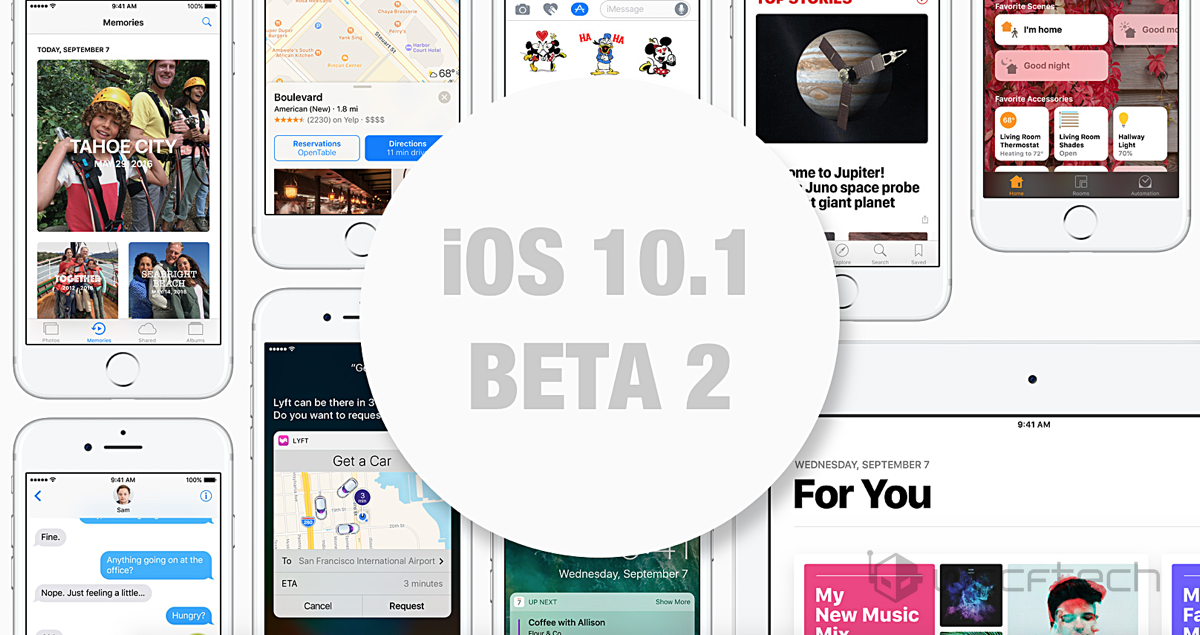 iOS 10.1 Beta 2 has been released for iPhone, iPad, iPod touch users. The firmware is available for registered developers.

iOS 10.1 Beta 2 Arrives a Week After Beta 1 Was Released - Here's How to Download

Apple released the first beta of iOS 10.1 a couple of weeks ago and today iOS 10.1 Beta 2 has been released. The update is mainly focussed towards iPhone 7 Plus users as it brings the much-awaited depth-of-field effect to the stock Camera app. But apart from that, iOS 10.1 features bug fixes and performance enhancements as well.

If you have iOS 10.1 Beta 1 installed on your device already then you can download iOS 10.1 Beta 2 over the air. You can start things off by connecting your iOS device to a stable WiFi connection. Once that is out of the way, go to Settings > General > Software Update. Over here the second beta of iOS 10.1 will become available, and you can kick off the download process by tapping 'Download and Install' button.

You'll be pleased to learn you can download iOS 10.1 Beta for free through Apple's Beta Software Program initiative. Simply head over to beta.apple.com and follow the instructions over there for installation. Unlike the Apple Developer Program, the Beta Software Program is absolutely free for users to utilize given any pre-release build is up for a spin by Apple to the public.

As we mentioned above, iOS 10.1 is mainly aimed towards iPhone 7 Plus users, as the update takes the dual camera lens setup even further by adding depth-of-field effect to the Camera app. If you have an iPhone 7 Plus and want to access this feature, then simply launch the Camera app and swipe to Portrait mode. From here on in you will be able to take beautiful DSLR-like photos using your smartphone.

Remember, the feature is currently in beta which means imperfections will be aplenty. Do not act surprised if you see some odd out of focus bits in the image you have snapped.

Given how stable iOS 10.1 already is in its current pre-release form, iPhone 7 Plus users specifically can go ahead and give the firmware a spin. Just make sure you backup everything beforehand on iTunes or iCloud so that your data is absolutely safe in case something goes wrong or you decide to downgrade back to iOS 10.0.2.

Speaking of which, you can follow our guide here for more details: Downgrade iOS 10.1 Beta to iOS 10 – How to.

We will let our readers know if Apple slipped in anything new with iOS 10.1 Beta 2. Till then, we urge our readers to update their devices pronto.

Update: Apple has seeded the second Public Beta or iOS 10.1 as well. You can download it over the air by going to Settings > General > Software Update on your iPhone or iPad.