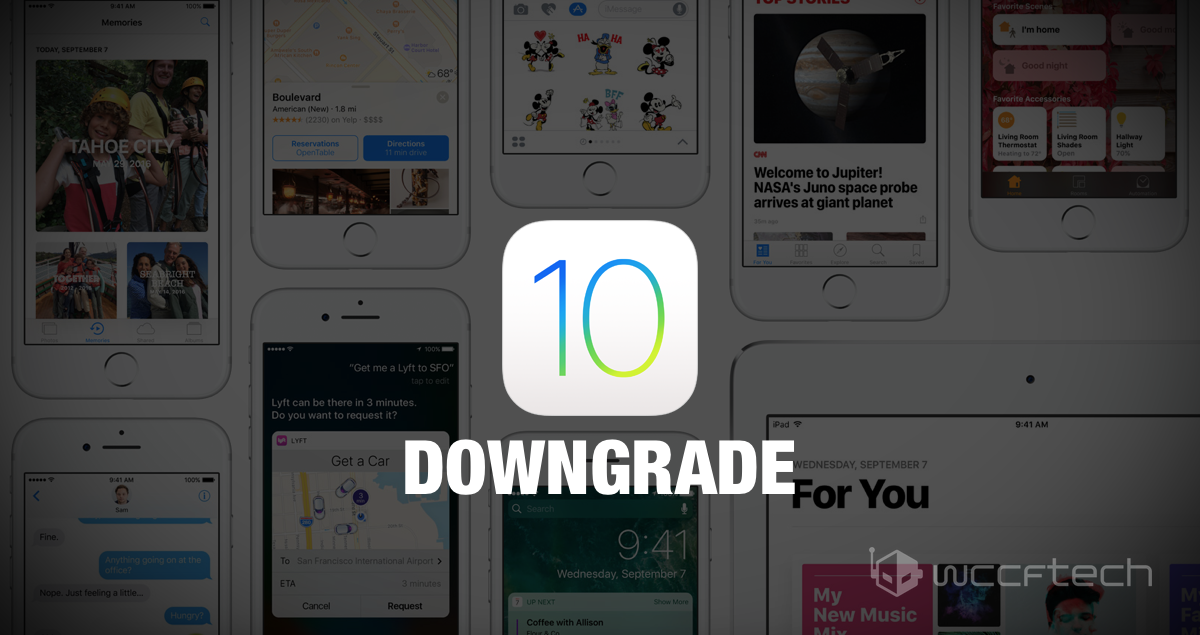 Apple released iOS 10.1 Beta a few days back, with the update being specifically aimed towards iPhone 7 Plus users. The update brings with it the much-awaited depth-of-field effect in the Camera app, allowing users to take DSLR-like photos. And since the software making this all happen is currently in beta, therefore it might just not be everyone's cup of tea. Hence in today's guide we will show you how to downgrade iOS 10.1 Beta to the publicly signed iOS 10.0.2 and iOS 10.0.1 firmware. Interestingly, if you want, you can downgrade to iOS 9 as well. But make your move fast as Apple can stop signing the firmware at any given time.

1. Connect your iOS device to your PC or Mac and launch iTunes. If you haven't downloaded iTunes already then you can do so by heading over to apple.com/itunes.

2. Select your iOS device from the top left hand corner of iTunes, then click on the 'Restore iPhone' button by holding down the left 'Shift' key (Windows) or left 'Option' key (Mac).

3. A new window will come into view asking you to select the firmware file which you want to restore onto your device. Hence select iOS 10.0.1 or iOS 10.0.2 you downloaded beforehand.

4. Once the firmware file is selected, iTunes will begin the downgrade process.

At this point it's important to not touch your computer and let everything happen in its own natural flow. The entire process will barely take a few minutes and you'll be left with a fresh installation of iOS 10.0.1 or iOS 10.0.2.

Set up your device as you normally would and then start using it like a champ.

If you're looking to try out iOS 10.1 Beta on your iPhone, iPad, iPod touch then you'll be pleased to learn you can do so absolutely free. Why? Because the aforementioned software is available for Public Beta testers as well. Simply hit up on the links below for more details on how to download.