iOS 10 Jailbreak – The Possibilities, What You Need To Know 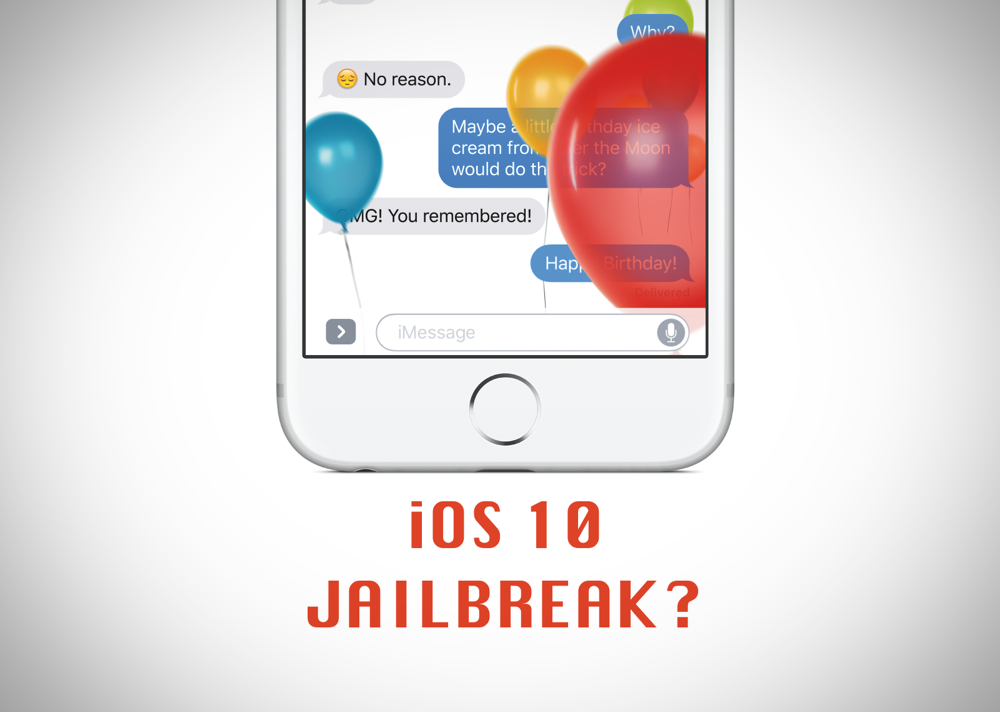 iOS 10 has been officially announced with the iOS 10 beta now available for developers. But what about an iOS 10 jailbreak? We'll walk you through everything you need to know at this point in time.

iOS 10 Jailbreak Possibility Is Minimum At This Point, But Will It Ever Be Released Sooner Or Later?

iOS 10 is an absolutely brand new piece of software. So brand new in fact that the first ever beta of the software was released just hours back for developers to try out. And like any other beta software with such a short span in the wild, it's very unstable and not deemed perfect for day to day use.

Apple has promised that the final build of iOS 10 will be released later this year, in Fall to be more precise. But, given the new features that are packed into iOS 10, should you wait for an iOS 10 jailbreak? Will someone take the liberty of cracking Apple's software come release day or before that?

Those questions are absolutely legit from a user's point of view, and one should keep in mind that since iOS 10 is ultimately a piece of software like any other, therefore flaws will exist in it that can be utilized to achieve an iOS 10 jailbreak. Which means, at some point in time in the future, we actually might end up seeing an iOS 10 jailbreak. While there's also a possibility that an iOS 10 jailbreak tool for developers might end up seeing the light of day instead of the final release. This has happened in the past, hence there's a possibility it will happen this time around too.

But quite frankly, while the possibility of an iOS 10 jailbreak may stand rife, it should be kept in mind that Apple is working round the clock to patch important security loopholes. This means even if an iOS 10 jailbreak is released for developers, Apple will no doubt do all it can in its power to patch up everything before pushing iOS 10 final to the consumer domain. Basically, developers wouldn't want to risk losing a working jailbreak beforehand by releasing a developer-oriented solution.

We have our hopes high for an iOS 10 jailbreak though. It's something which is absolutely necessary for a lot of users, especially those who crave to live on iOS but at the same time require customizations and tweaks that enhance the overall user experience for the user.

We will keep our readers updated regarding iOS 10 jailbreak so stay tuned to our coverage.