iOS 10 Install Base Crosses the 76% Mark on Active Devices 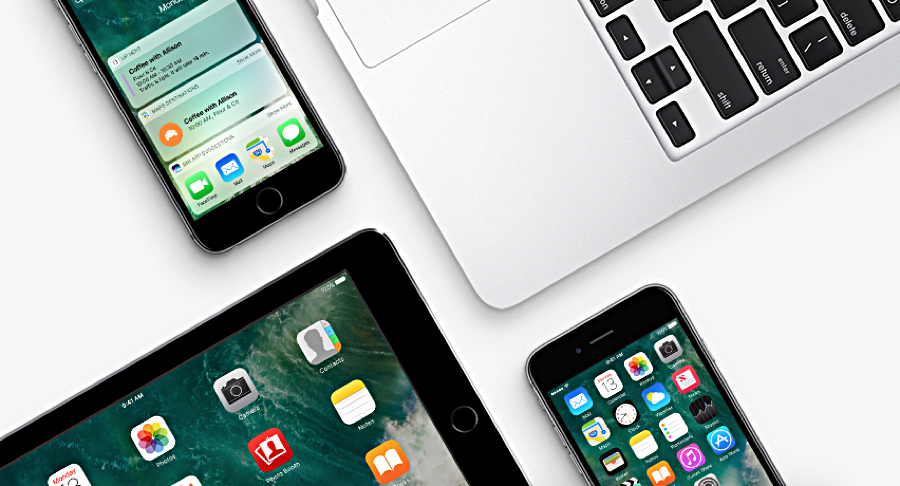 iOS 10 made its big debut late last year, and managed to garner a respectable adoption rate. So much so in fact that the mobile OS from Cupertino is currently seeing itself being installed on 76% of active iOS devices worldwide. That's a crazy number when you come to realize that last year's OS - iOS 9 - is sitting at 18% out of the total pie, at the time of writing. The leftover 6% is occupied by older versions of iOS. This data was revealed by Apple itself on the App Store support page. The data portrayed was updated on January 4th, 2017. 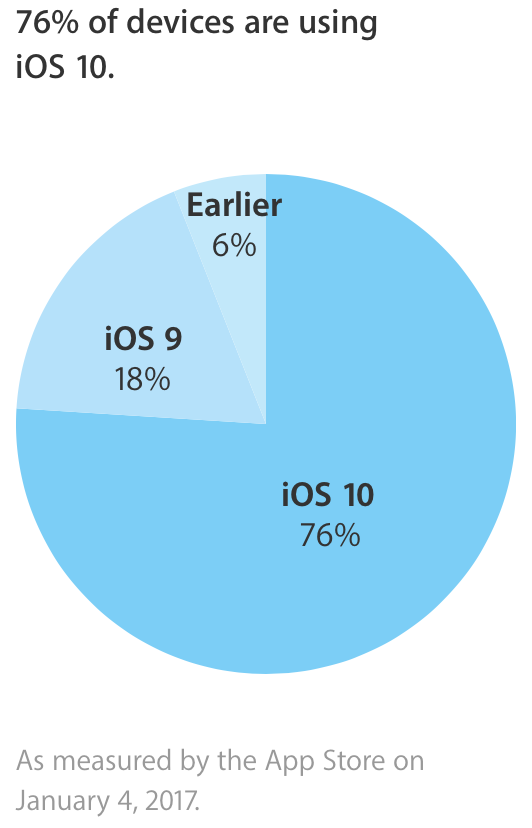 It's amazing how quickly iOS 10 is seeing itself being adopted by users around the globe. While the adoption did slow down in between, but thankfully, Apple managed to give things a mighty boost by releasing a couple of important updates. For instance, iOS 10.1 was a big update for iPhone 7 Plus users as it introduced Portrait mode. Apart from that, Apple pushed things even further by releasing iOS 10.2, which introduced new wallpapers as well as a handful of new emoji characters.

At the time of writing, iOS 10.2.1 is currently in beta, and Apple is rumored to release iOS 10.3 to developers next week. The latter will supposedly introduce a new feature to iOS called 'Theater Mode.' At this point, it's anyone's guess what said feature will do. Either it'll introduce the much-awaited night mode, or it might aid in silencing our phones for the better when we are sitting in a theater watching a movie. Whatever the case might be, we will be covering the update in detail.

Apple will, obviously, keep on releasing updates to iOS 10 until the next big thing, iOS 11, is released to public later this year. While things may look great for users, but iOS 10 requires quite a bit of polish, especially in the battery department. Despite adding performance related refinements, users have been constantly complaining about bad battery life from the get-go. Let's just hope Apple fixes things up sooner rather than later.