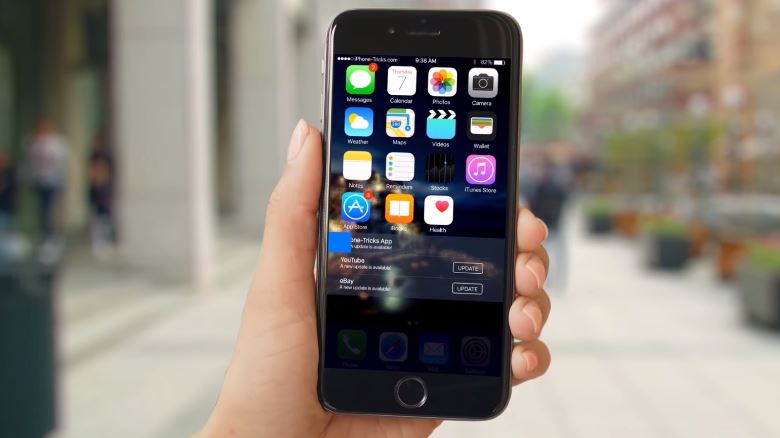 iOS 9 was not a major update in terms visual design changes, instead it brought quite a handful of under the hood improvements. With WWDC closing in fast, this could change as Apple unveils its iOS 10 to the public. Nonetheless, many iOS 10 concepts have come and gone showcasing what the next version of iOS might have in store for us. Similarly, this new iOS 10 concept shows abundant features that might satisfy those demanding visual design changes.

Apart from the features and other changes, we have to admit that the designer has put a lot of effort in developing the concept. The concept basically imagines a major iOS 10 upgrade that features friendly Home screen shortcuts, a revamped multitasking UI or App Switcher and a lot more. So lets see these features in a little more detail.

The Home screen shortcuts work in a way we're all familiar with. You simply have to swipe down on an app's icon and you will be able to accomplice tasks that normally requires you to open the app. As the designer puts it, to update a specific app, all you have to do is swipe down on an app icon and the relevant options will be displayed. This feature might really come in handy for some as it saves a lot of time and effort.

Other than this, the lock screen shortcuts let you play around with more controls without unlocking your device. For instance, you can see whether information and enable or disable alarms right from the lock screen. Moreover, the concept, like many other concepts, also brags a dark mode that puts less strain on your eyes caused by ample whites in some areas of iOS.

Furthermore, the multitasking UI has also been a victim of design overhaul. As can be seen in the video, it now shows more details in the running apps. To close an app, all you have to do is swipe down on it. Moreover, to close all of the running apps, simply swipe down on the Home screen card displayed in the multitasking UI. Different notification colors can be set for different apps, which will make it easier for you to recognize them at a glance.

All in all, the concept makes a lot of sense and would be perfectly feasible if some of them made it out. The desperation keeps building up as WWDC nears in as it will also preview updates for watchOS, tvOS and OS X. What do you think about this iOS 10 concept? Share your thoughts with us in the comments.