Introducing the Selfie Arm Because A Normal Selfie is Too Mainstream

The world is full of self-obsessed people and what they like to do best other than look at themselves all day long is to take selfies. That is why venture capitalists are willing to invest in companies that make selfie devices or selfie aid kits such as the selfie stick. But if think that the selfie stick was a threat to our future generations, then you haven’t seen anything yet.

Things just keep on getting weirder and weirder

Let’s get to know the newest concept in the selfie world, it’s called a Selfie Arm stick. It’s basically an arm with a mobile holder at the end that enables the person to take a selfie. Nothing screams ‘I’m a total forever alone loser’ more than the selfie arm stick. This is not a bad April Fools joke, it is actually a concept and is going to be released soon (let’s hope that it doesn’t). Apart from being weird, it is really creepy to be standing out in the public with an arm. It does however have a plus side, people may actually pity the poor person holding the arm and take pictures with them.

The developers of this genius (pun intended) invention are Aric Snee and Justin Crowe, on their page on DesignBoom they gave reasoning for the arm as follows:

Nobody wants to look alone while they mindlessly snap pictures of themselves — the product conveniently provides you a welcoming arm. And better yet, it doesn’t talk or have emotions of any sort. You can even create fake accounts and use its finger to like all your images; it’s not you it’s the hand! ‘Selfie arm’ is made of fiberglass, is lightweight and portable, and fortunately only a prototype. The collaborative project is a direct commentary on the growing selfie stick phenomenon, and the constant, gnawing need for narcissistic internet validation.

They are not to blame, they are just giving the public what they want. Just in a really creepy way, but one day people will be seen taking selfies with the selfie arm stick and then the developers would have the last laugh. 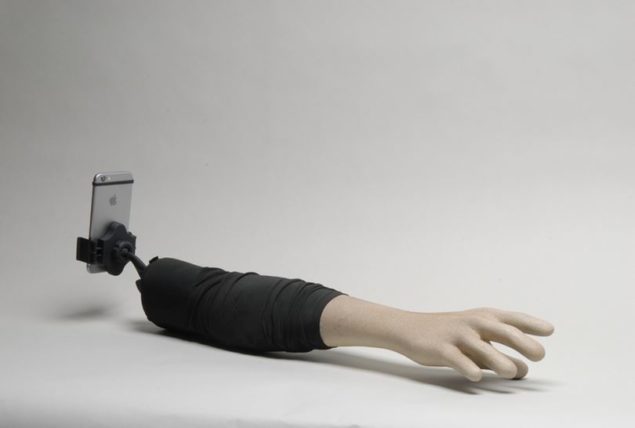 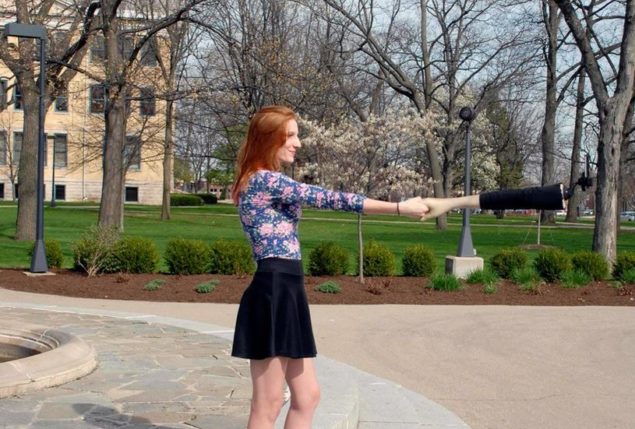 The device in action. @Credit URL

Selfie Drones Are Finally On Their Way