Selfie Drones Are Finally On Their Way

Nowadays people are becoming more self obsessed, companies are finding it hard to figure out what new technologies can really satisfy people's desire of digital self-love. With the increasing innovations across the globe, selfie drones are finally on their way. After the huge success of selfie sticks around the world, selfie drones are going to be the new trend soon. Taking self obsession to a whole new level! 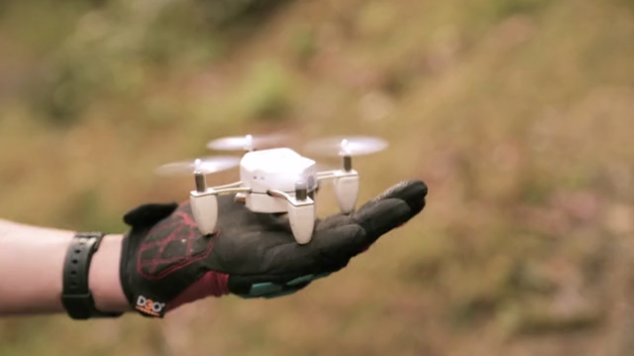 A nano drone that has been developed by China's Elecfreaks is one of the newest addition of ELF into the space. The company in order to raise up to $20,000 finally launched an Indiegogo campaign and by doing that a total of $8000 has already been gained in a matter of just a day.

"ElecFreaks is an open hardware facilitation company based in Shenzhen, China. Benefiting from the largest electronic market, local manufacture power and convenient global logistic system, a vast number of funny and exciting products are created every day. We integrate resources to serve new era of innovation".

According to what has been revealed about this in a description:

The ELF is your nanocopter that fits into your pocket and high-definition aerial photo robot that anyone can capture videos and photos from the sky. ELF features both cutting-edge technologies and fully hackable platform, all specifically designed for ease, joyful and affordable piloting experience.

Zano's Kickstarter has already raised an amount of $3.4 million however these people claim that they are one of the first ones in the line of selfie drone producers. Zano's reality was shown in Consumer Electric Show 2015 which explained how selfie drones are the new trend. The anticipated prototype will take pictures, can also be thrown in any given direction and will be back to you according to the directions provided and time limit.

So, with this new invention you'll have selfie drones all around you at the dinner tables and in parties around you. And you'll probably have a whole new model of viral videos and vines that will be used for various purposes. Say hello to more people with obsessive selfie disorder.

Introducing the Selfie Arm Because A Normal Selfie is Too Mainstream