Intel has confirmed that they will be launching their unlocked Skylake-K series processors for laptops later this year. While talking to Hexus at IDF15, Intel's Kirk Skaugen, Senior Vice President & General Manager of the Intel PC Client Group, confirmed that his company plans to launch enthusiast variants of the Skylake processors featuring unlocked design to allow overclocking.

The announcement comes from IDF15 where Intel also showcased their next iteration of high-performance mobility processors based on the Skylake architecture. We already detailed the entire Skylake-H and Skylake-U series lineups but it should be noted that the Skylake-H mainstream lineup will come with specific parts that are going to be geared towards the high-end enthusiast laptop market. Intel will be producing unlocked chips for these notebooks which will allow the same overclocking capabilities as the desktop variants however due to the thermal bound and power constrained designs of notebooks, we will see some limit to the overclocking that will be achievable on these new products. 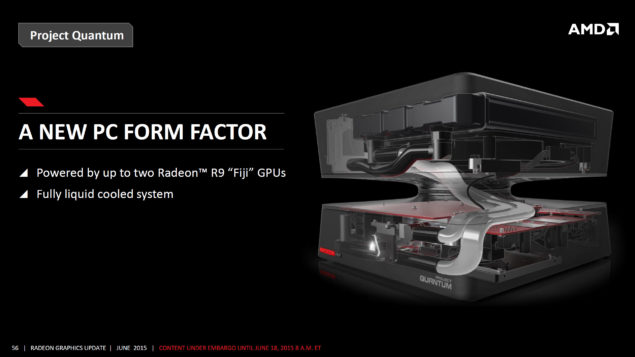 Three hardware manufacturers and AIB partners of Intel that include ASUS, MSI and EVGA already seem to have early prototypes based on the new Skylake-K mobility processors. While ASUS and MSI are known for their enthusiast grade laptops, EVGA seems to make a new entry later this year with their Skylake-K mobile based laptop lineup. It will be interesting to see these unlocked processors coming over to enthusiast grade laptops. MSI and ASUS will try to redesign the current cooling schemes on their laptops to make them fit for unlocked chips that will consume more power when users try to push higher voltages and end up generating more heat than the reference specs. It could be possible that as we see more design changes in the future, laptop makers will switch over to AIO liquid cooled designs like the one featured on the AMD Quantum PC and as chips become smaller, we may even see built-in liquid cooling integration like AMD did with the Radeon R9 Fury X. Some of the overclocking features found on Skylake processors are detailed below:

With Skylake, Intel is leveraging their overclock support on their processors. Intel already added significant overclocking features on Haswell with real-time overclocking software, ration base clock overclocking and latest Intel XMP modes with their Intel Extreme Tuining utility. With Skylake, Intel adds full range BCLK tune options and improved DDR4 memory overclocking. With a fully unlocked turbo design that is controllable through software and BIOS, the full BCLK overclocking allows full range, 1 MHz increments over Haswell's Ration-based tune in 100/125/166 MHz. The unlocked core ratios can be tuned up to 83 in 100 MHz increments with complete turbo overrides for voltage, power limits, IccMax. The Skylake processors also fully support DDR4 overclocking with override capabilities of up to 4133 MT/s and DDR steps tuning in 100/133 MHz compared to 200/266 MHz with finer grain increments. Even the graphics clock can be tuned with ratios up to 60 in 50 MHz increments, with fully turbo voltage controls.