Soon as Intel’s new Ivy Bridge chips hit the shelves, reviews started churning out with everyone citing over heating issues on the 22 nm chips as compared to the 32 nm Sandy Bridge processors. The problem cited to be the thermal paste being used in between the CPU die and the heat spreader on top of it. 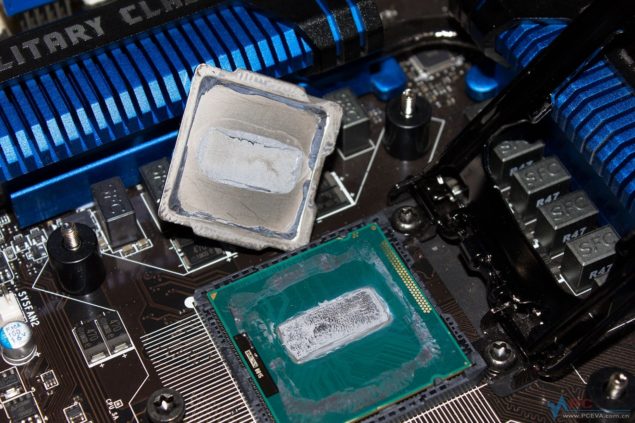 A forum member from PCEVA set to look in detail into the issue and therefore did a set of tests to overcome the heating issue in the new Core i7 3770K processors.

The test setup used was as follows:

The standard 3770K ships with a thermal paste known as “Star DRG33” and as we all know miserably fails to dissipate heat when overclocked above 4.4 GHz and so on. First off, the standard shipped 3770K is overclocked to 4.4 GHz with 1.160 vcore and stress tested on Prime95. 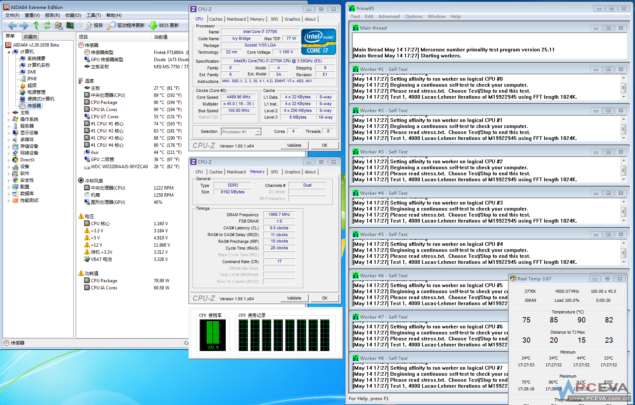 Soon enough temperatures reach up to 90C in seconds and a mere minute later the system suffers a BSOD.

Now using Noctua’s NH-T1 as a thermal grease replacement on the CPU die that is readily available on the market and known for its ultra efficient heat dispersion efficiency, the same benchmarks are run with the exact same settings used earlier. 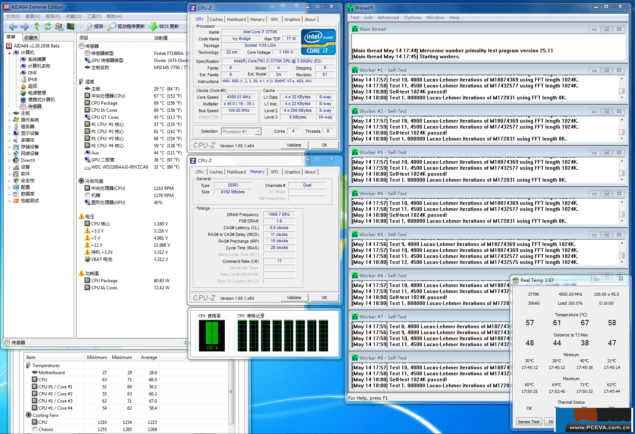 And straight away, the temperature difference is easily notable.  The maximum temperature recorded was 71C without a single BSOD!

Clearly that shows of what’s causing the overall heating issue on all Ivy Bridge processors as comparatively earlier Sandy Bridge 32 nm CPUs used flux solder in between the die and the cooling roof of the CPU as a thermal conductor. Grease on the other hand seems to be a bad move by Intel. 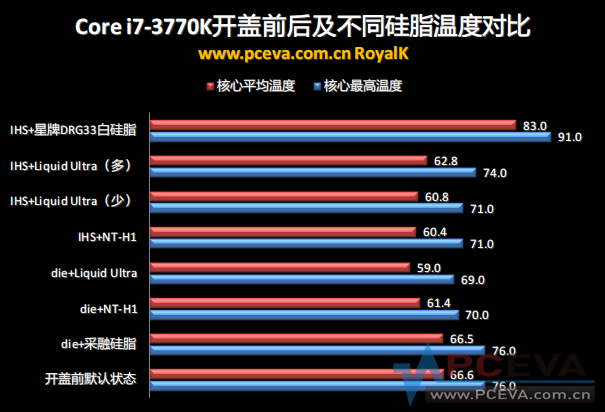 Furthermore, the bencher had used a variety of thermal pastes from other manufacturers and even resorting to use the heatsink directly on top of the CPU die that had dropped the maximum recorded temperature to 69C on stress testing.

So for those of you who were afraid of overheating issues should stop worrying if they can risk to take of the CPU cooling roof and change the thermal grease themselves.