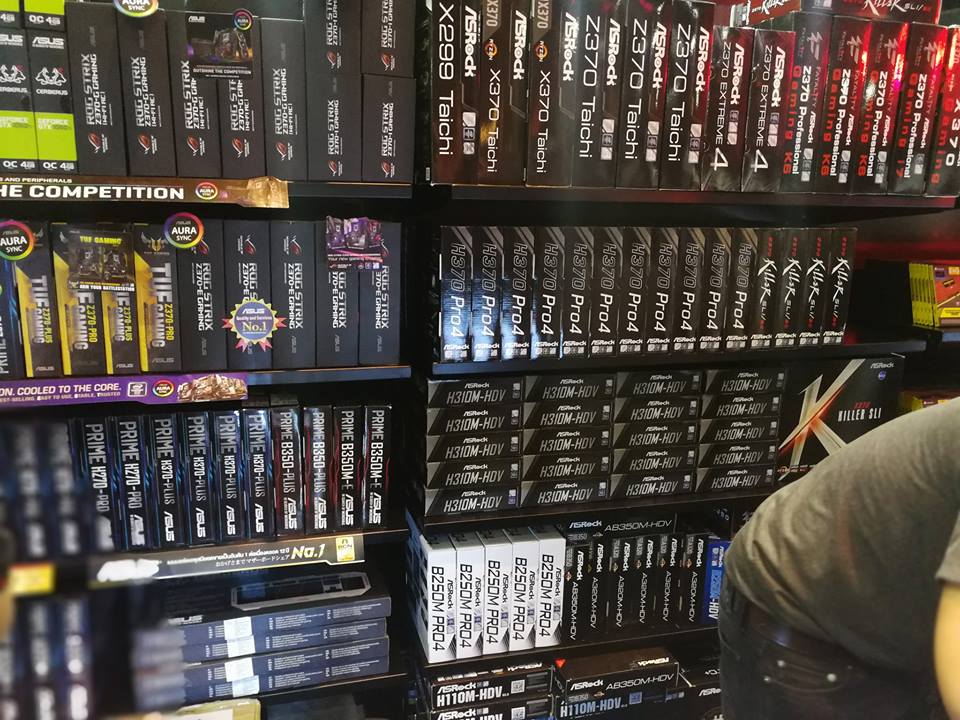 It's no secret that Intel will be introducing a new 300-series chipset lineup in a few days for their new budget oriented Coffee Lake processors. The motherboard lineups have already been leaked and covered by our friends at Videocardz but it looks like some retailers in Asian regions have already started displaying this motherboards for sale.

Intel H370 and H310 Chipset Motherboards Show Up In Thailand Retail Outlet, Up For Sale

The pictures from retailer Notebookspec's official facebook page show that the H370 and H310 chipset based motherboards are placed along side Z370 motherboards which have been in the market since last year. The Z370 chipset motherboards were the only option so far for builders who were upgrading to Coffee Lake but in terms of prices, these motherboards don't offer a lot over the budget tier H370, H310 and B360 products arriving on 2nd April.

The images reveal a full range of motherboards from the top three board manufacturers can be already seen on the store shelves. This means that people can already purchase them before the official launch date which is set for 2nd of April. Whether this is the store breaking the NDA or a region specific case, that is not known but those who wanted to buy these boards in Thailand for something like a Coffee Lake Core i3 or Core i5 chip can grab them from this store.

Intel will also be launching a wide range of processors the same day which will include more budget tier options for consumers. We aren't going to see any replacements for the Core i7-8700K or Core i5-8600K anytime soon but Intel does has a 8 core Coffee Lake-S product planned for launch later on which will be accompanied by their latest Z390 chipset motherboards. Intel will also introduce their mobility high-performance, Coffee Lake-H SKUs in the coming weeks which will be aimed at high-end gaming laptops and notebooks.