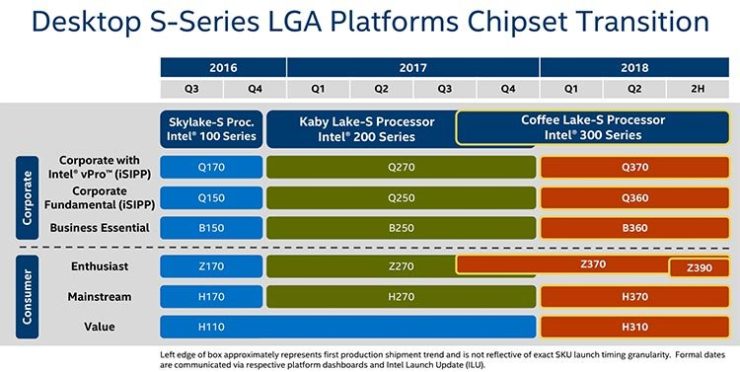 Intel's reaction to AMD's Zen core count appears to have arrived. While we had the Core-X series for the HEDT platform, Intel's mainstream offerings were limited to 6-core variants. For what appears to be the first time ever, 8-core Coffee Lake-S processors have been spotted on 3DMark database (via Videocardz).

The second portion of this leak is a Z390 motherboard, which is going to host the new mainstream SKUs. This is something we have already seen a lot of before. Considering the nomenclature of the motherboard states is non-AIB, "Intel Corporation CoffeeLake S82 UDIMM RVP", this is an engineering sample and most likely was accidentally leaked straight from Intel labs. It also means that the final revisions must be ready soon and AIB seeding will begin.

Intel's new 8-core processor will be based on the 14nm architecture and should allow the company to offer a tit-for-tat variant against AMD's Ryzen series. There's not much information you can get from this screenshot since the clock speeds are clearly not finalized and will almost certainly change. Part of the Coffee-Lake refresh platform, the SKU should be landing sometime in summer. 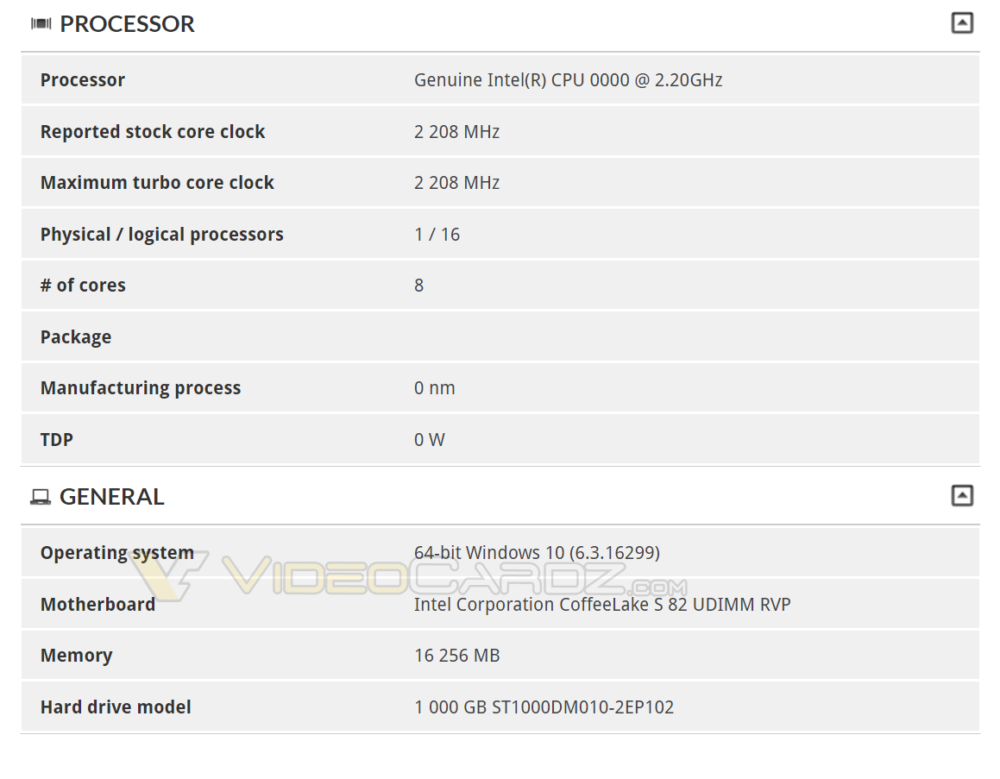 Unfortunately, the score of the processor isn't shown - not that it would have been even slightly meaningful considering the state of the clocks. Now, you may be confused between the hot mess of codenames that is Intel’s product roadmap, so I think I will take this time to clarify a bit. Intel’s Kaby Lake is followed up by Intel's Coffee Lake on the 14nm Process. Coffee Lake is basically Kaby Lake’s ‘optimized’ architecture but in variants that support more than 4 cores (remember KBL was limited to 4 cores only).  The high end side of things should be succeeded by Cascade Lake CPUs sometime at the end of the year. 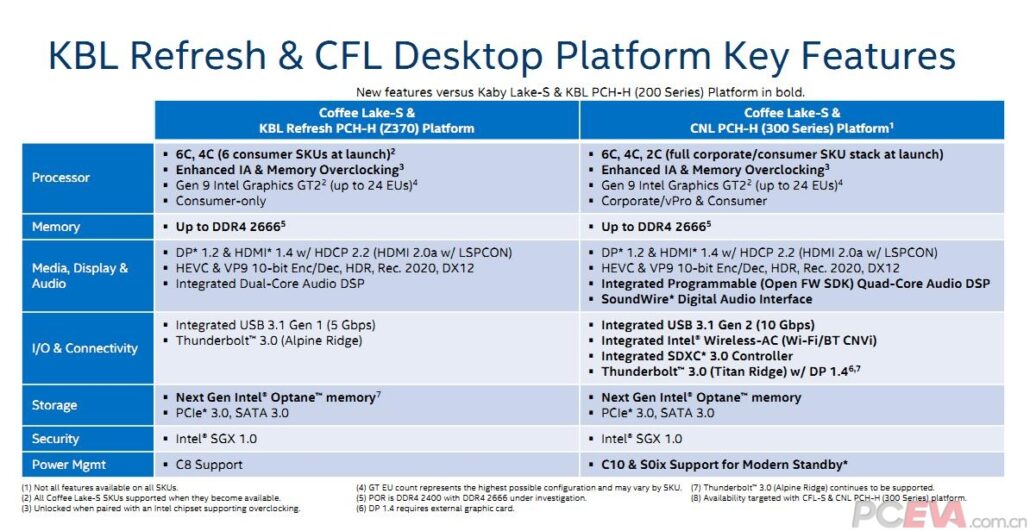 The CNL-PCH block diagram which details the Coffee Lake-S and Coffee Lake-H series processors. Intel will keep support on the CNL-PCH intact. The new chipset does mean that Intel has the opportunity to change the socket and considering the unusual die structure and later support for 10nm processors, we can expect that to happen. LGA 1151 will have served two processor generations by then, Skylake and Kaby Lake.