NVIDIA's recently announced GeForce RTX 2050 is a weird GPU that no one asked for but the green team needs it really bad & the reason is Intel's upcoming ARC Alchemist DG2-128 graphics chip for the mobile segment.

It looks like NVIDIA is already facing the heat of upcoming competition from Intel in the discrete GPU segment. The recently announced GeForce RTX 2050 and MX500 series GPUs look to be the green team's answer to AMD's Rembrandt APUs and Intel ARC Alchemist DG2-128 GPUs. NVIDIA hasn't shared any performance figures of either chip but recent leaks have shown underwhelming performance numbers against existing APUs and entry-tier products.

Now it looks like Intel is warming up its ARC Alchemist DG2-128 GPU to sit right up against the GeForce RTX 2050 4 GB graphics card. In the latest leak by Moore's Law is Dead, it is reported that Intel's entry-level mobility GPU based on the Xe-HPG architecture will feature a base TDP of 35W & a maximum PL2 rating of 50W. It is interesting to see Intel bringing over its power limit numbering from CPUs over to GPUs. This will position the entry-level GPU right against the RTX 2050 mobile & which also has a similar TDP design rated between 30-45W.

Also, notice how NVIDIA's GeForce RTX 2050 has a 64-bit bus interface which very much aligns with the 64-bit bus interface of AMD's Navi 24 and Intel's ARC 128 entry-level GPUs. Furthermore, all of these GPUs are planned for launch in Q1 2022 (Spring). It looks like NVIDIA is very desperate to get a decent market grip in the entry-level segment but with Intel coming in as a 2nd and very strong contender in this segment, things might get difficult, not only for NVIDIA but for AMD. AMD still is going to maintain some level of market share thanks to its APUs but that is until Intel starts to out faster chips with faster Xe GPUs onboard them. The only way to fend of ARC for NVIDIA is to either get aggressive in product positioning or cut down prices of their chips for mobile.

Then lastly, we have the Intel Xe-HPG Alchemist 128 EU (8 Xe Cores) parts. There are two configs that feature the full-fat SKU with 1024 cores, a 96-bit, and a 64-bit variant with 6 GB and 4 GB memory capacity, respectively.

The cut-down variant will come with 96 EUs or 768 cores and a 4 GB GDDR6 memory featured across a 64-bit bus interface. The chip will also feature a clock speed of around 2.2 - 2.5 GHz and have a sub 75W power consumption which means we will be looking at connector-less graphics cards for the entry-level segment.

Following are all the ARC 128 EU variants that we can expect based on the DG2-SOC2: 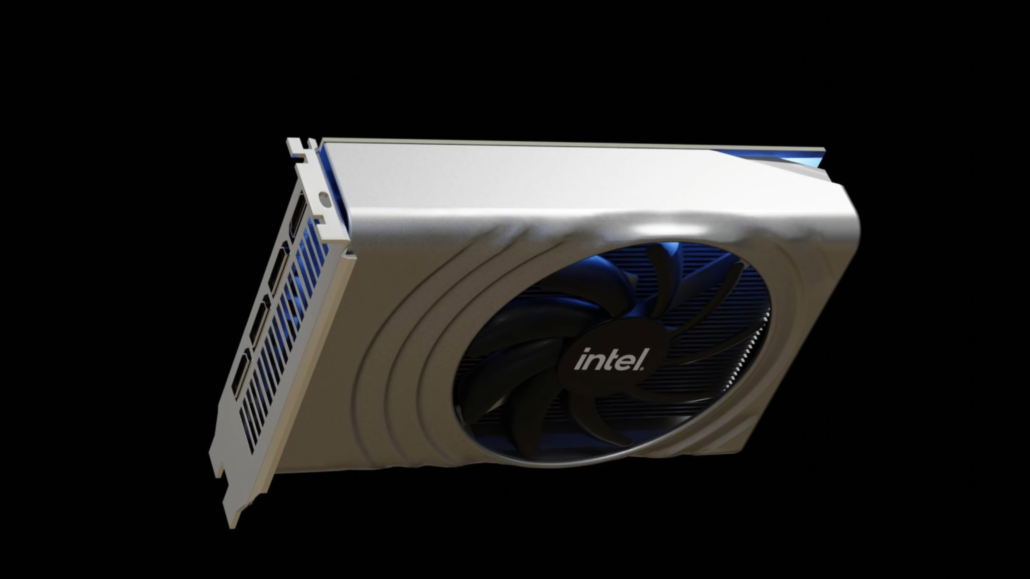 Performance is expected to land between the GeForce GTX 1650 and GTX 1650 SUPER but with raytracing capabilities. One big advantage that Intel could have over AMD and NVIDIA is that with these cards, they might enter the sub-$250 US market which has been completely abandoned in the current generation of cards. The GeForce RTX 3050 series only got a laptop release so far with RTX 3060 serving the mainstream Ampere segment at $329 US while the RX 6600 is is its main GPU competition for around $329 US.