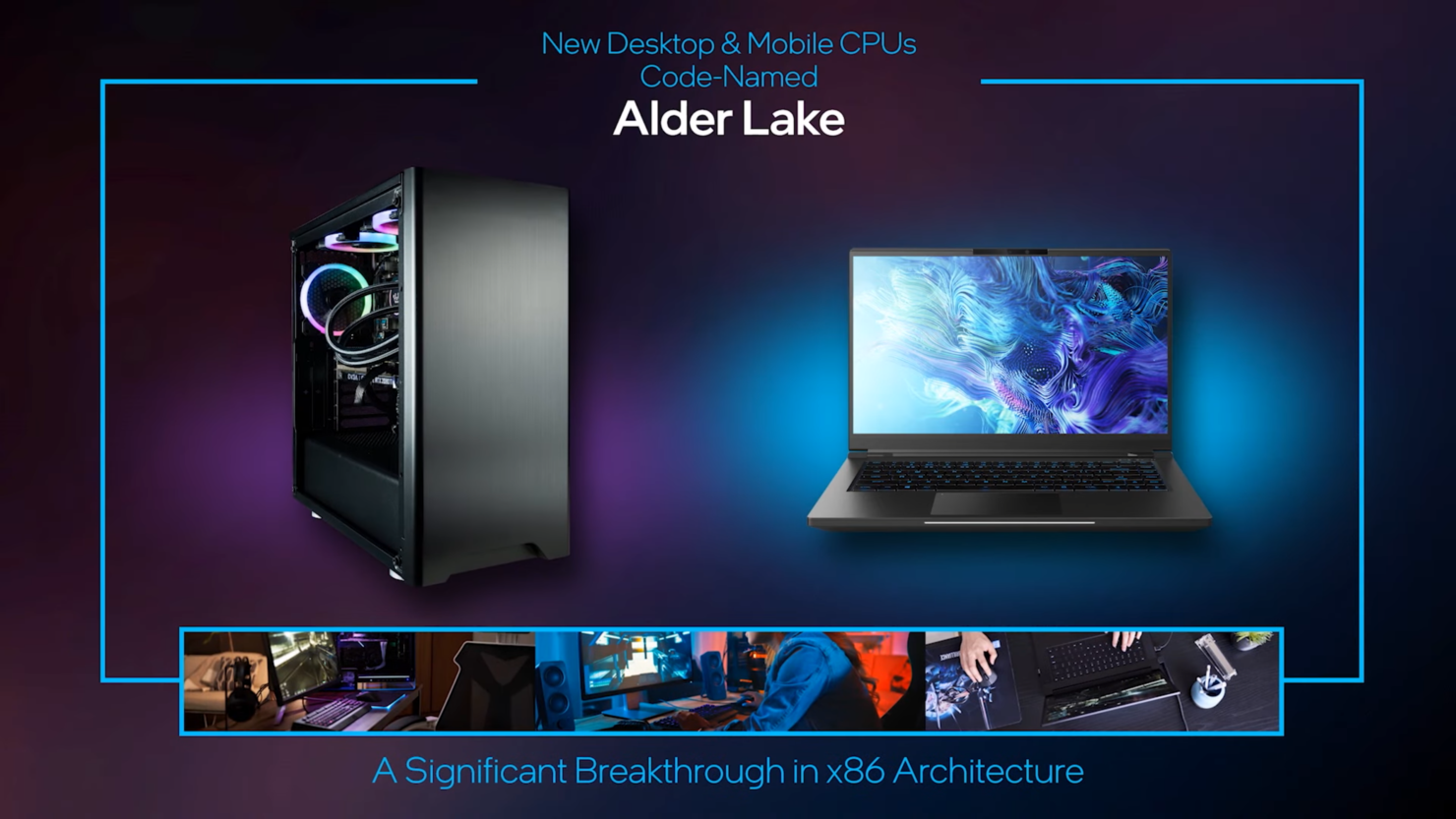 A brand new 12th Generation Intel Alder Lake mobility CPU has appeared within the Geekbench database. The mobility CPU features more cores and threads than any existing notebook chip & also comes with some respectable clock speeds despite it being a very early engineering sample.

The Intel Alder Lake CPU spotted within the benchmark database is part of the Alder Lake-P lineup. The 12th Generation family will be split between the notebook Alder Lake-P and the desktop, Alder Lake-S lineups, both of which would be featuring a hybrid core architecture. The CPUs will feature both x86 'Cove' and 'Atom' cores with the bigger cores running in SMT configuration & the smaller cores running without SMT. 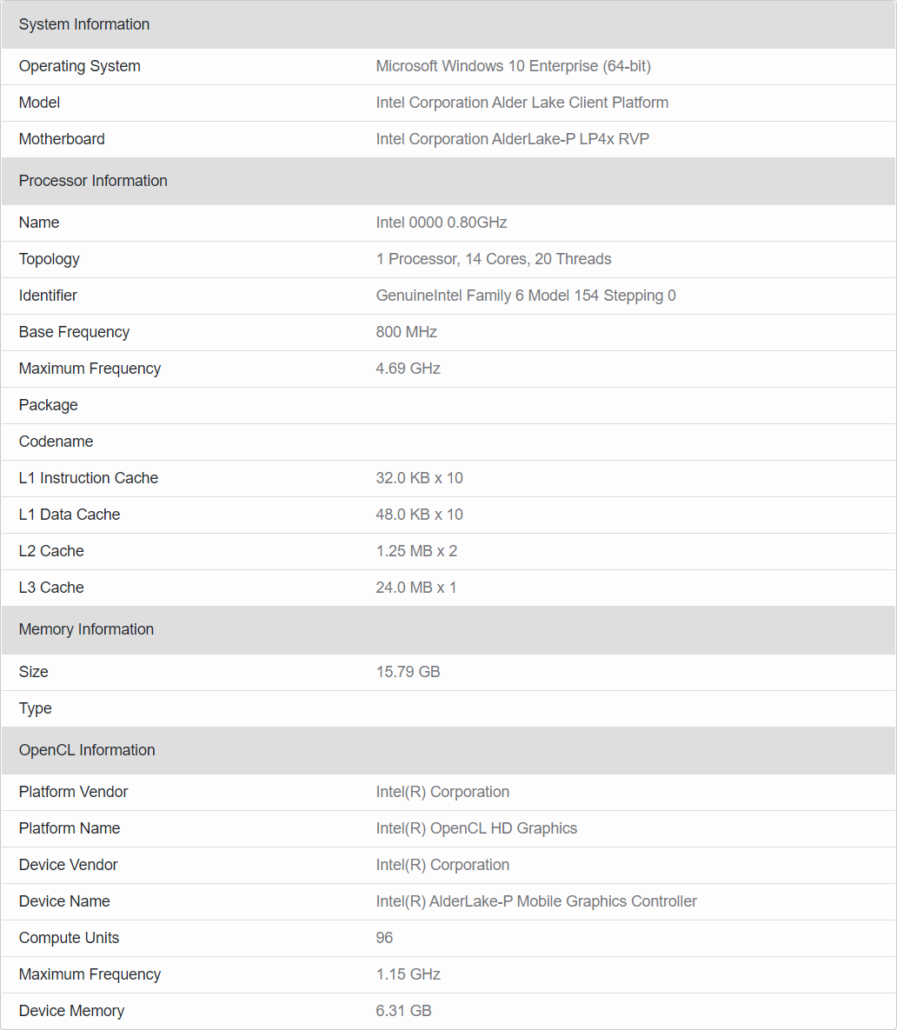 The engineering sample features 14 cores and 20 threads. This configuration is only possible with a 6+8 (Big/Small) design. Since only the bigger Golden Cove cores feature SMT, we get to 6 cores and 12 threads while the remaining core/thread count is covered by the 8 smaller Atom cores. If we are to use an 8+6 configuration, then the core count would be 14 too but the thread count would end up being 22.

Other specifications include 24 MB of L3 cache and 4 MB of L2 cache. The CPU was seen running at speeds of up to 4.70 GHz but it is still an early ES chip with a base clock of just 800 MHz & average clocks of around 4.1-4.2 GHz. In addition to that, the CPU features the GT1 graphics chip that packs 96 Execution units or 768 cores clocking in at 1150 MHz. The OpenCL score for both of the Intel Alder Lake CPU entires ends up around 13,440 points which aren't that impressive but it's also kind of expected considering that the graphics driver isn't yet fully optimized.

In addition to the chips, the LGA 1700 platform is said to feature the latest and brand new I/O tech such as support for DDR5 memory, PCIe 5.0, and new Thunderbolt / WiFi capabilities. While the chip design methodology isn't anything new as we have seen several SOCs feature similar core hierarchy, it would definitely be interesting to see a similar outing on a high-performance desktop CPU lineup when Alder Lake launches in Q3 2021.