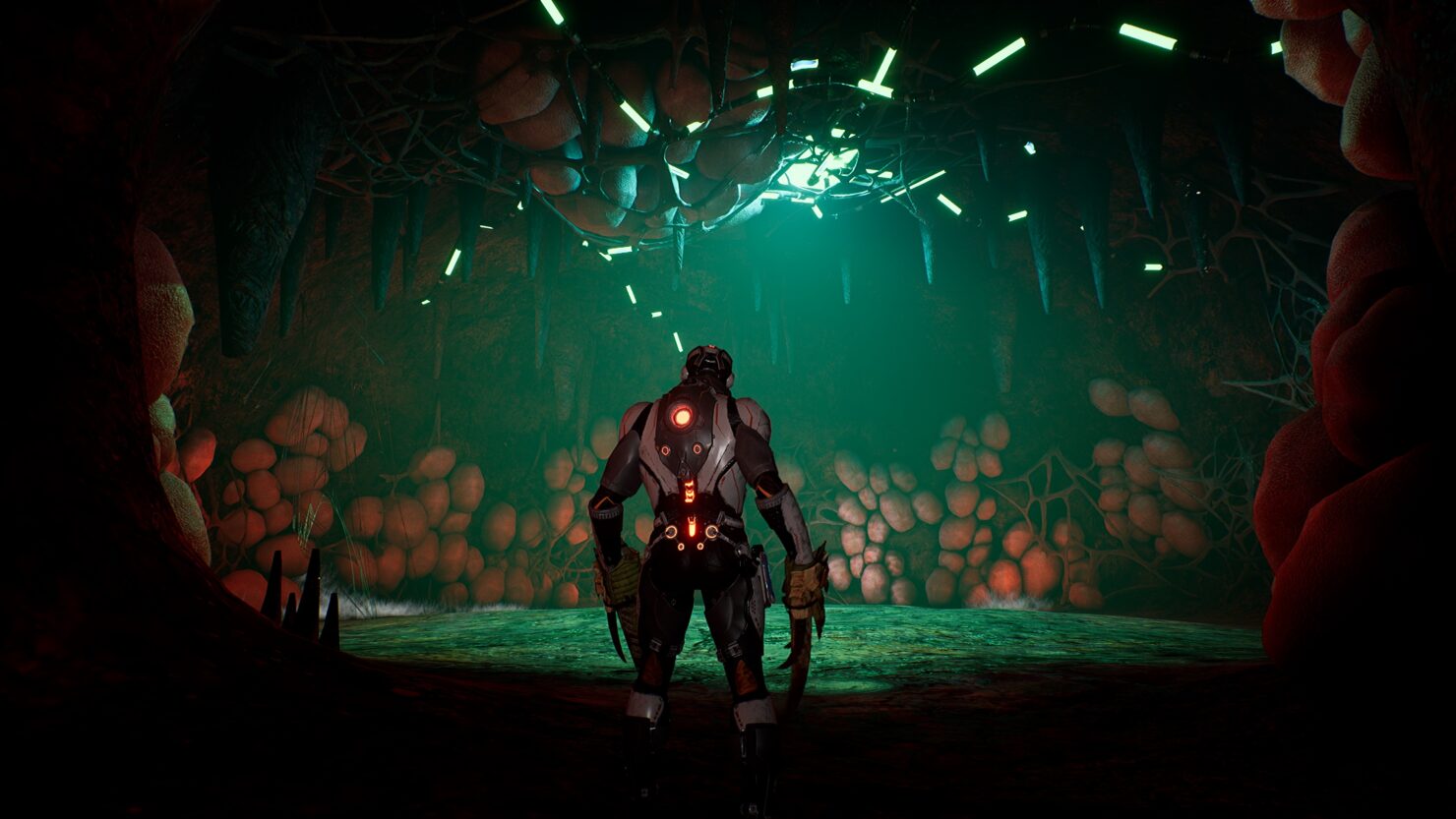 As per the headline, the Sci-Fi Soulslike game Dolmen is set to launch on May 20th, at least according to the Xbox Store. It's far from the first time the Xbox Store leaked a game's release date ahead of any official announcement, and the date is no placeholder, so it's likely to be correct. Interestingly, the Xbox Store page also lists ray tracing as one of the game's features alongside cross-platform cooperative play.

Brazilian developer Massive Work Studio attempted a Kickstarter campaign back in 2018 but failed to reach the minimum funding goal. However, the developers kept working on the game and eventually found a publisher in Koch Media through its Prime Matter label.

Here's an official overview of the game, which will be released for PC, PlayStation 5, PlayStation 4, Xbox Series X, Xbox Series S, and Xbox One. We've also embedded below the most recent Dolmen gameplay footage shared by Massive Work earlier this year.

Dolmen casts players onto a hostile alien world known as Revion Prime. Your job? Bring back samples of a crystal with particularly unique properties; the so-called "Dolmen".
These crystals are capable of allowing interaction between realities, revolutionising space exploration and changing the known world forever.

DYNAMIC COMBAT
In Dolmen you will grow stronger with each battle!
Experience a rich combat system with various weapons and moves at your disposal.
Switch natively between melee and ranged combat to overcome the most challenging enemies Revion Prime has to offer.

ENERGY MODE
Energy management is key to victory in Dolmen.
Energy is not only used for ranged weapons, but also for activating "Energy Mode".
"Energy Mode" imbues your melee weapons with elemental status effects, letting you take full advantage of your enemy's weaknesses.

DISCOVER A MYSTERIOUS PLANET
A devastated, darkly beautiful world is waiting to be explored.
Will you find all the secrets that Revion Prime has to offer? Or will this cruel world push you to the brink of death?

A CHALLENGE AWAITS
Surviving is the last thing this world wants you to do.
Will you see your timeline erased or will you overcome the challenge that awaits you?

ENCOUNTER GRUESOME BOSSES
Revion Prime offers a plethora of gruesome monstrosities that will put your skills to the test.