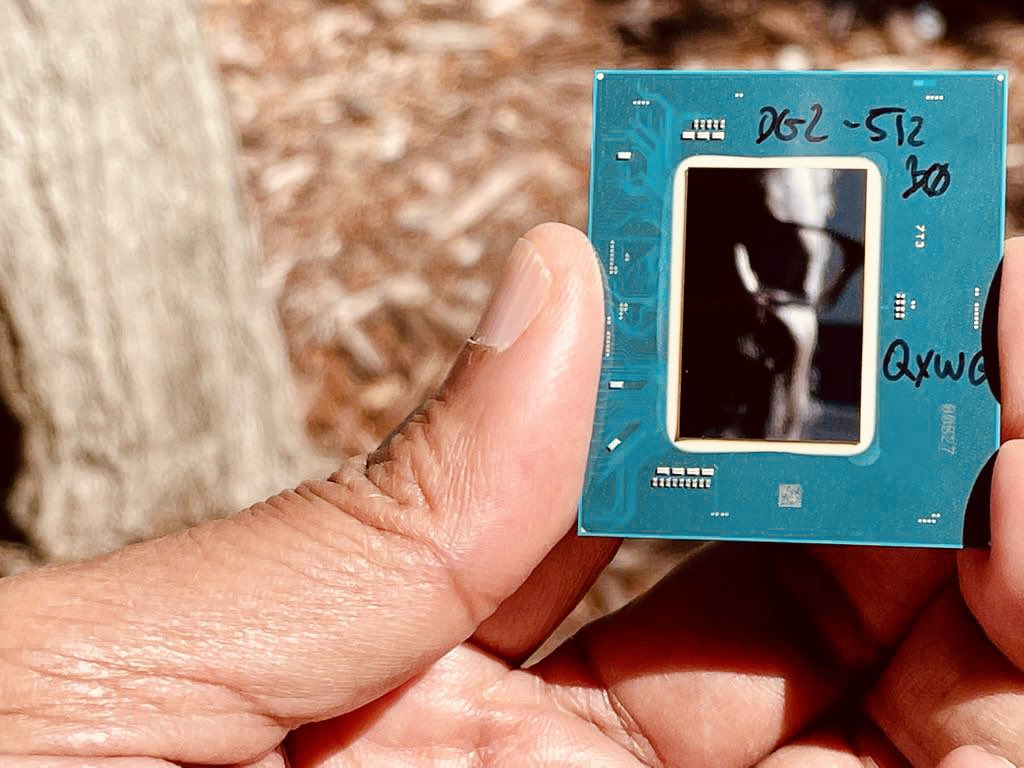 The performance numbers of Intel's next-generation Xe-HPG DG2 Gaming GPUs have leaked out by TUM_APISAK. The performance metrics which were obtained through an online database show that Intel will have their fastest chips pitted against AMD & NVIDIA's 2nd best chips within their current RDNA 2 and Ampere lineup.

The leaker shared performance numbers of two Intel Xe-HPG DG2 SKUs, one being a 448 EU part and the other being a 128 EU part. Do note that both of these GPU variants are based on different SKUs. The Xe-HPG DG2 with 448 EUs is going to be based on a cut down DG2-512 EU die while the 128 EU SKU is going to be based on the Xe-HPG DG2-128 EU die. Both will feature variable die sizes and we have only so far seen the flagship die from Intel themselves.

In terms of performance, the Intel DG2 448 EU GPU delivered performance close to the NVIDIA RTX 3070 while the RX 6700 XT was 8% faster. It looks like the flagship part with 512 EUs will compete in this benchmark favorably against the RTX 3070 Ti and 6700 XT. The 128 EU part is 12% faster than the GeForce GTX 1650 which puts it in the same league as the GTX 1650 Ti or 1650 SUPER. So we're looking at two GPUs with very different performance targets. Also, the DG2 512 EU chip is going to about the same size or slightly larger than the NVIDIA GA104 and AMD Navi 22 GPUs as reported here.

This shows that Intel might not compete against the flagship GPUs from NVIDIA and AMD, at least until the next generation. What they will do is try to offer more competitive products around the $500 US price range where the AMD Radeon RX 6700 XT and NVIDIA GeForce RTX 3070 currently sit. That plus backed with a good feature set such as hardware-accelerated ray-tracing support & their own AI super-sampling technology onboard, Intel might end up with a very attractive graphics lineup.

On the same front, Intel is said to offer its own 'XeSS' solution to rival DLSS and FSR. The encoding and prosumer capabilities are also going to be very impressive for Xe-HPG graphics cards. Intel has already confirmed support for hardware-accelerated ray-tracing, sampler feedback, & other DX12 Ultimate features on its Xe-HPG architecture.

Note - The leaker didn't mention what specific benchmark these numbers come from or the fact whether these are desktop or notebook SKUs however based on the comparisons being made, it looks like these are in fact desktop discrete graphics cards that were internally tested by Intel and spotted in an online database.

We have seen the Intel Xe-HPG DG2 GPU-based discrete graphics card engineering sample leak out last month along with some rumored performance and pricing figures, you can read more on that here. All we know for sure is that Intel will be launching its DG2 lineup later this year for desktops & mobility PC platforms.