We know that Intel plans to launch its Tiger Lake-H family of 10nm mobility CPUs in Q1 2021. With CES 2021 closing in, we are bound to get more information regarding the lineup from Intel and also their partners who have been hard at work in designing their next-generation products. It looks like ASUS has several notebooks planned for the Tiger Lake-H family and at least two gaming laptops have leaked out by the aforementioned retailer.

There are at least two ASUS TUF Gaming and also a single ASUS Zenbook variant listed with Intel's Core i7-11370H Tiger Lake CPU. These include the ASUS TUF Gaming FX516PM-I716512W0T, TUF Gaming FX516PR-HN002T, and the ASUS Zenbook UX564PH. Only the first model comes with the GeForce RTX 3060 6 GB graphics card while the GPUs for the remaining two models are not listed yet. They could also utilize a more entry-level NVIDIA or even Intel's own Xe based graphics chip such as the DG1 'Iris Xe Max'. 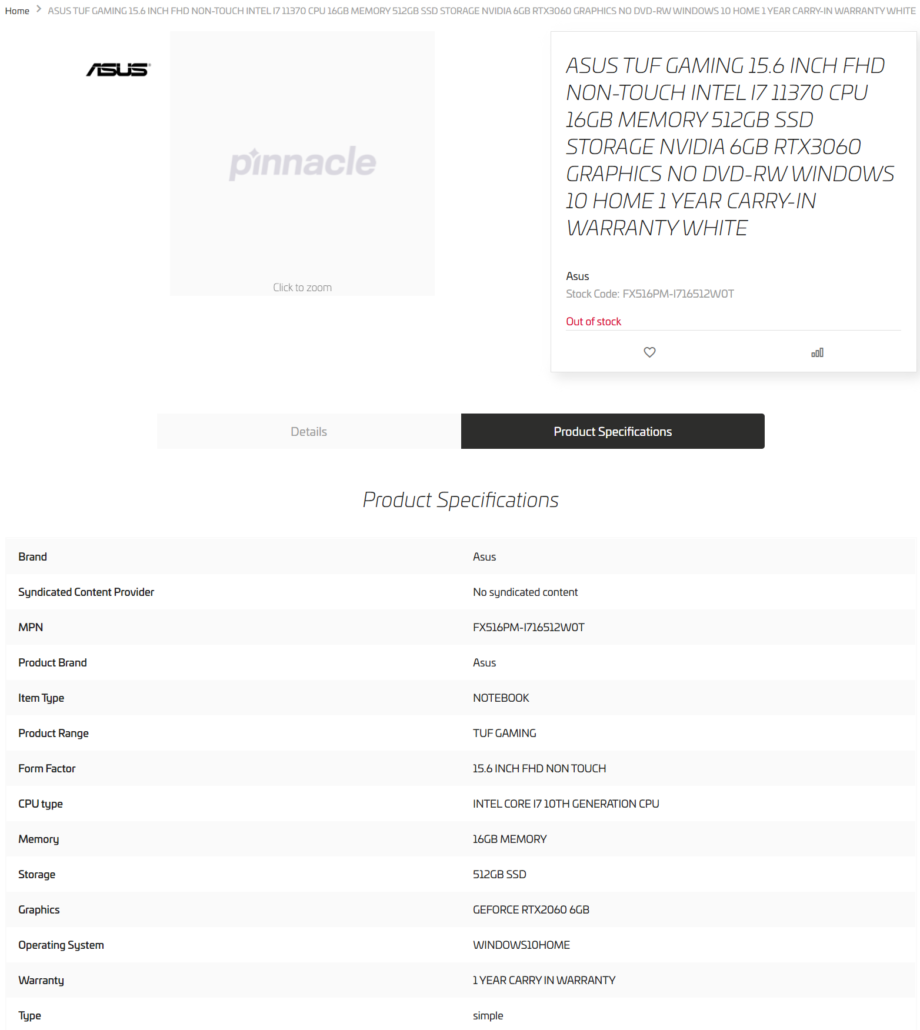 No specifications for the Core i7-11370H have been listed but the Tiger Lake-H family is expected to max out at 8 cores and 16 threads, the same as the Zen 3 based Ryzen 5000H processors. However , unlike previous generations, Tiger Lake-H CPUs will be based on the 10nm Willow Cove cores that feature higher IPC than the older Skylake based mobility CPUs for the enthusiast segment. As such, we can expect some big gains from Intel in the upcoming generation, giving us a first look at what 10nm could do in the high-performance segment.

As for pricing, the new ASUS Zenbook based on the Intel Tiger Lake-H CPU is listed for a price of 1420.76 Euros while the ASUS TUF Gaming model with the unlisted GPU will feature a pricing of 1399.47 Euros. That is before you account for the hefty VAT which is charged in the European region.

The TUF Gaming 15.6" model with the GeForce RTX 3060 6 GB and Intel Core i7-11370H additionally packs a 1080p display with 16 GB memory, 512 GB SSD storage and comes in white color. There would also be a black color option for users to purchase at the same price. the Intel Core i7-11370H Tiger Lake notebooks will be competing against AMD's Cezanne-H-based Ryzen 5000H laptops that release around the same time.

AMD is making grounds in the mobility segment with its strong Zen-based Ryzen U and Ryzen H notebook/laptop CPU portfolio and Intel will be facing some heated competition next year in the laptop segment.