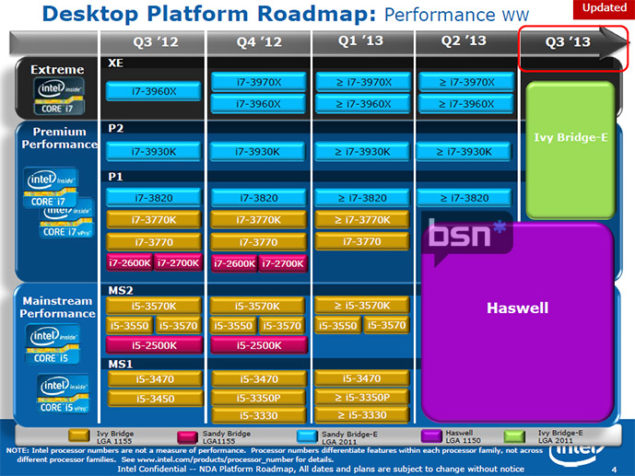 It was already confirmed that Intel was readying a new flagship processor by the name of Core i7-3970X for its LGA 2011 HEDT platform, Now a roadmap has been shown by BSN which confirms that launch of this processor in Q4 2012 along with the successor Ivy Bridge-E i7-4900 CPU's arrival in Q3 2013.

Image Courtesy of Bright Side of News!

We don't have more details available yet but expect them to be revealed soon as launch date nears. In the meanwhile you can check out details on Ivy Bridge-EP and Brickland/Gratley platforms. 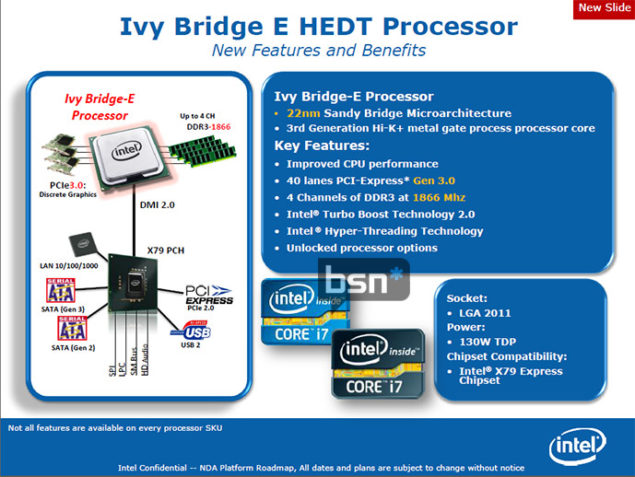