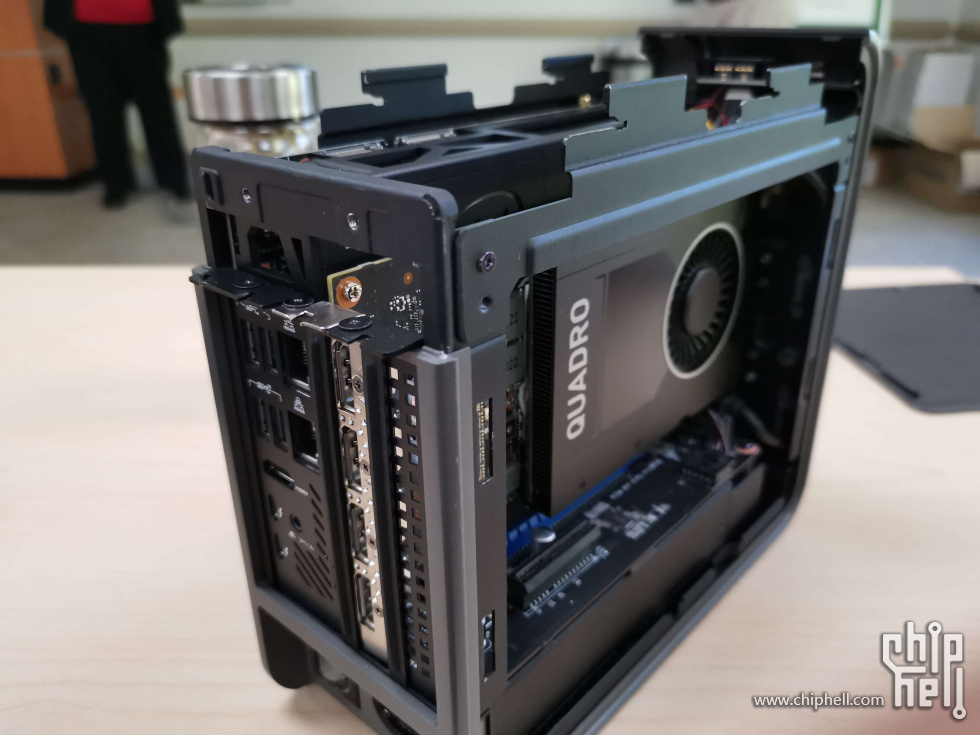 Intel's workstation ready NUCs codenamed Quartz Canyon have been spotted by FanlessTech. The soon to launch NUCs would be powered by Intel's top of the line Xeon E and 9th Gen Core i7 CPUs along with support for high-end desktop graphics cards.

Intel's Quartz Canyon Packs a Workstation Inside A NUC - Up To 8 Core Processor, Support For High-End Desktop Graphics Cards

It looks like the Quartz Canyon NUC is designed primarily to target workstation users. From the specs mentioned in the datasheet, the NUC looks to be one of the most powerful designs ever built and features support for up to 8 core processors which could either be a Xeon E series or a 9th Gen Core i7 series. In addition to its fast processing capabilities, the NUC would be able to support high-end desktop graphics cards. 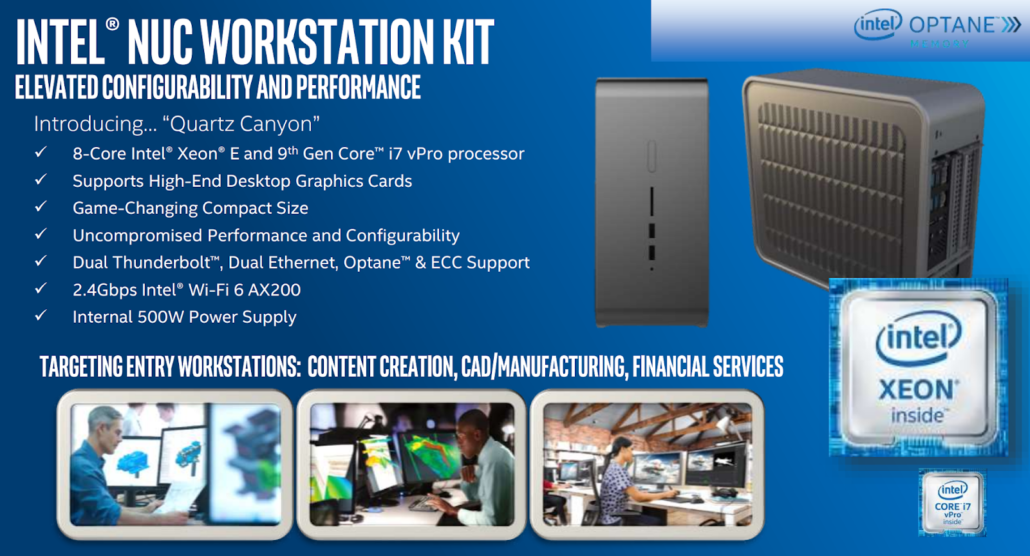 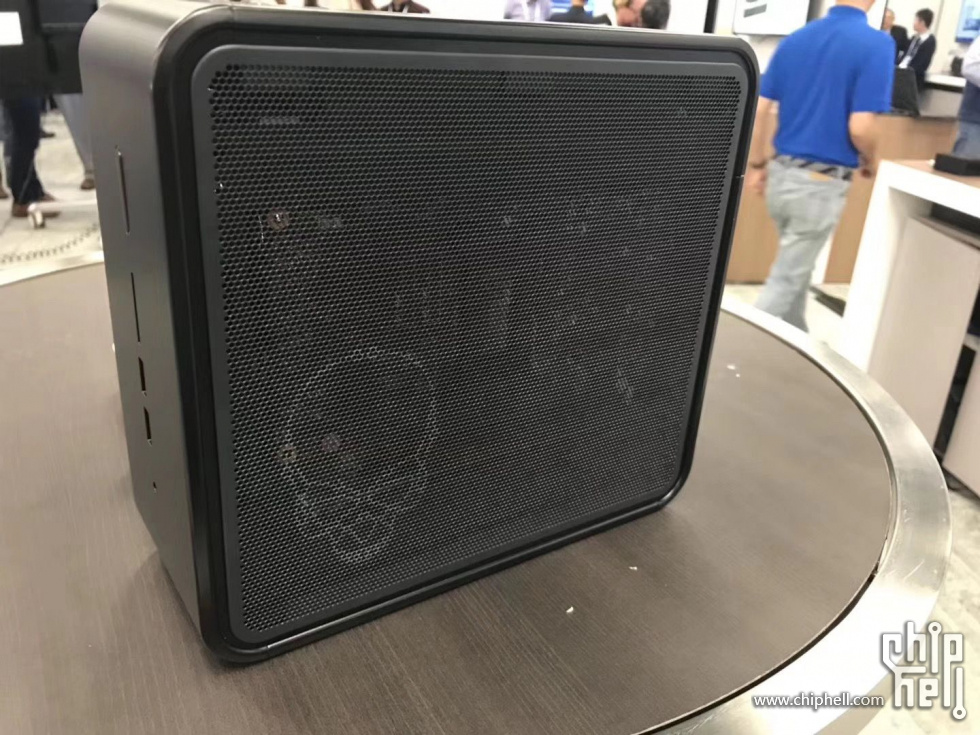 The design looks a lot similar to the 5-liter Ghost Canyon X NUCs which appeared last year but with a more rugged design. There's a large mesh grill on the top which includes the iconic Skull logo and several I/O ports that go on the front and back. (via Chiphell)

The internals of the NUC is very interesting as they are made up of three parts. First is the power supply unit which is located on the side of the enclosure followed by three add-in card slots. The CPU, memory, and PCH are housed on an add-in card that connects with a PCIe hub. This add-in card is powered by an 8-pin connector which mostly feeds power to the CPU. We can also spot two M.2 slots but looks like most of the hardware is soldered which means upgrading is a no go. The whole card has a copper-based heatsink and cooled by an active fan.

The second slot can be used for an add-in discrete graphics card however considering the size of the NUC, the options would be very limited but you can go as high as up to an RTX 2070 Mini which is available on shelves. There's a third PCIe slot which can only be accessed if your discrete graphics card is a single-slot design. The third slot comes in x8 configuration.

I/O on the Quartz Canyon NUC includes four USB 3.1 ports, two Thunderbolt ports, 1 HDMI, 2 LAN ports and a single audio jack. There are also two USB ports on the front, an SD card reader, an audio port and a power button. There are no words on when the NUC would be available but since it has already been showcased, I would expect to hear more on it soon.